Emmerdale‘s Megan Macey receives a surprise marriage proposal from Frank Clayton next week, but the timing couldn’t be worse.

Megan is stunned as Frank pops the question on the very same day that she has given into temptation with village newcomer Graham Foster (Andrew Scarborough).

Next week’s episodes see Megan get the wrong end of the stick when she notices Frank (Michael Praed) behaving strangely.

Megan can’t help fearing that Frank is cheating on her again, unaware that his furtive behaviour is only because he’s making some romantic plans to propose. 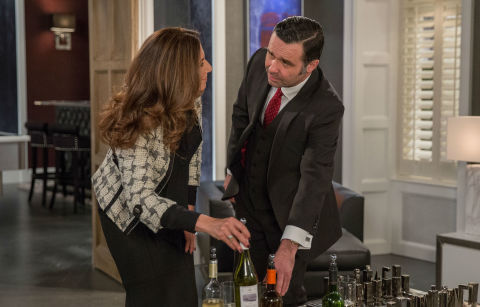 When Megan confides in Graham about her rocky relationship during a business meeting, Joe Tate’s right-hand-man realises this could be his chance to steal her away.

As Graham flirts, there’s a mutual attraction between him and Megan – leading to a passionate kiss.

Megan immediately regrets her infidelity and rushes off, but things only get worse for her when Frank drops down on one knee and reveals the real reason behind his recent secrecy.

Will Megan agree to marry Frank? And will Graham listen when Megan later begs him to keep quiet about what happened between them? 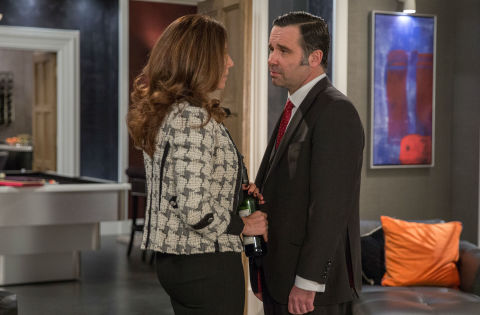 Gaynor Faye, who plays Megan, revealed: “Megan immediately feels guilty for cheating on Frank. Although she finds Graham attractive, she’s not the unfaithful type. She rushes out after it happens.

“When Frank later proposes, Megan feels absolutely terrible and extremely guilty. She doesn’t really know what to do. She’s in shock because she feels a bit stupid for reacting the way she has.

“Afterwards, Megan secretly tries to find out what Frank would do if he knew she’d been unfaithful. She questions him in a way that wouldn’t sound any alarm bells. But Frank makes it clear that he wouldn’t forgive infidelity, which is double standards because he cheated on Megan and she took him back!” 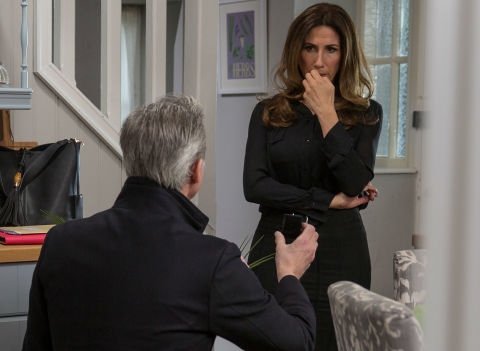 Asked whether Megan is confident that Graham will keep their secret, Gaynor replied: “Megan feels very secure about it, knowing that Graham is quite a secretive and mysterious man anyway. She’s taken aback by the fact that Graham says he’ll keep it a secret. She believes him.

Emmerdale airs these scenes on Tuesday, May 1 and Wednesday, May 2 at 7pm on ITV.