Emmerdale introduced a couple of new characters tonight (April 23) as Ross seeks revenge against Simon, who was responsible for burning his face with acid.

An angry Ross bursts into Simon’s last known residence where he unexpectedly meets Dawn, a young mother who works a less than ideal job as a sex worker and takes drugs to escape from the reality of her situation.

Once Ross realises she has a child (and gets the information he wants) his anger turns to pity as he gives her the painkillers to help her cope, and tells her to get help.

Fans seemed to like Dawn as a character from her introductory scene, and a couple even picked up on chemistry between her and Ross:

At the end of the episode, we see a spaced out Dawn tell her boss (we don’t know if he’s her pimp, involved in Simon’s gang, or both) about Ross’ visit and pass on the contact info he gave her.

Viewers are convinced Ross is heading for a showdown, and when the time comes, will Dawn help him or hurt him? 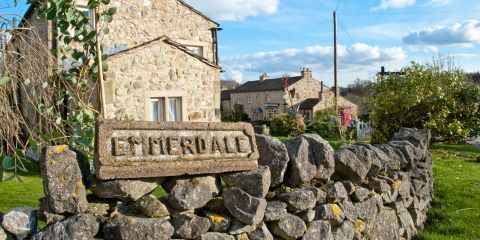 An investigation into alleged war crimes in the Palestinian territories has been launched by the International Criminal Court (ICC). Nearly a month after the court…

A MAN has today admitted murdering his wife, whose remains were found at a beauty spot. Thomas McCann, 49, faces life in prison after he…