Emmerdale‘s Charity Dingle fears that Tracy Metcalfe could be falling for DI Bails next week.

Charity (Emma Atkins) is left in complete turmoil as Tracy continues growing closer to Bails while working with him on a police project to help stamp out sexual exploitation.

Earlier this month, Charity confided in her girlfriend Vanessa Woodfield (Michelle Hardwick) about how Bails groomed and raped her when she was a teenager.

Charity doesn’t want anyone else to know about her traumatic past, but she wrestles with a difficult dilemma when Vanessa’s sister Tracy (Amy Walsh) starts spending time with Bails for the campaign. 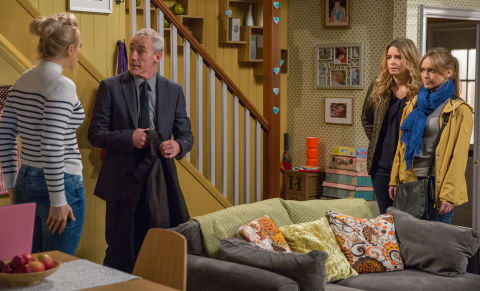 Next week, Vanessa is shocked when Tracy reveals that she thinks DI Bails (Rocky Marshall) is attractive.

Vanessa then passes this concerning update on to Charity, who’s just as worried that Tracy could be considering Bails as a new love interest after her split from husband David.

Charity quickly intercepts to put Tracy off Bails – and her efforts seem to work when Tracy dashes off in an embarrassed state. But will that really be the end of it?

Later on, Charity still has Bails on her mind and decides to follow him as he drives home. 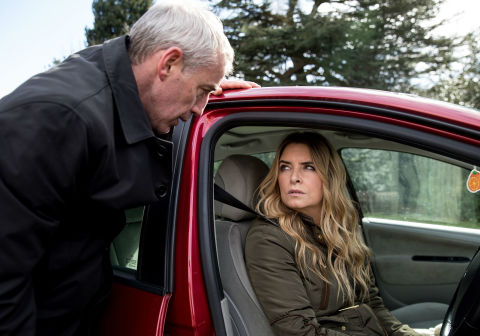 Charity wants to see Bails’s perfect life for herself, understandably still full of hurt and resentment over her past ordeal.

Charity later decides that honesty is the best policy and tells Vanessa where she’s been. But will it be the last time that Charity takes an interest in Bails’s home life?

Rape Crisis England and Wales works towards the elimination of all forms of sexual violence and sexual misconduct. If you’ve been affected by the issues raised in this story, you can access more information on their website or by calling the National Rape Crisis Helpline on 0808 802 9999. Rape Crisis Scotland’s helpline number is 08088 01 03 02.