Emmerdale fans will see Joe Tate’s life hang in the balance next week, as some brotherly bonding with Noah Dingle goes horribly wrong.

Joe makes a potentially deadly mistake when he tries to prove himself to his younger sibling by jumping off the edge of a quarry in high-stakes scenes.

The shocking storyline begins when Noah (Jack Downham) becomes keen to learn more about Joe’s past, asking to be taken to the places where Joe hung out with their dad Chris Tate.

When Joe seems hesitant to revisit his childhood, Noah cycles off in a huff – prompting his big brother to grab a mountain bike and chase after him. 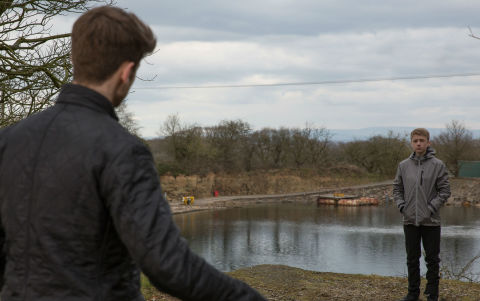 The siblings travel through some woods and end up at the edge of a quarry, which leads to an unexpected bonding session.

When Noah dares Joe to jump off the edge, he’s gobsmacked as the Home Farm boss actually goes through with it. But when Joe doesn’t resurface afterwards, Noah is terrified that he’s dead!

Ned Porteous, who plays Joe, explained: “Noah has this idea that Joe was really close to his dad. The embarrassing fact for Joe is that he didn’t have that kind of a relationship with his father. He barely knew him.

“Chris Tate was always far too busy to spend time with Joe. So all of these cool, fun places where Noah thinks they hung out don’t actually exist, because that never happened!

“When they find themselves at the quarry to talk it over, I hope viewers will see a softer side of Joe. He is honestly trying to build a good, friendly relationship with Noah. It’s almost like you get to see Joe ‘behind the curtain’ – without all of the schemes and the money. It’s a nice, pure moment for the brothers.” 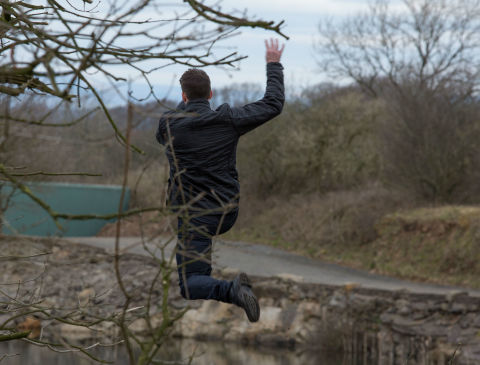 “It was great to film the scenes. We got to take a crew over to Chorley to film on location and it felt a bit like a school trip!” 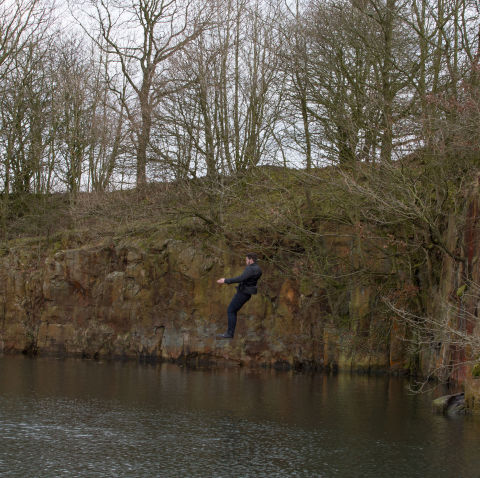 Emmerdale airs these scenes on Thursday, May 3 at 7pm and 8pm on ITV.

IVANKA Trump and Jared Kushner were all smiles despite going for a sweaty jog in the Miami heat. Donald Trump's daughter, 39, and her husband…

A DEADLY snake found the perfect hiding place which made it look practically invisible. A mind-boggling photo of the sneaky reptile has left Facebook users…