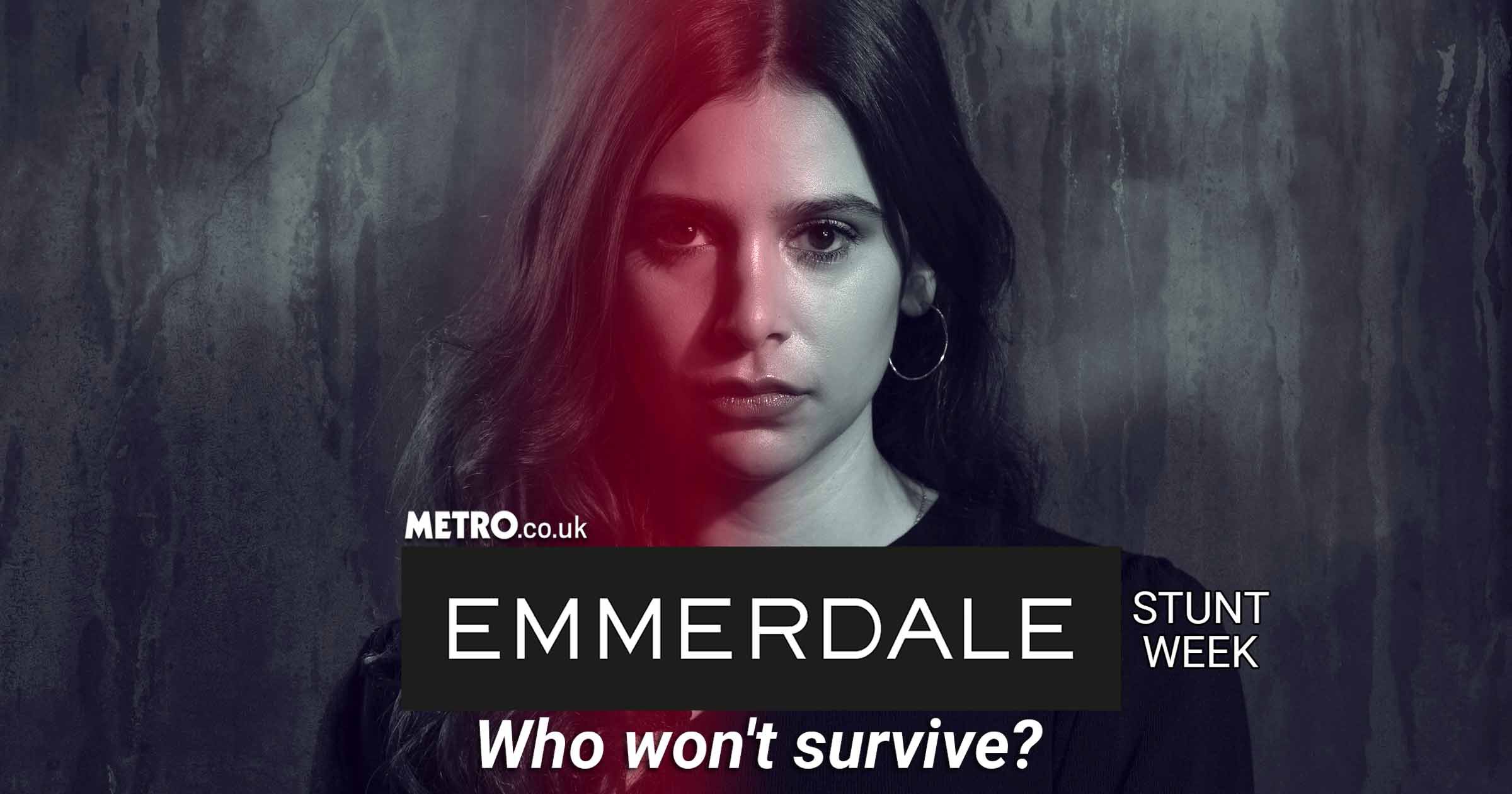 The news of tragedy spreads round Emmerdale tonight following horrific events at the ironically named HOP survival challenge which culminated in the giant maize maze being ravaged by an inferno.

The high octane blaze might now be mere ashes but the drama doesn’t stop there; and the nightmares and consequences from the fateful incident will continue unabated.

Except for scheming Meena Jutla (Paige Sandhu) of course, who probably had the best time out of anyone at the event. At least she will be leaving a positive review on the Home Farm website.

We saw the sociopath watch the maze burn with a look of amazement and a smile of what can only be described as twisted joy, despite knowing that she had left Andrea Tate (Anna Nightingale) for dead in the centre of the maze.

Everyone else emerged as smoke and her head injury overwhelmed Andrea. Her last pleas for help fell on deaf ears across the walkie talkie as it appears that Meena has once again evaded being exposed.

However, with her plan to kill Victoria Barton (Isabel Hodgins) having failed, will she be forming another murder plot, especially as Victoria and David Metcalfe (Matthew Wolfenden) are seemingly closer than ever before in the wake of the drama?

As questions are asked though, Meena’s first priority is ensuring she puts on the performance of a lifetime to paint herself as a victim.

Elsewhere, as Charles Anderson (Kevin Mathurin) recovers from his leg injury, he knows that Manpreet Sharma (Rebecca Sarker) saved his life – and is in love with them. The sparks are evident and the chemistry bubbling but how will things be impacted when news of what happened to Andrea hits them?

Ellis Chapman (Aaron Anthony) was a hero as he flung himself into the maze to save Priya (Fiona Wade), who was trapped in the flames. Disaster struck when Priya was injured but will she come through this? And what physical and psychological damage will she be left with?

Elsewhere, tragic news spreads around the village, Kim Tate (Claire King) has to get her head around how badly the event on her really oversized land has gone and will Charity Dingle (Emma Atkins) still feel the same about Mackenzie Boyd (Lawrence Robb) now the literal heat of the moment has passed.

A lot of questions need answered, a lot of shock rocks many characters to the core and perhaps there even may be a curveball in the mix that sets the tone for the drama to come over the coming months; with ramifications felt for many characters for some time…

Emmerdale airs the dramatic episode on Friday October 22 at 7pm on ITV.