Despite being the mother of dragons on Game of Thrones, Emilia Clarke has revealed it isn’t all that easy.

Her character Daenerys Targaryen has been riding dragons since series five, but now it’s Jon Snow’s turn to take to the skys.

Speaking out during an interview on Jimmy Kimmel Live, the 32-year-old exposed Kit Harington for underestimating how difficult it actually is.

Branding the Jon Snow actor “arrogant”, she spilled all about his first riding experience.

Playfully, the Daenerys Targaryen actress said: “He was kind of arrogant about it and was like, ‘I can do this.’

“And then got on and that was when I learnt that men riding dragons is like a whole other thing than a lady who rides a dragon.”

Continuing, she shared: “Little more uncomfortable for them – he looked really pained.”

The real life simulation resembles a giant green mechanical Bucking Bronco, and Kit supposedly seemed confident he cold pull it off like a pro. 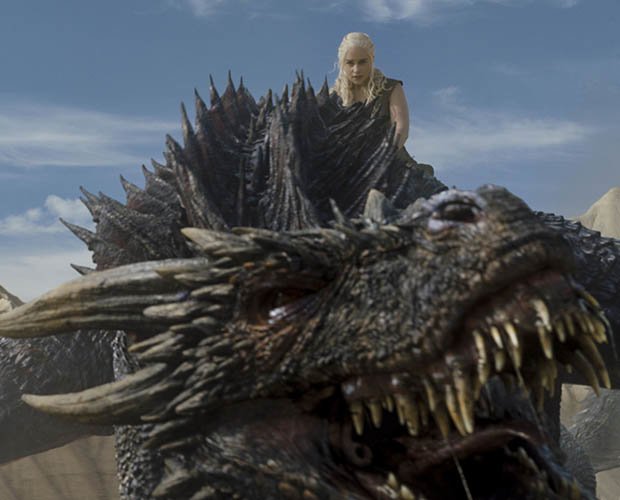 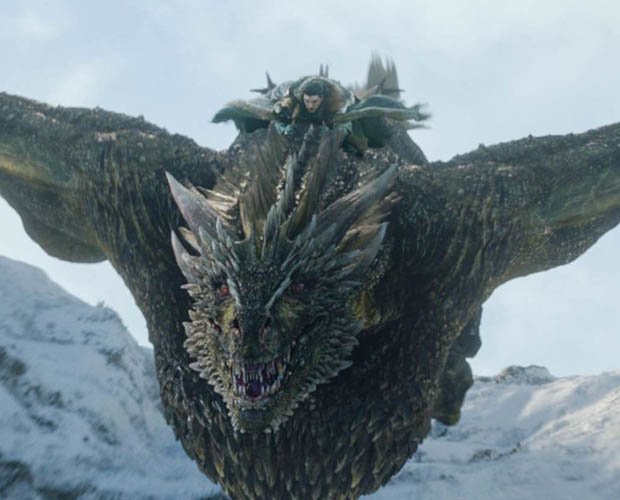 Jumping on the fake dragon behind the scenes, Kit said: “You think you are good at this, let me be a professional.”

Standing up for herself, she told Jimmy Kimmel: “Obviously I was a girl, so I got in and I was like, whatever, I’m amazing at this, no big deal. [These dragons] are my children.”

Kit also opened up about his dragon riding experience recently in a behind-the-scenes video.

Explaining his blunder, Harington shared: “There was a bit where Jon almost falls off the dragon, swings around violently – and my right ball got trapped and I didn’t have time to say stop.” 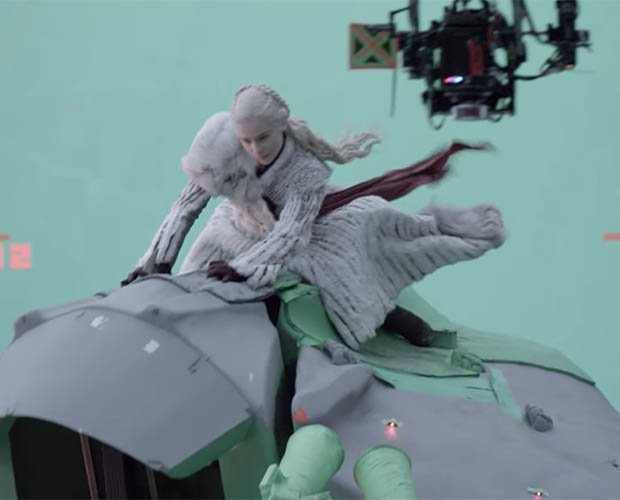 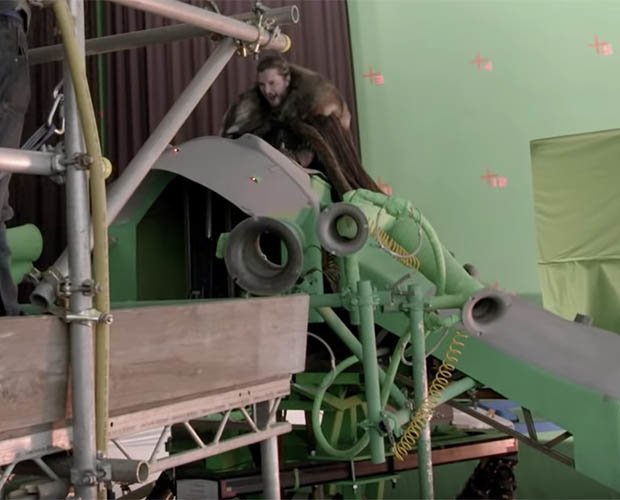 Wondering if he might not survive, the 32-year-old hunk said: “In my head I thought, this is how it ends.

“On this buck swinging me around by my testicles, literally.”

Laughing he signed off, saying: “Sorry, probably too much information.”