Marvel are finally getting in gear with giving some of their female characters their own solo movies, what with Captain Marvel currently filming and Black Widow finally being announced recently.

Another one of the biggest female players in the MCU (that’s Marvel Cinematic Universe) is Scarlet Witch (aka Wanda Maximoff), so you’d think a movie for her would at least be something that’s been discussed by Kevin Feige and the other higher-ups.

Well, if that’s what you’re thinking, you’d be wrong – according to Elizabeth Olsen.

The actress – who first appeared as Wanda in Captain America: The Winter Soldier‘s mid-credits scene – told IndieWire that it’s only journalists who discuss the possibility of a spin-off with her, and sometimes her quotes get misinterpreted. 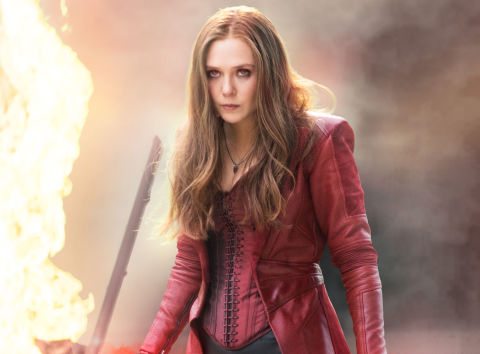 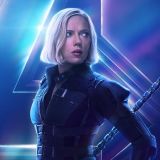 “It’s a funny thing,” she said, “because in one interview I was saying, ‘No, that’s not happening,’ and it turned into being like, ‘No, I don’t want to’.

“And it’s like, no, of course I would love the opportunity. It’s not about that. It’s about ‘is it gonna serve the universe, does it serve their larger story?’ 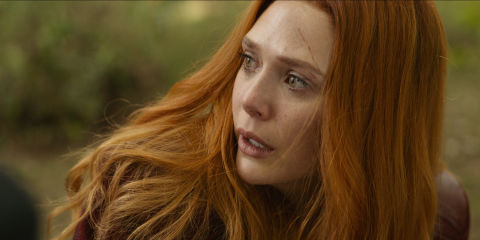 “I felt crazy and I was like, ‘Jesus, no, there’s never been a conversation about doing a spin-off’.

“I’m not pushing one. That doesn’t mean I don’t want one.” 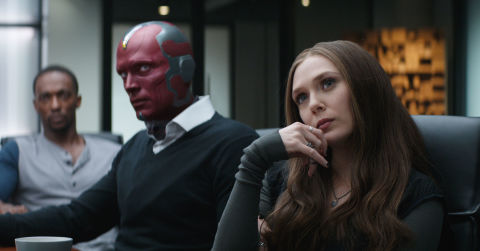 What kind of solo Scarlet Witch film would she like to do? Well, in an interview with Digital Spy, the actress said that she would love to tackle some of the really out-there material from the comics.

Although she didn’t mention ‘House of M’ by name, she definitely sums up that infamous story by describing it as “babies, fake babies and (Wanda) going mad.”

Avengers: Infinity War will be released in the UK on April 26 and in the US on April 27.