EastEnders has unleashed Max Branning’s second big storyline twist of the week – his shock marriage to Rainie Cross is actually nothing more than a sham.

Friday’s episode (April 27) ended with Max and Rainie having a furious showdown over their secret deal, after managing to fool everyone into believing that they’re a genuine couple.

Max only tied the knot with Rainie to improve his chances of winning custody of his baby granddaughter Abi. Rainie, meanwhile, is only going along with it because Max has promised her money.

Here, Jake Wood – who plays Max – reveals all about the latest on-screen bombshell.

Has Max changed since we last saw him on the Square?

“Yes, I think so. We’ll find out over the course of time, but he’s obviously desperate to get baby Abi, as we saw tonight. He wants to be a parent to his granddaughter. I think the reasons for that are very genuine. He feels like he wants to make amends for all the mistakes he made in the past, so in that sense he’s trying to change.

“Max is trying to make amends for all the bad stuff that he’s done – he wants a second chance and isn’t out to upset anyone. He’s there to get his granddaughter and I think he understands that, in order to do that, he’s got to be on his best behaviour. So in that respect he has changed too.”

It was revealed tonight that Max’s marriage to Rainie is a sham. Will he go to any lengths to get Abi?

“Max, as we know, is very single-minded, isn’t he? When he sets his mind on a goal, he’s very determined in what he does. He really wants to get baby Abi 100%. As we’ve seen, he was prepared to marry Rainie as part of that. So yes, Max is capable of anything. He’s very determined and I think he is willing to go to any lengths to get what he wants.”

Do you think Max sees baby Abi as his chance of redemption?

“I think Max hopes so, yes. That’s certainly how he sees it in his head. He thinks it’s his second chance to put all his wrongs right.” 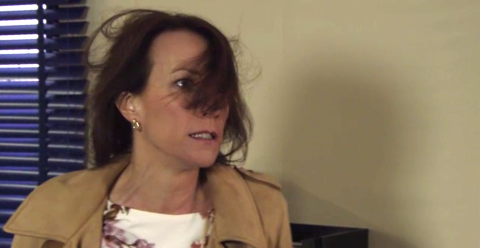 Is Max the best person to look after baby Abi?

“I think Max thinks he is the best person to raise baby Abi and in his eyes that’s all that matters.”

Can we expect more tension between Max and Rainie?

“Of course, those are two very complicated characters. I think the beauty of what the writers have done, putting those characters together, is that we’ll see how it plays out over the next couple of months, and how they’re going to come to an arrangement with this.

“Rainie is very vulnerable. She has a very complicated history, especially with her history of drugs. She’s currently clean and is hoping to stay that way. But as we’ll see, they’ve both got their own needs for pursuing this goal and Rainie’s are financial, but it’s going to get complicated. They’re great characters and it’s a bit of a heady mix – it’s very exciting.”

With Rainie’s shady past, can Max trust her?

“I’m not sure. Max has his own agenda in mind, so has he got Rainie’s welfare in the front of his mind? No, I don’t think so. But of course, he’s got to hope that she can keep clean – it’s part of their deal. She has to be on best behaviour, otherwise she’s not going to get any money.

“Max, at this moment, is very much holding all the cards in the relationship, but whether that dynamic will shift at all, we’ll have to wait and see. That’s what will be interesting over the coming months, to see exactly what the reality is.

“I don’t think either of them have really thought it through, what it means day-to-day, to be living together and pretending to everyone that they’re a couple. Of course that has its own pressures, so viewers will see just how that pans out.” 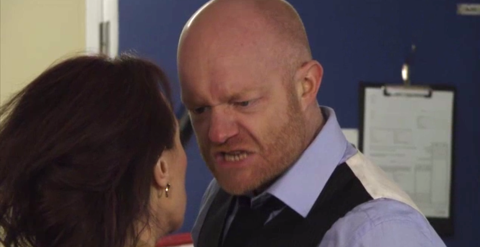 Is it nice to be working with Tanya Franks again?

“I’m very excited to be working with Tanya again. I’ve always been a massive fan of her work. I’m enjoying working more with her. She’s a fantastic actress and I think those characters are just explosive together. It will never be dull to watch those two in a room together and of course we’ll see everything behind the scenes.

“Over the years they’ve really hated each other. They’ve got a long history and that really comes to the forefront. It all adds to the dynamic between the two. But yes, it’s going to be one hell of a ride.”

Can viewers look forward to more scenes between Max and Cora?

“I hope so! Again, Ann Mitchell is a fantastic actress and those two characters hate each other too.”

Do you think anyone on the Square smells a rat?

“I don’t think so, no. Max is a really good liar and Rainie too, given her past, so I think they’re pretty convincing. They both know what they’re doing this for, so are fully committed. I don’t think anyone thinks that they’re something other than a married couple… yet!” 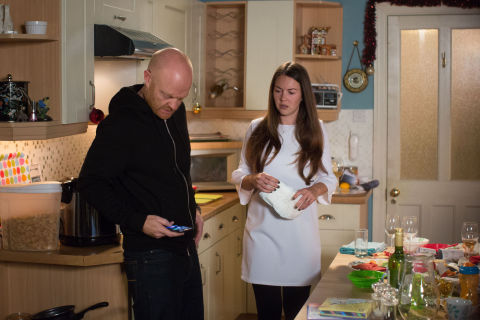 How is Max feeling about Stacey now?

“Well, as we saw at Christmas, he declared his love for her. I think those feelings are still there, and I think they’ll always be there. They’ve got a real history, Max and Stacey and I think deep down he loves her, but obviously he’s had to put all those feelings to one side because of Martin.

“Ultimately he wants her to be happy, so for now all those feelings are put to one side, but I’m sure they will resurface again at some point.”

Will there be more confrontations between Max and the Slaters?

“Undoubtedly. Kat especially is very protective of Stacey, so Max is not going to be her favourite guy to be around. Kat’s always fiery, she’s a great character; an iconic character so I’m sure they’ll come to blows at some point.”

Is there anything else you can tease about what’s in store for Max?

“This is a new direction for Max in some ways, with this new story and determination. It’s very complicated and it’s been really exciting to film, especially the relationship between Max and Rainie.

EastEnders continues on Monday (April 30) at 8pm on BBC One.