In Thursday’s instalment of BBC’s EastEnders, Zack (James Farrar) was back, attempting to get to know Sharon (Letitia Dean) and making himself at home in the square. But there has been a lot of talk about who Zack has his eye on in Walford, with rumours circulating that he might soon be starting a fling with either Nancy (Maddy Hill) or Frankie Lewis (Rose Ayling-Ellis). Nancy is set to return to The Queen Vic to see her parents Mick Carter (Danny Dyer) and Linda Carter (Kellie Bright). But with a surprise sister there to greet her, things could get messy.

Tonight’s episode saw Sharon try to work out what her brother, whom she only found out about last month, has been up to, but he didn’t give much away.

He told Sharon that he’s a chef, but when she asked which restaurant he works at, he said he freelances.

He eventually opened up to Sharon about their dad, Gavin, saying that he used to hit him.

In later scenes, he grabbed Sharon’s keys from her bag before breaking into her flat, but was luckily spotted by Jean. 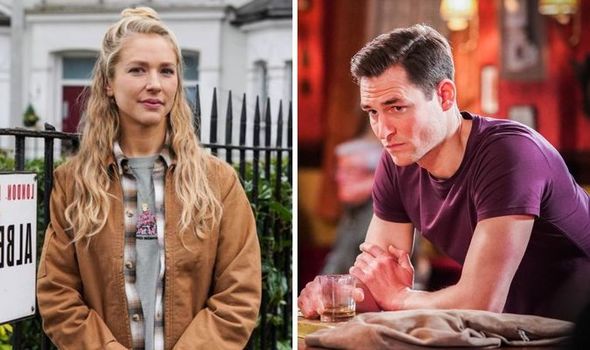 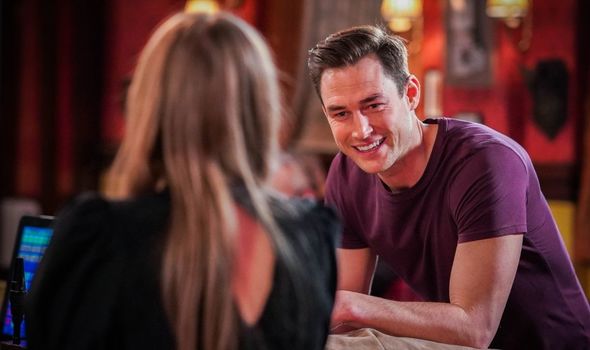 When Sharon confronted him, the two had a proper conversation about their pasts, with Zack clearly traumatised by their dad.

Feeling sympathy for him, she invited Zack to stay at hers for the night. It’s clear the two might end up trying for a brother-sister relationship after not knowing about each other for so long, but it seems Zack isn’t only interested in Sharon.

It’s already been rumoured that Zack will attempt to chat up Frankie at her birthday party in upcoming episodes, but actor James Farrar has also confirmed a romance between him and Nancy.

Nancy is set to return to Walford next week, and will no doubt be surprised to learn that her dad has another daughter, Frankie. 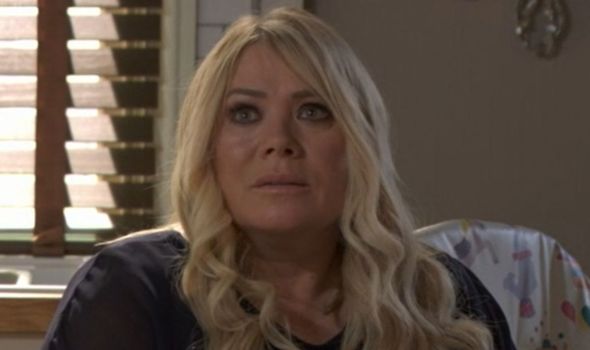 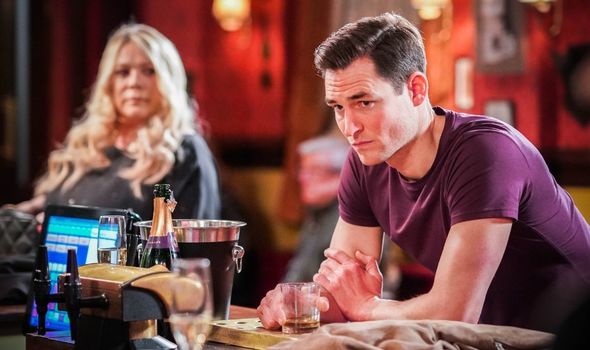 James recently confessed: “There’s a certain blonde that is returning that I have a feeling there might be some friction with. “Considering a lot of my scenes are with the Carters I’m sure you’ll be able to guess who that is.”

Speaking to Metro about who else Zack might be interacting within future scenes, he added: “There is some stuff with Ruby and Jean. Also, Bobby is such a terrific young actor.

“The fact that Gillian [Taylforth, who plays Kathy] and Letitia were in my opening episode was great – long may that continue.”

But if Nancy returns to the discovery of a secret half-sister, things might be awkward enough. Will their relationship be tested before it has even begun because of Zack?

He may only have been in the square for a matter of days, but this speculation, along with fans’ interest in Zack, has got them talking about a potential romance and the possibility that he could come between Nancy and Frankie.

One viewer recently took to Twitter to say: “With the confirmation of Nancy and Zack happening, why do I feel like this may end with Nancy and Frankie fighting over him or something?”

Posting during today’s episode, another thought a different resident would be more Zack’s type, they said: “Zack is EXACTLY the type Kat would go for.

“Why she is with Phil who said he would kill her son and why Zack has to be paired to a Carter, I do not know. Learn about the characters. If not Kat then Chelsea would have been a good shout as well not Nancy/Frankie #EastEnders.”

Another said: “I would have put Zack with Kathy tbh to cause some drama lol.”

“I was just hoping he wouldn’t be getting involved with the Carters (saying he’s Nancy’s new love interest). I wanted the focus to be on Zack and Sharon. #EastEnders,” another wrote.

It seems despite the newcomer to Walford being connected to Sharon, it won’t take him long to establish himself among the other residents.

And with Nancy’s return bound to see sparks fly in the Carter household, could Zack stir up trouble with the family just days after settling on the square?

EastEnders continues tomorrow at 8pm on BBC One.