WHITNEY Dean will be left shaken in EastEnders next week as her market stall is targeted twice by thugs.

But are the attacks part of evil Leo King’s twisted revenge plan? 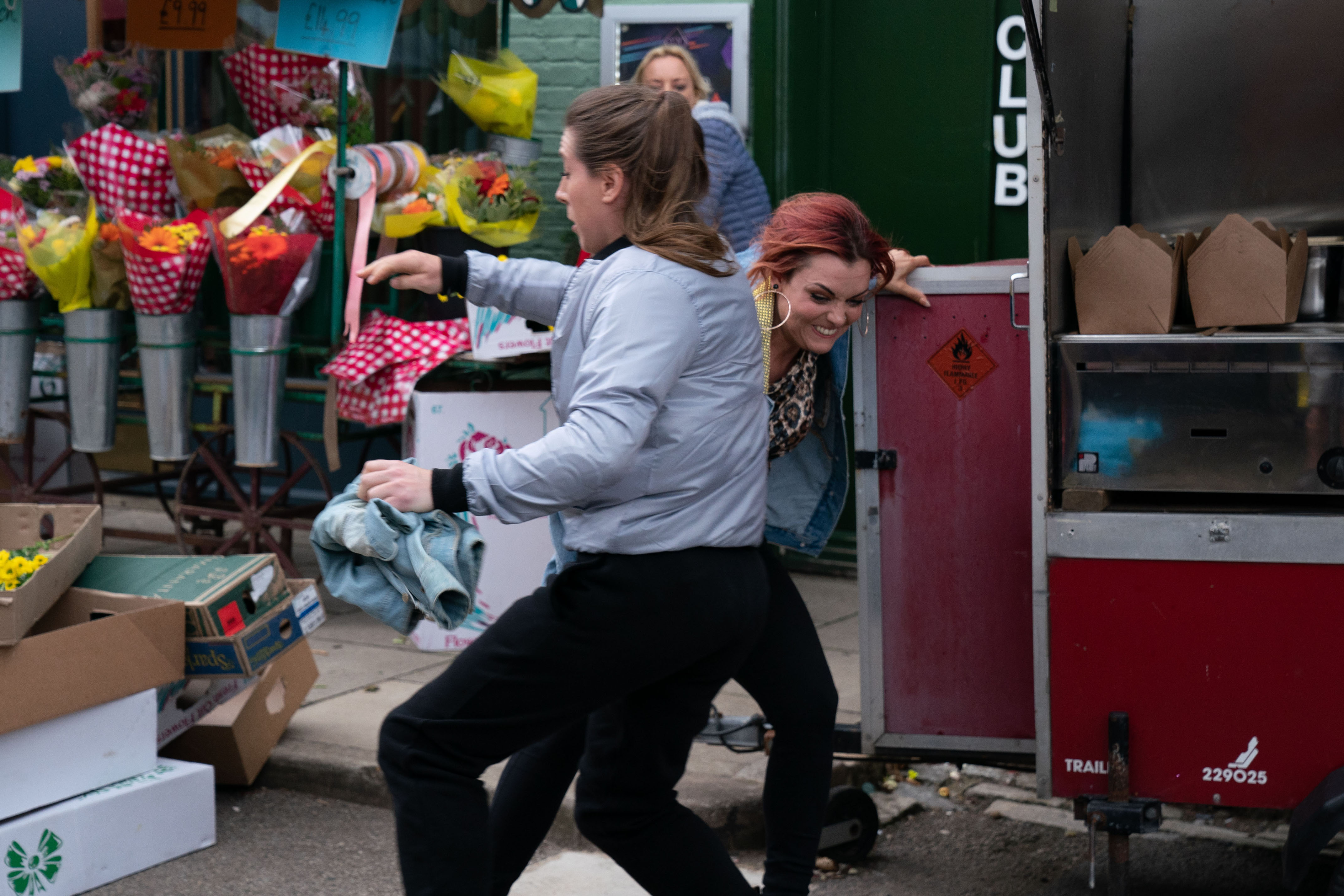 Leo is on hand when a girl steals from Whit’s stall early in the week. And he’s quick to step in and play the knight in shining armour later when Whitney – who’s played by Shona McGarty – discovers her stall has been brutally vandalised.

But as he comforts her, he becomes annoyed when he realises Whit’s ex, Callum Highway, might spoil his plan to get close to her.

He hatches a cruel plan to get Callum out of the way before insisting that he helps her find the person who vandalised the stall.

Evil Leo was exposed as the son of paedo Tony King last month when Bianca Jackson returned to Walford.

Bianca confronted him and told him to stay away from her family, but she was left shocked when he said he would only leave if she handed over the money his vile paedophile dad's mum gave the family as a way to make up for what Tony did to Whitney. 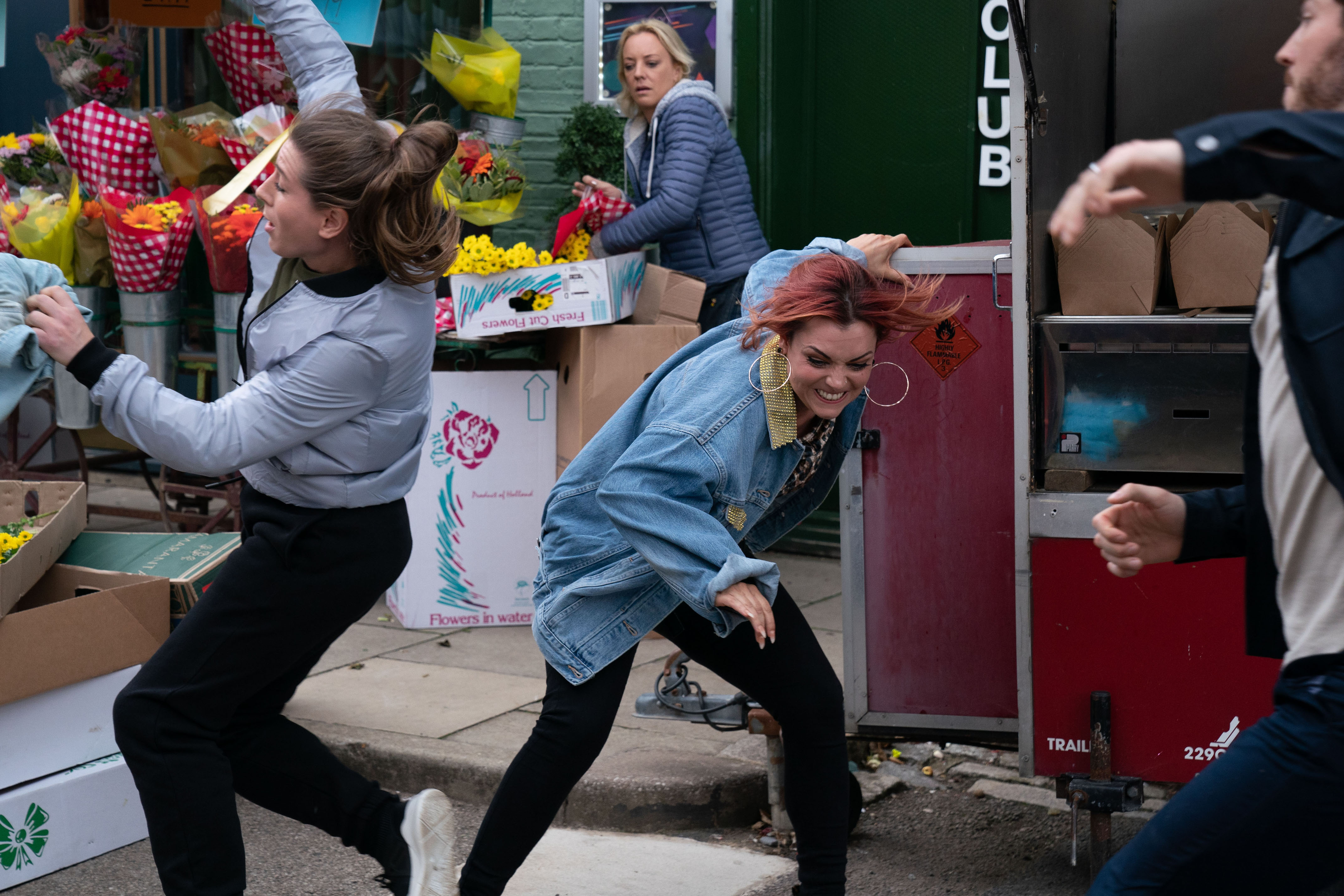 He had groomed and abused her in a hard-hitting storyline that saw Bianca broken by what she had missed in her own home.

Bianca was unaware that Tony even had a son until he sought her out a while ago and it became clear the pair have had a previous run-in, as he goaded her about attacking him and her recent spell in prison.

Although seemingly charming, Bianca knows Leo is desperate to clear his father’s name, convinced he was innocent. Tony later killed himself in prison out of shame for his crimes. 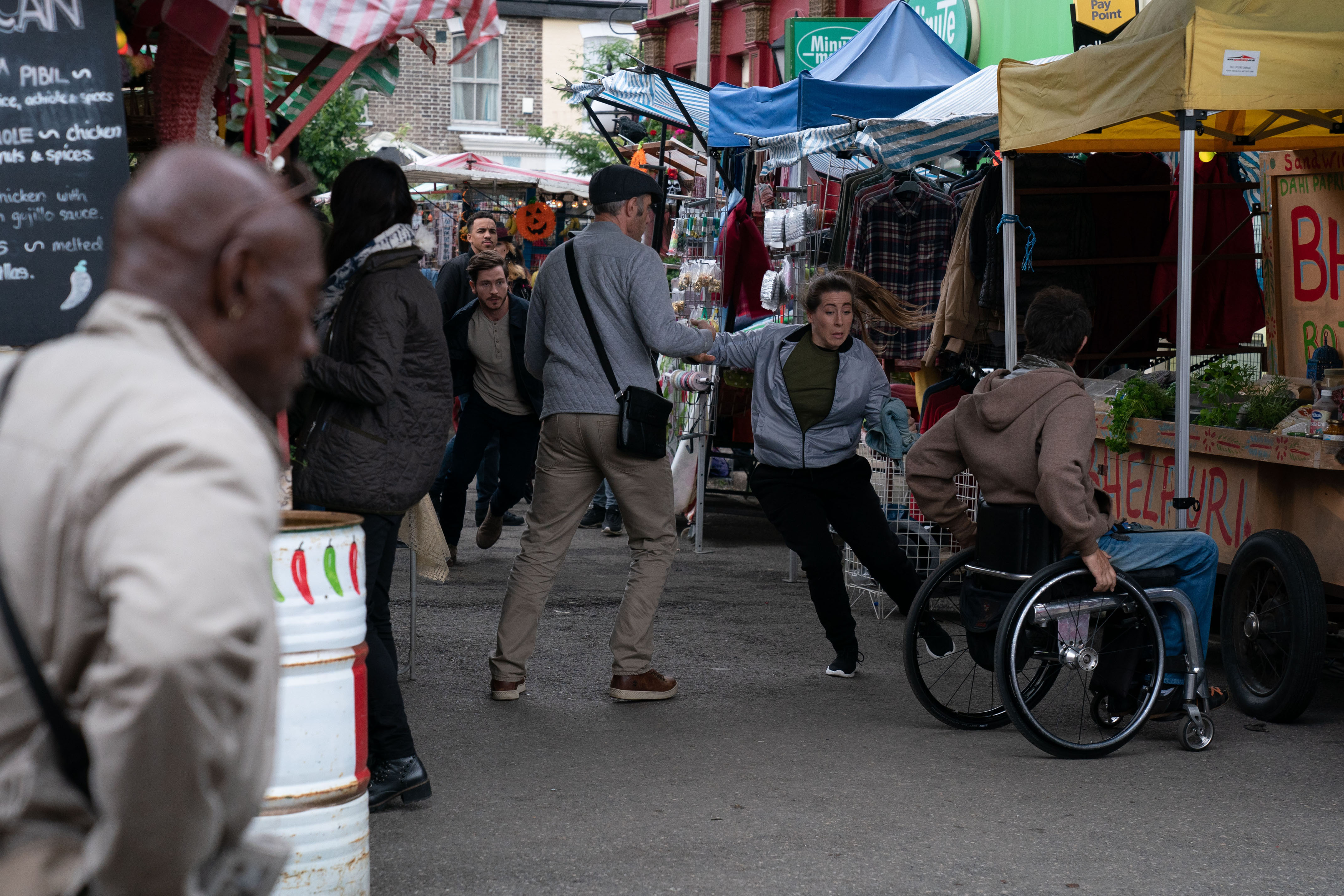 Not only that, when Leo learnt his grandparents gave Bianca money after everything that happened with Tony, Leo is on a mission to get back what he thinks is rightfully his.

Tom Wells has joined the cast of EastEnders to take on the role of Leo. No stranger to television, Tom has previously starred in Doctors and Bancroft.

He said in a statement: "I’m really excited to be joining the EastEnders team and seeing what’s in store for Leo.”

Whitney is currently clueless to Leo’s true identity although she’ll be seen becoming suspicious this week when it becomes clear Tiffany has already met him.