Jean Slater (played by Gillian Wright) was in the mood to treat herself as she waltzed into the Queen Vic. As she spotted EastEnders matriarch Sharon Beale (Letitia Dean) standing behind the bar looking glum, she suggested they cheer each other up with some wine and chocolate. Sharon couldn’t refuse the offer and the pair quickly nipped round to the Minute Mart where they were met by an unimpressed Suki Panesar (Balvinder Sopal).

Picking up a box of chocolates, Jean asked: “How much of these?” with Suki quickly telling her: “£4.50.”

Jean emptied out her purse but realised she was 20pm short and asked Suki if she could pay her back later.

Sharon offered: “I’ll give it to you when you come in,” but Suki wasn’t letting up. 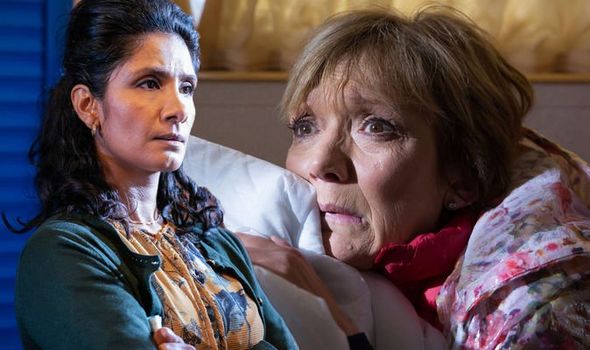 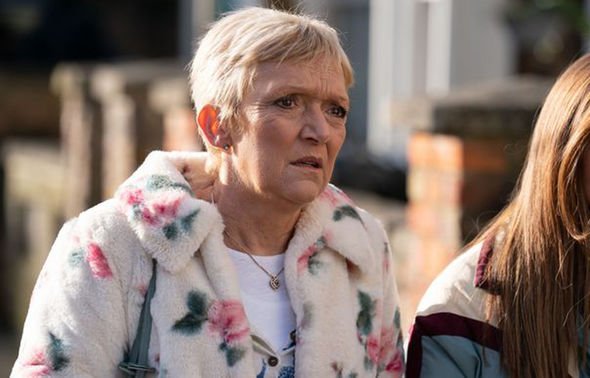 “I’m a businesswoman not a charity ladies,” she said looking at the pair in disgust. “Now if you don’t mind, I’ve got work to do.”

“Right, I’ll leave them then,” replied Jean but Sharon had another idea as she gestured for her to steal the box.

“Don’t! Stick it in your jumper! Thelma and Louise, come on!” she said stuffing chocolate down her top.

Jean looked shocked but as Sharon rushed out, she pushed the box of chocolates up her jumper and ran out. 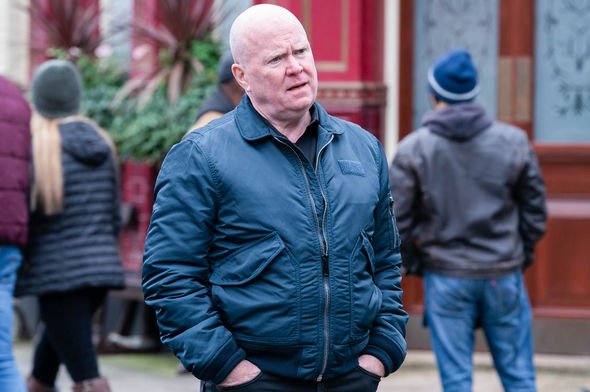 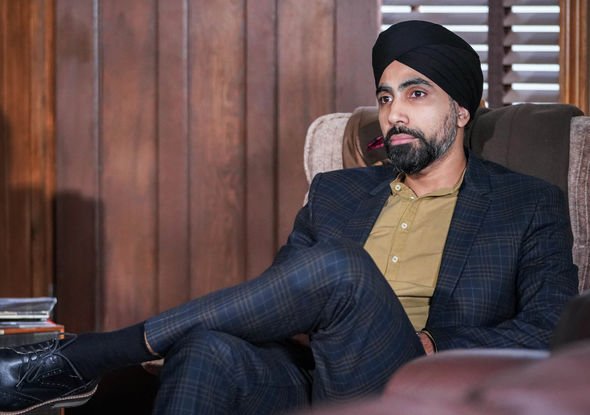 The pair were later seen tucking into the sweet treats in the Queen Vic with some wine, before joking to Phil Mitchell (Steve McFadden) they were criminals and had just carried out a heist.

“We’re just like you!” a thrilled Jean told Phil while Sharon looked confused.

While it was good to see Jean in such good spirits, it may not last for long as Suki will not be happy when she finds out she stole from the shop.

Fans of the long-running BBC soap know Suki is one to hold grudges and it’s not likely she will let Jean off the hook.

Wanting to teach Jean she isn’t one to be messed with, could Suki organised an attack on Jean to scare her?

Suki has become known for her evil work, having pretended to her children she had cancer then organising for her son Jags Panesar (Amar Adatia) to go to prison.

Could she attempt to teach Jean a lesson too? While it certainly looks that way, Suki might be busy locking horns with Phil.

The pair will clash in upcoming scenes when Suki meddles in Phil’s latest business plans.

Phil uses the information given to him by Kat to his advantage when he meets with Stas, who then turns down Kheerat.

Kheerat is dismayed when he realises he has lost out on a deal and Phil heads off to warn Suki to stay out of his business.

EastEnders continues Friday on BBC One.