Ian (played by Adam Woodyatt) has made his fair share of enemies on EastEnders of late, including members of his own family. After a week of tensions, the ruthless businessman was left for dead at the end of Friday’s edition of the BBC soap and Monday night’s instalment will see the police descend on the Square to work out who battered the villain. The show’s official Twitter account has already released the list of suspects, but could this be a red herring so Grant’s (Ross Kemp) return creates a bang?

Over the years, the ruthless businessman has had more of a feud with arch-nemesis Phil Mitchell (Steve McFadden) than the younger Mitchell brother.

However, Grant was married to Sharon Mitchell (Letitia Dean) decades ago and although they’re divorced and she went on to tie-the-knot to his older sibling, there has always been a spark between the pair.

Earlier this year, the Queen Vic landlady discovered her son Denny Rickman (Bleu Landau) had been killed in a boat accident but had no idea Ian had a part to play in it.

Dotty Cotton (Millie Zero) revealed the truth earlier this year, but the grief-stricken mother sided with her best friend and accused the youngster of causing trouble.

Fans now believe she has something to do with the attack and could have called on her former spouse to do the deed for her. 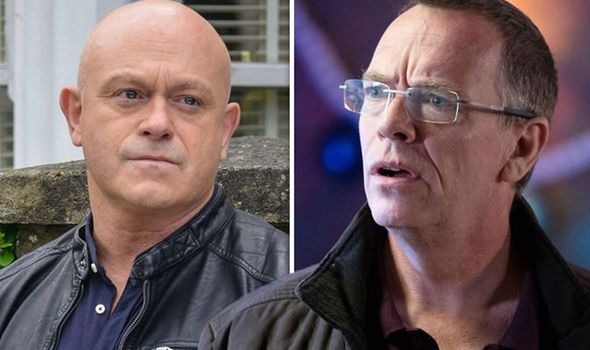 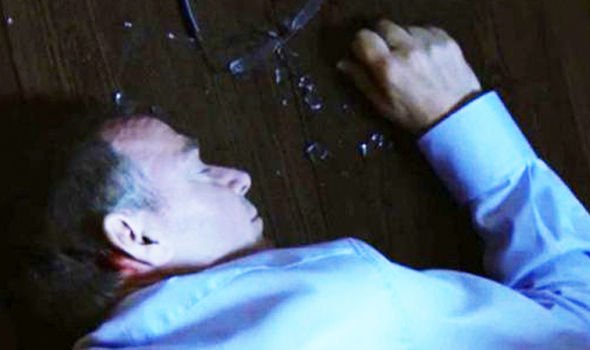 Bosses have already teased a face from Walford’s past is going to come sauntering back into the picture over the seasonal period.

With the rumour mill going into overdrive as to who it could be, Ian’s attack has now firmly put Grant as one of the favourites to make an epic comeback.

The gangster hasn’t been seen on the Square since 2016 when he attended the funeral of his mother Peggy Mitchell (Barbara Windsor).

During this time and although she was married to Phil, Sharon was tempted to pursue something with her ex-husband but ultimately decided to stay loyal. 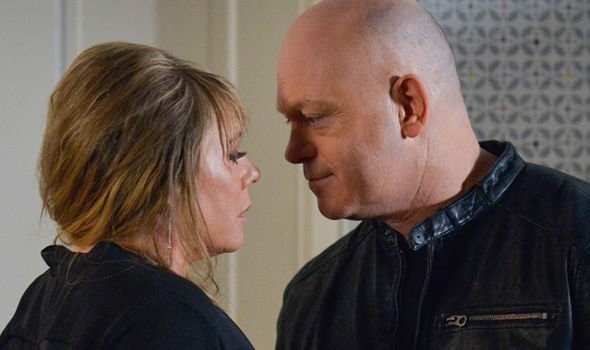 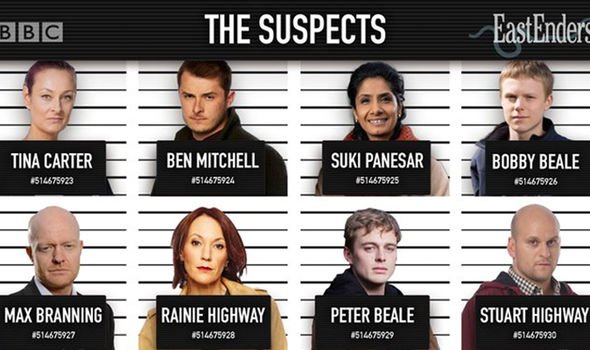 The suspect list will probably be a red herring

Now a single woman, she could reunite with her former spouse as one viewer wrote on micro-blogging site Reddit: “Maybe Sharon found out about Ian being somewhat responsible for Dennis’s death, and called Grant for help. That seems somewhat plausible.”

Another replied: “The suspect list will probably be a red herring, in these kinds of stories it’s never the most obvious choice,” referring to the fact a past character could be behind the attack.

If the youngest Mitchell brother does make a comeback, his relationship with Sharon would certainly raise eyebrows will Phil.

Realising his sibling was the one who committed the act of violence, could the gangster report his brother to the authorities in a bitter act of revenge?

As it stands, there are eight official suspects in the running to have taken down the ruthless and spiteful businessman.

These include his sons Peter Beale (Dayle Hudson) and Bobby Beale (Clay Milner Russell) who have just discovered their father has defrauded them.

Having overheard their conversation with teenager Tiffany Butcher (Maisie Smith), the pub owner told the latter’s sister Whitney Dean (Shona McGarty) her sibling was going to be a surrogate for the couple.

As a result, the youngster pulled out of the arrangement and the pair were left in bits they couldn’t have a baby.

Suki Panesar (Balvinder Sopal) has also had crossed words with Ian but made sure she had an alibi on the night Ian was attacked as at the end of Friday’s episode, she was seen watching the cameras in the club so there was evidence of where she was.

Brother Ben Mitchell (Max Bowden) recently learnt his brother snitched on him during a robbery he was a part of and was out for blood.

Tina Carter (Luisa Bradshaw-White) also had an axe to grind after the businessman humiliated her, and Max Branning (Jake Wood) was seeking revenge after being set up for fraud by the pub owner.

With so many people wanting to see the stalwart dead, who will be revealed as the one who dealt the near-fatal blows?

EastEnders continues tonight at 8pm on BBC One.