Chantelle Atkins (played by Jessica Plummer) prepared to leave Walford for good in tonight’s instalment of EastEnders. However, after carefully planning her escape from Gray Atkins (Toby-Alexander Smith), her manipulative husband convinced her parents their children wanted to stay with him. But, will the plan the hairdresser had already put in motion lead to Gray’s downfall?

The mum-of-two was thrilled when Gray seemed onboard with her going away with the Taylors.

However, when she left to sort out the final arrangements of her escape plan, Gray began to realise what his wife was up to.

The lawyer spotted Chantelle had tried to pack a box of the children’s keepsake items.

He then quizzed daughter Mia on when Chantelle had organised their trip away. 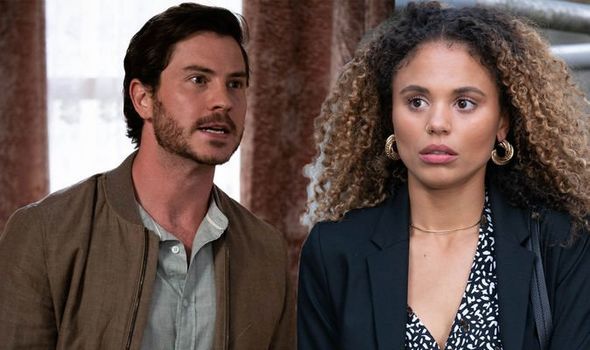 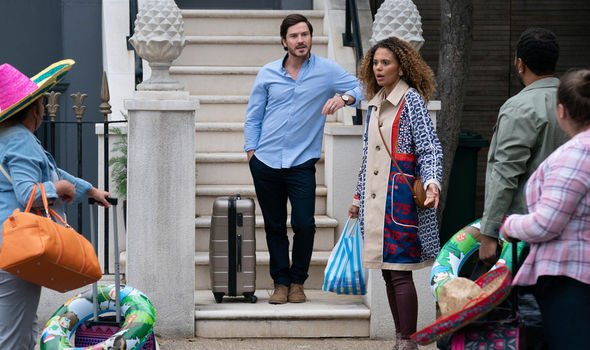 When he realised she had been planning it for longer than the Taylors’ trip, he convinced Karen Taylor (Lorraine Stanley) and Mitch Baker (Roger Griffiths) to let the kids stay with him.

Meanwhile, Chantelle got back in touch with a refuge to let them know when to expect her.

Speaking on the phone, she said: “I’ve got your address, the refuge, myself and two kids.

Explaining when she would need shelter, she said: “Morning after tomorrow from Southend.” 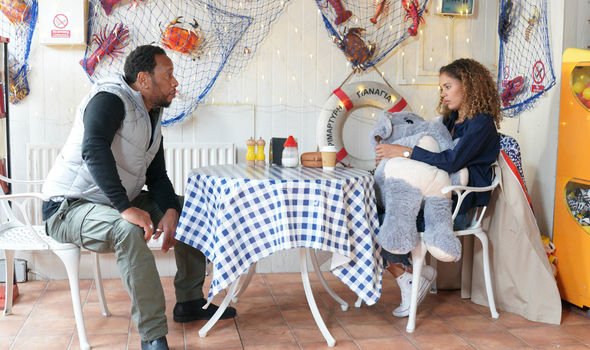 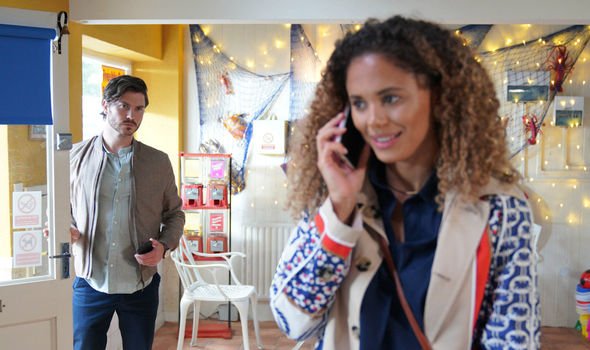 “No the flat fell through but I’m safe and I’m ready,” she explained.

“Thank you, you have no idea what this means,” Chantelle added.

When Chantelle returned home, Karen remarked: “You were only meant to go for some crisps.”

“Come on Keegan and Tiff are already at the tube station, we’ll miss the train,” Mitch said.

“Mack and Mia come on,” Chantelle said but Gray interjected: “I was just telling your mum they’d rather stay at home with daddy.”

The hairdresser tried to plead with Gray but Karen agreed with the lawyer and remarked her daughter needed space on her own.

However, Mitch seemed to realise something wasn’t quite right with his daughter before brushing off his concerns and heading off on the trip.

When Chantelle’s death is discovered, Mitch and Karen may draw the police’s attention to the fact their daughter disappeared before they headed off on their trip.

This could lead to the police checking Chantelle’s phone records and realising she was in contact with a women’s refuge.

Will the police realise Chantelle was in fear of her life and desperate to escape her marriage?

Or will Gray convince the authorities his marriage was perfect just like he has done for years?

EastEnders continues Tuesday on BBC One at 7.35pm.