EastEnders‘ Mel Owen could reveal her true feelings for Jack Branning next week in the aftermath of their one-night stand.

Mel (Tamzin Outhwaite) has spent the last few weeks refusing to endorse the idea of a romance with Jack – who has made no secret of the fact that he likes her.

Upcoming scenes will see Mel finally give into temptation with Jack (Scott Maslen), but it looks like she’ll be rejecting him in the aftermath as she’s still giving him the run around by the time next week arrives.

However, Mel will start to let her guard slip when she learns that Jack has been injured in a fight at the club and immediately rushes to his aid. 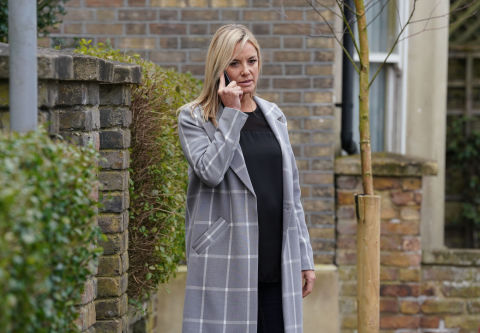 Jack will find himself on the receiving end of a troublesome punter when he steps in to protect his children’s nanny, Ingrid Solberg.

When the man tries to make a move on Ingrid, Jack quickly intervenes, but is left embarrassed when the encounter leaves him with an injured hand.

Having flirted with Jack all night, Mel is horrified when she finds out what’s happened and immediately rushes to see if he’s okay. Does this mean that she likes Jack more than she’s letting on? And will the incident lead her to admit how she really feels?

EastEnders airs these scenes on Monday, May 7 at 8pm on BBC One.