EastEnders brought back Max Branning tonight (April 23) – and we all know there’s probably no good that can come of Max’s sudden reappearance.

Max (Jake Wood) has been on a much-needed hiatus from Walford ever since his insidious revenge plot spectacularly blew up in his face, leaving daughter Abi dead and his surviving child Lauren leaving to start a new life away from Albert Square.

In Monday night’s episode, Ian Beale (Adam Woodyatt) got the surprise of his life while doing some plotting of his own to snub Masood Ahmed (Nitin Ganatra) from the PR for their culinary collaboration. 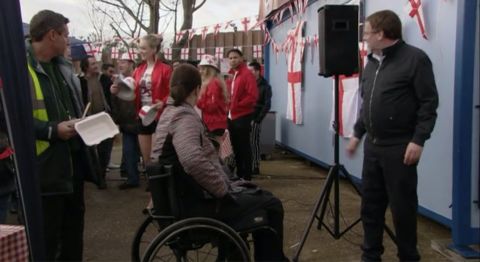 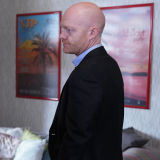 Ian took his eye off the ball when he heard that a new car lot in Albert Square was giving away pies and chips. Furious that someone was trying to compete with the cafe, Ian marched over and discovered that the lot’s owner is none other than Max.

Fans will remember that Max played a key role in running off Ian’s estranged spouse Jane Beale from the Square last October as revenge for being wrongly sent to jail by the couple.

The sudden reappearance of Max was a hugely exciting moment for many fans:

Last month, Jake Wood promised that Max setting up shop in the Square is only the start of another hugely dramatic storyline involving the grieving father.

“I’ve always thought Max can be redeemed,” Wood said. “I hope he finds some happiness and stability this year but knowing Max, that might be unlikely.

“He has a big story coming up this year which I’m very excited about as I think it’s something different. Watch this space.”

Max’s next move plays out on EastEnders on Tuesday (April 24), airing at 7.30pm on BBC One.

Auckland has officially moved into alert level 3 – with dozens of cars lining up at drive-through fast-food outlets. After a long 35 days, Auckland’s…