EastEnders newcomer Omar Lye-Fook has teased that his character Avery is hiding a big secret from his family due to a falling out.

The singer, who appeared on Monday’s episode of The One Show, is due to give his on-screen brother Mitch Baker (Roger Griffiths) a huge shock when he arrives in Albert Square in scenes due to air this week.

Speaking to presenters Alex Jones and Jermaine Jenas, Omar revealed that Avery has ‘got a few secrets’ and we have no doubt they’ll cause further friction between him and Mitch.

‘He’s the brother of Mitch Baker and he’s been away for a while,’ he said. ‘Nobody knows quite what he’s done, so it’s a bid shady.

‘He’s come back to repair some old wounds and see if he can get back into his brother’s good books.’

Online episodes have, of course, already revealed what Avery is hiding and you can find out here, but be warned, this piece contains spoilers not yet aired on TV. 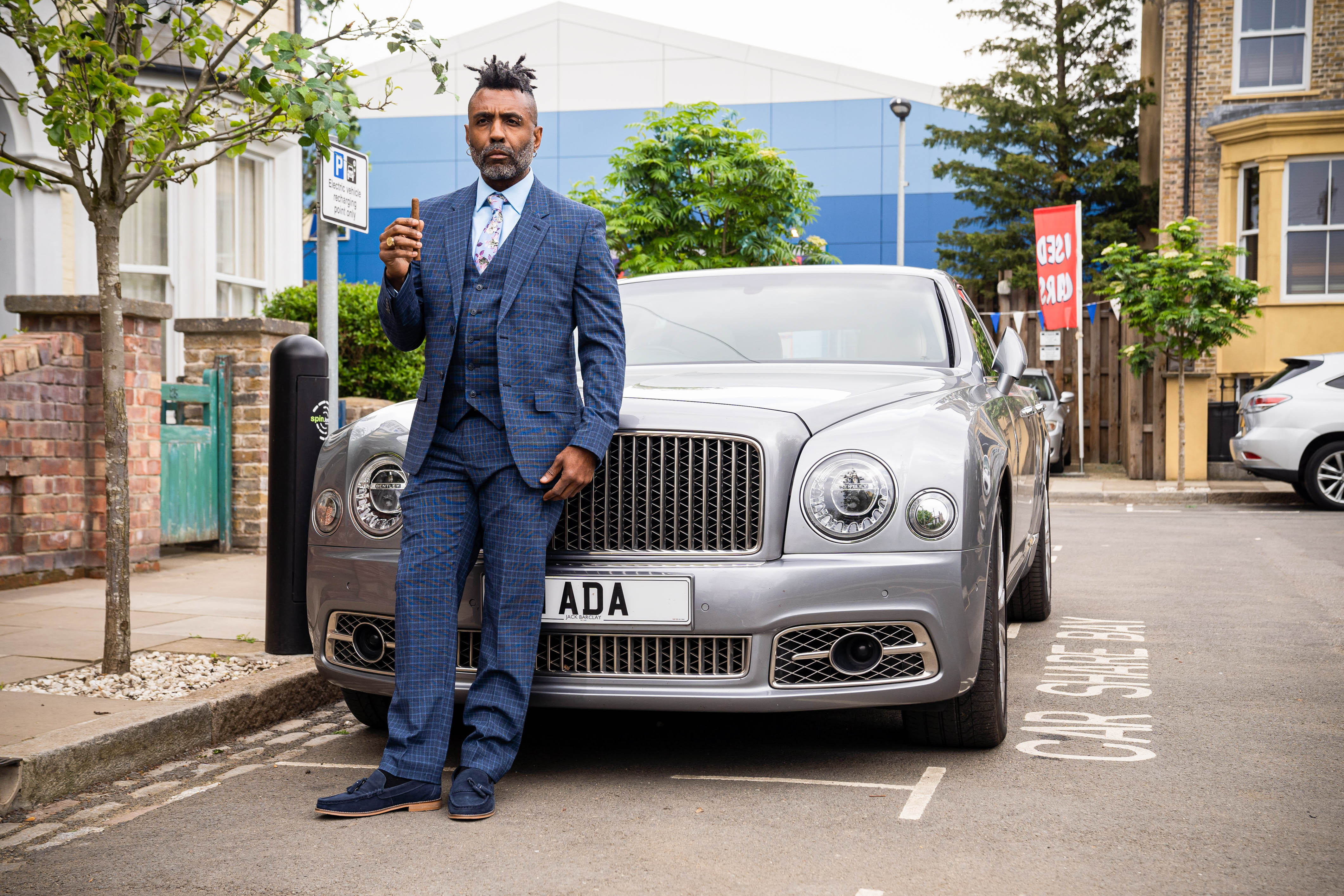 Teasers have already revealed that Avery causes quite the stir upon his arrival, as he drives his flash car through the market, claiming to have a sick cat in the back in urgent need of medical treatment.

This, however, is a lie. Realising he’s got off on the wrong foot with everyone, Avery plans a gathering at the pub, hoping to make amends with the people he’s hurt.

He then attempts to make amends with Mitch, who’s struggling to forgive him for not showing up to support him following Chantelle Atkins’ (Jessica Plummer) death.

With Wimbledon disrupting EastEnders’ typical broadcast schedule, the decision was made to allow audiences the opportunity to watch episodes of the BBC One soap online ahead of broadcast.

The soap will continue to drop episodes on iPlayer each and every Monday until mid-August.

These episodes will also air on BBC Two later this week. And, whether you’re bingeing or watching on the telly, it’s a week in Walford that’s not to be missed.

The One Show airs weekly at 7pm on BBC Two due to Wimbledon. This week’s EastEnders is now streaming on BBC iPlayer.