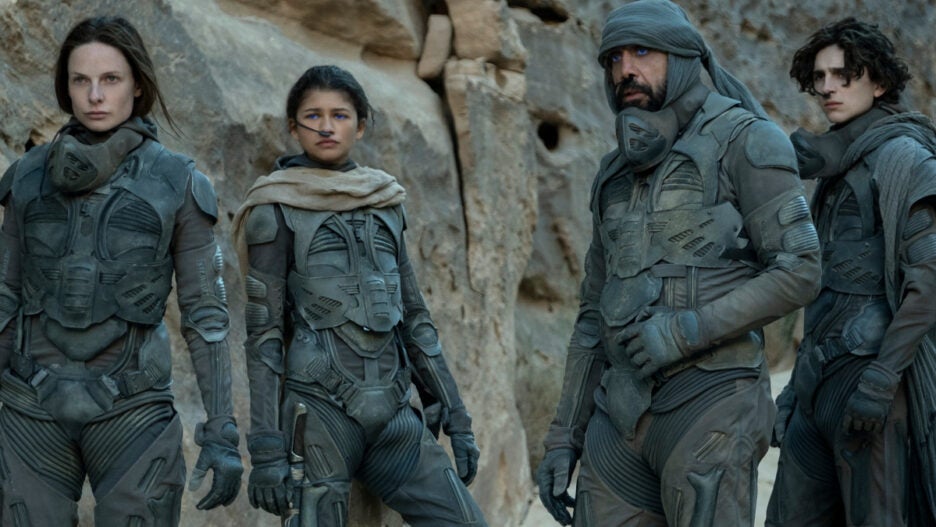 On a slower Halloween weekend box office, Warner Bros./Legendary’s “Dune” stayed No. 1 with $15.5 million in its second weekend as four films from specialty distributors opened lower on the charts.

“Dune” now has a 10-day domestic total of $69.4 million and a global total of pver $250million. While theatrical profits will be minimal, Warner Bros. and Legendary have greenlit a sequel for the Denis Villeneuve blockbuster with a release scheduled in October 2023.

While Warner’s day-and-date release strategy is having some degree of impact on the film’s box office, the studio is playing the long game with “Dune” in the belief that it will help both increase streaming subscriptions and interest in “Dune: Part Two” when it comes out in a (hopefully) COVID-free market. The decision to push forward on turning “Dune” into a franchise is an example of how box office numbers are now only a piece of a larger puzzle when determining a film’s profitability in the era of streaming.

Below “Dune,” four new films have entered the top 10. The highest is Funimation’s “My Hero Academia: World Heroes Mission” in the No. 4 spot with a $6.5 million opening from 1,600 locations. The third film based on the hit manga/anime series is slightly up from the $5.8 million launch for “My Hero Academia: Heroes Rising” in February 2020 and continues Funimation’s recent success with bringing films from top anime franchises to American theaters.

In a tie for sixth on the charts are Focus Features’ “Last Night in Soho” and Searchlight’s “Antlers,” each with a $4.2 million opening total.. Of the two horror films, “Soho” has had the stronger reception with a B+ on CinemaScore and Rotten Tomatoes scores of 73% from critics and 92% from audiences, compared to a C+ and a 61%/70% split for “Antlers.”

Completing the top 10 is another Searchlight release, “The French Dispatch,” with $2.8 million from 788 locations. The Wes Anderson film expanded to 60 cities this weekend after posting the highest per theater average of the year in just 14 last weekend. The film is now set to expand nationwide this coming Friday.

Among holdovers, Universal/Blumhouse’s “Halloween Kills” had a better hold in its third weekend in theaters, ousting “Soho” and “Antlers” to be the top horror film of choice for audiences looking for seasonal scares. It stands No. 2 this weekend with $8.5 million, bringing its domestic total to $85 million and its global total to $115 million.

In third is MGM’s “No Time to Die,” which added $7.8 million in its fourth weekend to bring its total to $133 million domestically. Completing the top 5 is Sony’s “Venom: Let There Be Carnage” with $5.75 million for a domestic total of $190 million after five weekends.