Laura Carmichael, most widely known as Lady Edith Crawley in the British drama series Downton Abbey nearly turned down her audition for the part. How did Carmichael get cast on Downton Abbey?

How did ‘Downton Abbey’ star Laura Carmichael get cast on the show as the character Lady Edith? 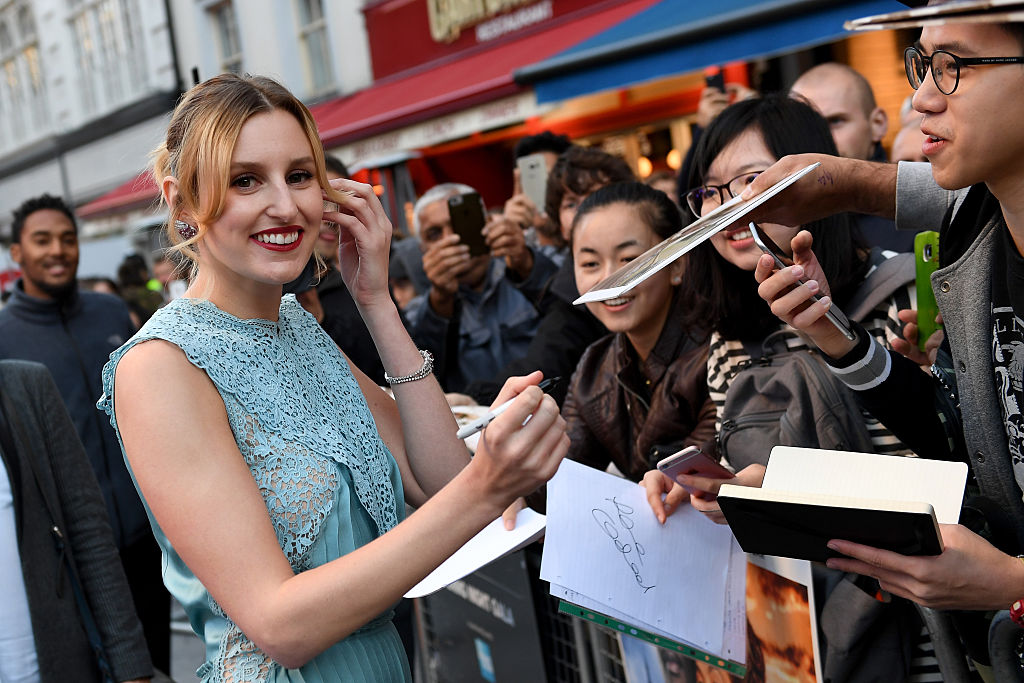 After graduating from the Bristol Old Vic Theatre School in 2007, Carmichael spent 2 years auditioning for small parts in fringe theatres, according to the Independent. Before getting cast on Downton Abbey, she simultaneously held down various odd jobs to make ends meet; she was a nanny, a teaching assistant, and a receptionist.

In 2010 — when Carmichael was employed at a doctor’s office and performing as Viola in a production of Shakespeare’s Twelfth Night — she got an audition for Downton Abbey — or, according to her agent, some type of “period piece.”

However, the Twelfth Night production was just about to go on an international tour when Carmichael got the call for Downton Abbey. Not to mention, she “initially though the role of Lady Edith would be a small part with minimal lines or screen time,” according to Harper’s Bazaar.

“I thought it was going to be a ‘Yes, milord,’ a half-day’s filming, one line maybe,” she remembered. “But it would be good to have on your CV that you’d done telly.” Still, Carmichael was devastated that she might have to quit the play for this type of gig.

“I thought I’m going to have to turn down this dream Shakespeare for this TV job,” she explained. “What a disaster!” However, Carmichael’s agent persuaded her to audition for Downton Abbey.

It’s a brand new chapter for Lady Edith. Are you ready to see what she’s up to in #DowntonAbbeyFilm?

“So I went and read and realized it was for a lead part,” Carmichael told Harper’s. From there, the rest was history.

“You have this feeling you’re never going to get into the room,” Carmichael explained to the Independent. “I don’t know how it happened with Downton; it really was a miracle.”

So how did the very green performer get cast in the series? Carmichael expanded on her casting process in a New York Times interview, noting how unusual it was to suddenly feel famous after so many years of auditioning for parts.

“Yes, I went from being pretty much out of work to this,” the actor explained of Downton Abbey. She continued:

I hadn’t been in any television before, or even auditioned for television, so it was a huge, life-changing moment. The casting director had seen me at drama school two years earlier, and I’m not sure why she remembered me but she asked me to audition.

Carmichael ended up playing Edith Crawley in 52 episodes of Downton Abbey, over the course of the 6-season series. Although Lady Edith might have been a bit overshadowed by her glamorous and powerful older sister, Lady Mary (played by Michelle Dockery), the creator of the show, Julian Fellowes, gave Downton’s modern, middle daughter, a memorable storyline.

Not only did Lady Edith fall in love with a married man and have a child out of wedlock, but she also left Downton to pursue a writing and publishing career.

“Julian’s always said that he wants something for her life and I think it’s interesting the way that it has panned out,” the Downton Abbey star explained of Edith’s character arc.