Long-running cult classic Doctor Who is going to be making a return in 2021 to ring in the New Year with a Dalek extravaganza. Doctor Who will then be coming back later in earnest with season 13 with plenty more monsters and the mythology of Gallifrey expected to be explored further. However, some fans are curious to know about any romance on the horizon for the Time Lady (played by Jodie Whittaker) in the forthcoming BBC series with assistant Yaz Khan (Mandip Gill).

Will Yaz and the Doctor have a romance?

Doctor Who has previously seen romances between the time traveller and various companions over the years since the show was rebooted in 2005.

Billie Piper’s Rose Tyler fell in love with the 10th Time Lord (David Tennant) in an epic romance spanning across time and space.

While Freema Agyeman’s Dr Martha Jones had unrequited feelings for the Time Lord, who was still very much hung up on Rose.

Matt Smith’s 11th incarnation became the object of Amy Pond’s (Karen Gillan) affections much to his embarrassment before he redirected her emotions back to her longtime boyfriend Rory Williams (Arthur Darvill). 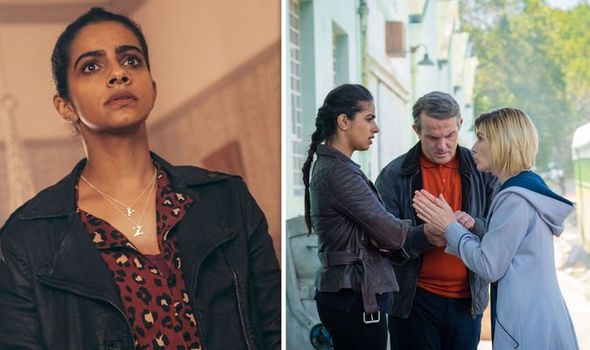 We will use your email address only for sending you newsletters. Please see our Privacy Notice for details of your data protection rights. Doctor Who: Tosin Cole teases ‘emotional’ final scene

The 11th Doctor also had a flirtatious relationship with the Impossible Girl Clara Oswald (Jenna Coleman) before his successor (Peter Capaldi) put a stop to this after his regeneration, gruffly telling her: “I’m not your boyfriend.”

There was also the romance between River Song (Alex Kingston) and the Doctor which spanned across various versions of the Time Lord before their final meeting.

Even the Doctor Who movie starring Paul McGann as the Time Lord from 1996 featured a kiss with his assistant Dr Grace Holloway (Daphne Ashbrook).

So, a romance between the 13th Doctor and Yaz wouldn’t be out of the question but would simply be the first same-sex one for the show. 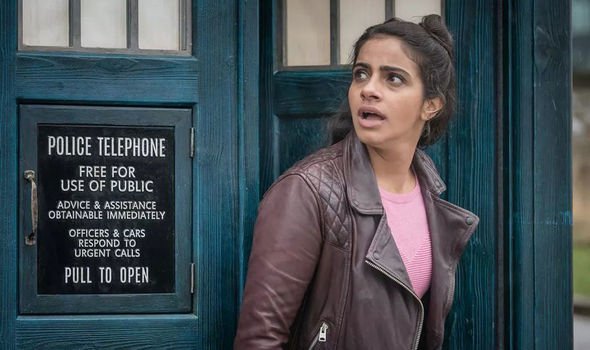 Gill has previously said she would be open to Yaz and the Doctor embarking on a romance with portions of the Whovian fandom even creating art shipping the two characters.

Speaking to media including Express.co.uk, Gill said Yaz had a “different connection” to the Doctor “for loads of personal reasons” compared to fellow companions Ryan Sinclair (Tosin Cole) and Graham O’Brien (Bradley Walsh).

She said Yaz was “struggling” in the Time Lady’s absence and finding it “a little bit distressing”.

Gill went on to say: “But also, she has a connection with the doctor and with space.

DON’T MISS…
Doctor Who: Why doesn’t the Doctor remember her previous incarnation? [ANALYSIS]
Will there be a Doctor Who Christmas special this year? [EXPLAINER]
Is Yasmin in love with the Doctor? [THEORY] 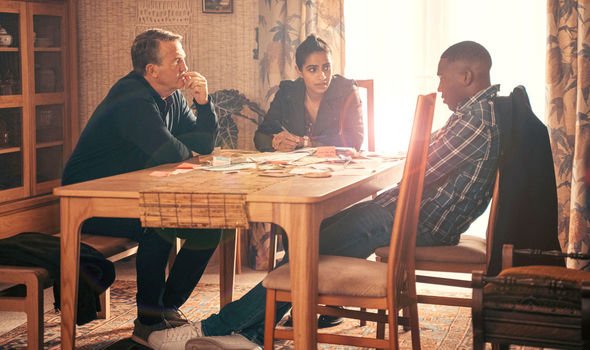 “So she lives in Sheffield, but there’s just something about space and the Doctor that’s just not being fulfilled yet.”

The actress said Yaz had gone through personal growth as she became familiar with sci-fi lingo and frequent alien encounters – much like the star’s own development as a performer and becoming part of the Doctor Who world.

She hinted there could be more development coming for Yaz in season 13, teasing: “I think in her personal life things were touched upon in episodes in the previous series, and which I think says issues did come to light to explain her behaviour and whatnot.

“It’s not to say that they’ve gone and that she’s she’s found a resolution to them. But I think maybe in telling and speaking about it is sort of a bit more of an understanding and a grounding and she sort of found herself a little bit more, but there’s still loads to come.”

Before Doctor Who returns for a fully-fledged season, fans will get served up a feature-length epic Revolution of the Daleks.

With the Time Lady behind the bars after getting taken by the Judoon, it will be up to the rest of the Fam to save the day with a dash of help from Captain Jack Harkness (John Barrowman).

Revolution of the Daleks will mark the final episode for actors Walsh and Cole, who will be bidding farewell to the TARDIS after two seasons on board.

Season 13 will see a lonesome twosome as Yaz and the Doctor travel the universe going on many more adventures.

While details are being kept tightly under wraps, fans can expect more new worlds and monsters in the forthcoming series.

Doctor Who: Revolution of the Daleks will air on BBC One on New Year’s Day at 6.45pm

It was a case that shocked the world, prompting an FBI investigation and a vow from Prime Minister Tony Blair that it would never happen…