Disney has dropped the first teaser for its upcoming live-action Kim Possible movie, giving us our first proper glimpse at new lead Sadie Stanley as the titular character.

In the very brief clip, we see Kim utter her iconic line “so, what’s the sitch?”, acting all cool and secret agent-y in the process. We’re very excited already.

It comes a few weeks after series creators Mark McCorkle and Bob Schooley unveiled a first look at Stanley in costume as Kim.

The movie itself is based on the classic Disney Channel cartoon. The series ran between 2002 and 2007, focusing on Kim’s life balancing being a teenager and saving the world.

Alongside Stanley, the movie will feature The Goldbergs star Sean Giambrone as sidekick Ron Stoppable, Todd Stashwick from The Originals as archnemesis Dr Drakken and Succession‘s Taylor Ortega as his henchwoman Shego.

The role of Kim’s mother, Dr Ann Possible, will be played by Buffy the Vampire Slayer and How I Met Your Mother star Alyson Hannigan. 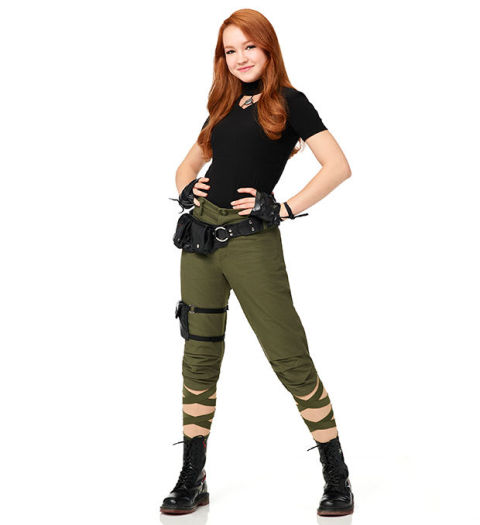 A more specific release date for the upcoming Disney Channel Original Movie is yet to be announced, the trailer re-confirming the news that it will come out sometime in 2019.

Watch this space, however, as we’re sure to get some more big news on the live-action movie soon.