We’ve got questions, and you’ve (maybe) got answers! With another week of TV gone by, we’re lobbing queries left and right about lotsa shows including Obi-Wan Kenobi, Barry, Hacks and The Orville! 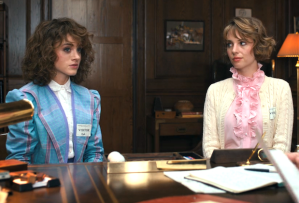 1 | Stranger Things 4, Part 1 spoilers ahead! 🅐 Why did the (human) bad guys have any trouble locating Eleven, seeing as she was living with the Byerses, under the name Jane Hopper? 🅑 Even in the 1980s, wouldn’t “Jane” have been required to have a parent or guardian present when being questioned by the police? 🅒 In Episode 4, did you catch Victor Creel (played by Robert Englund) scratching the desk with his fingernails, Freddy Krueger-like? and before speaking of “waking nightmares”? (If that wasn’t on-the-nose enough, Dustin name-checked Freddy soon after!) 🅓 Speaking of Creel, was it wise of Nancy and Robin to give the supposed psycho their real names? 🅔 Why did Max only record her 45-minute loop of “Running Up That Hill” on one side of the cassette and not both? 🅕 How come, when Dustin, Lucas, Max and Erica took off on bicycles, none of the grownups chased after them in a car? 🅖 In Episode 6, was the quickly and smoothly scrolling text on Suzie’s 1986 PC a rare lapse in visual effects? 🅗 In Episode 7, shouldn’t Eddie have had more of a reaction to first landing in the Upside Down? 🅘 And lastly, are we just pretending that Mike, Will, Jonathan and Argyle didn’t up and disappear for the final two hours of Season 4A…? 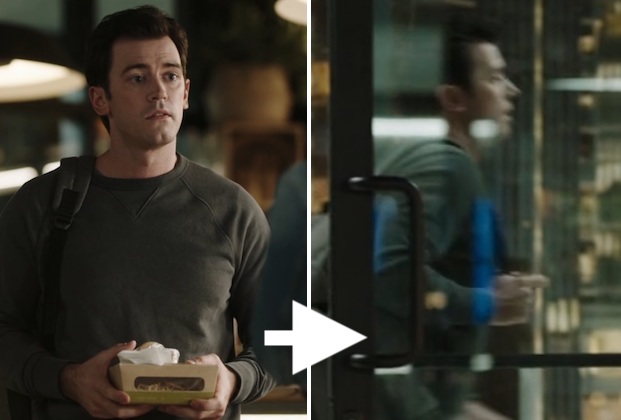 2 | Was Transplant‘s Theo so overcome by the offer of sex that he forgot his cake?

3 | Are Riverdale additions Heather and Agent Drake a little too eager to buy into all the supernatural weirdness happening in this town? Also, Cheryl Blossom claims that the Wizards of Waverly Place achieve invisibility through the use of a cloak, but according to the Disney Channel sitcom’s extensive wiki, a wish or a spell is required to make oneself invisible — so who are we supposed to believe?!

4 | Given that Fear the Walking Dead’s Strand had turned into a murderous villain, why would Alicia’s pals have allowed him to set sail with them? Also, if Alicia’s final scene was meant to take place in the hereafter — as her restored health suggested — why did she still have a skeletal arm? And why did she bother putting on a radiation mask? 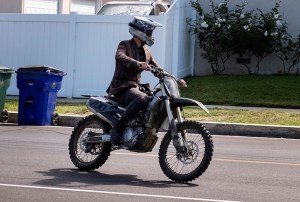 5 | On Barry, did you marvel at how exactly they pulled off that high-speed bike chase through dense L.A. freeway traffic? And do you kind of want to see stoner savant/beignet master Mitch become a regular character?

6 | Did the We Own This City classroom ending initially confuse you, too, until you realized that was the vision in Wayne’s head? Do you think it’s odd that the producers didn’t mention former Commissioner Kevin Davis’ past misdeeds, which is something he’s come under fire for as of late? 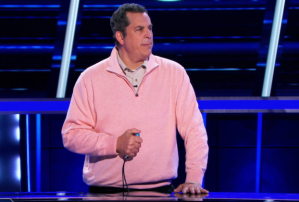 7 | Should ABC snatch up The Chase contestant John to take over as The Goldbergs’ Murray? Also, how did this week’s first player even qualify to be on the show?

8 | If Obi-Wan Kenobi‘s Reva transmitted the BOLO for the Jedi master to each and every dreg of humanity, did the stormtroopers on Mapuzo not also have his photo — as well as the name of kidnapped “Leia” — handy? Why did Darth Vader watch Obi-Wan get away? Couldn’t he have just leapt over the flames? Anyone else wondering who and where Obi-Wan’s brother is right now? Lastly, will the Disney+ series eventually establish why Leia — years after having had this rollicking adventure with the Jedi — in her A New Hope hologram message addresses General Kenobi as simply someone who “served my father in the Clone Wars”?

9 | So You Think You Can Dance fans, is the Matthew Morrison controversy putting a damper on your enjoyment of the Season 17 auditions?

10 | Will Hacks‘ Marty actually go through with his pending wedding, or do you think there’s an eventual future for him and Deborah up ahead? Also, did the Season 2 finale feel a bit like a series finale? 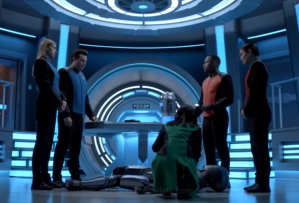 11 | On The Orville, were you frankly disappointed by Dr. Claire Finn’s use of outdated terminology to report [Spoiler]’s death by suicide?

14 | In The Boys Episode 3, why’d The Deep have to eat the octopus while he was still alive/moving? Couldn’t he have killed him first?

Hit the comments with your answers — and any other Qs you care to share!