Fans of Dexter probably know the opening titles by heart. For eight years, they heard the same theme song and saw the same images introduce them to the world of Dexter Morgan (Michael C. Hall). Now the serial killer is back in Dexter: New Blood, and the introduction is going to be a surprise. 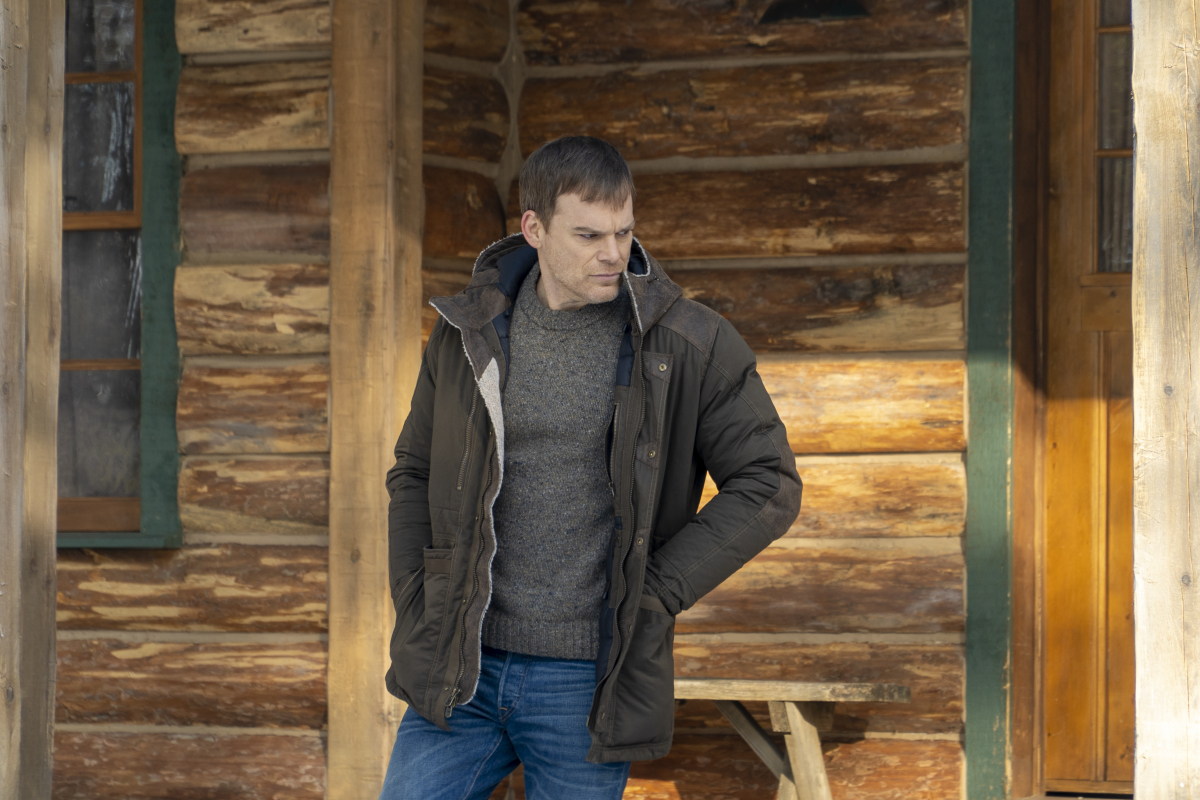 ‘Dexter: New Blood’ will have a new introduction

Showtime provided the Television Critics Association with the first episode of Dexter: New Blood prior to the panel. However, it was a rough cut and it was missing the opening titles. In fact, Showtime has still not released the new opening title sequence the week before the show premieres. Phillips confirmed they are working on something new, though.

Dexter is about a serial killer who kills other serial killers. That already has a macabre irony to it. Add to that the fact that he worked for the Miami PD to help cover up his crimes. So, the introduction to the old show had a sense of humor about itself.

Blood and strangulation were a big theme of the original titles. It begins when Dexter swats a mosquito biting his arm. He proceeds to shave in extreme closeup and cuts himself, dabbing the blood.

Dexter continues to make breakfast. He fries and eats a piece of ham and an egg. Perhaps this suggests the raw meat his victims become. The yolk pours and he drips Tobasco sauce on it too. He also makes coffee with a French press and slices an orange, like he slices his victims.

As Dexter gets dressed, he flosses and pulls a waistband tight. Both images suggest the killer’s hands gripping a rope to strangle a victim. He stares at the camera vacantly, and leaves the house with a smile on his face to blend in with the world. All of this is set to instrumental music that is eerily hummable.

Dexter: New Blood picks up with Dexter relocated to Iron Lake, New York. He’s living under the name Jim Lindsay and presumably has quit murder cold turkey. So that cheeky morning ritual would no longer apply.

‘Dexter: New Blood’ will have a different intro every week

That title sequence remained for all eight seasons of Dexter. Now, not only are they giving Dexter: New Blood a makeover, but every episode is going to feature a different title sequence, according to Showtime. This is a new advantage of prestige TV. Shows have taken to switching up title sequences to make each episode a new experience.

For example, Chucky has the killer’s name form out of different macabre murder implements each week. One can imagine how much fun Dexter: New Blood can have with episode specific title treatments. Wonder if they’ll keep the theme song though.

“The viewer should expect that the title sequence, the titleage will be very different from what they’ve seen before,” Phillips said.