Fresh from their two knockout performances at Coachella, the trio let their hair down and enjoyed glasses of bubbly at the Dundas opening party. 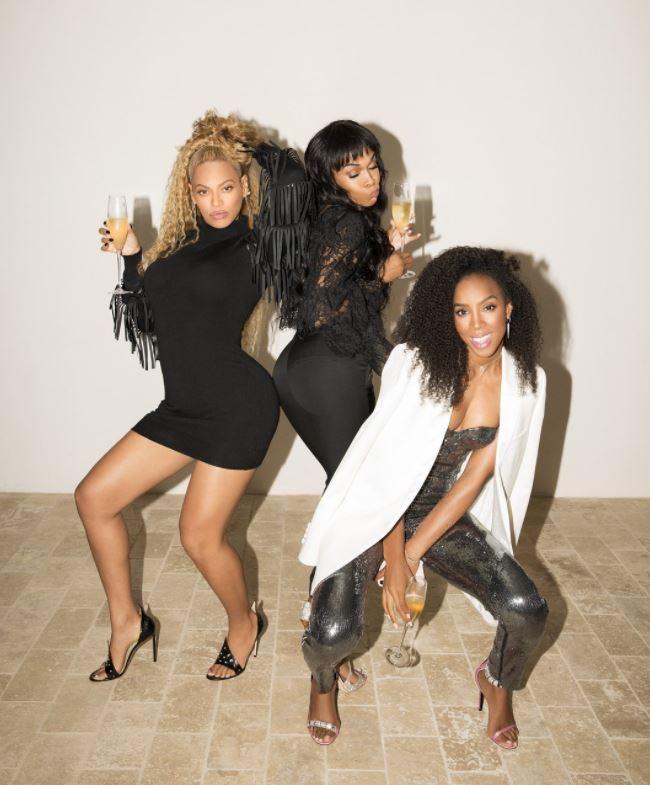 Beyoncé showed off her legs in a figure-hugging black mini dress and matching stilettos. Her golden mane was voluminous and she pouted at the camera and went bum to bum with Michelle Williams.

Michelle wore a chic black lace top and trousers, while Kelly Rowland brought some sparkle in a silver jumpsuit and a white blazer.

There was lots of laughter and smiles as the girls hung out away from the pressure of the stage.

Beyoncé wowed the crowds at Coachella by reuniting Destiny's Child  — a year after she pulled out of headlining the festival. 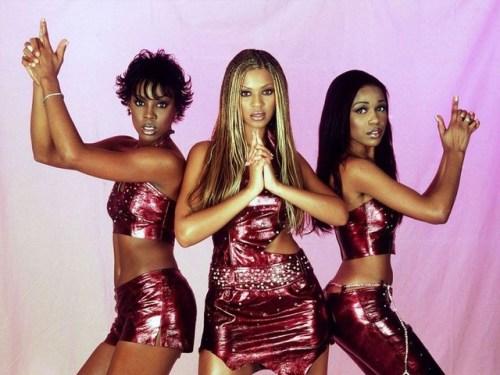 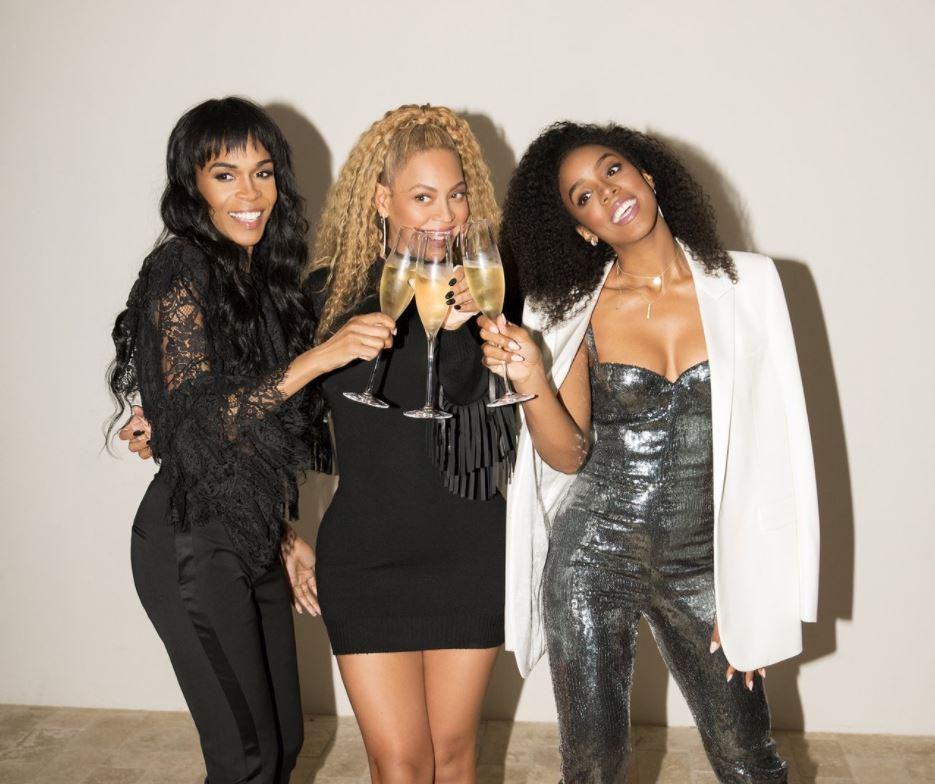 The singer opened her first show in an Egyptian-themed corset and cape but quickly changed into a pair of tiny jean shorts, shimmering knee-high boots, and a yellow sweatshirt with her initials.

But the highlight of her incredible set was when she brought together her former girl group to perform Say My Name, Soldier and Lose My Breath.

She also entertained the audience when she brought out Jay Z for Deja Vu.

The pop megastar made the performance a family affair when she brought sister Solange on stage for a dance off. 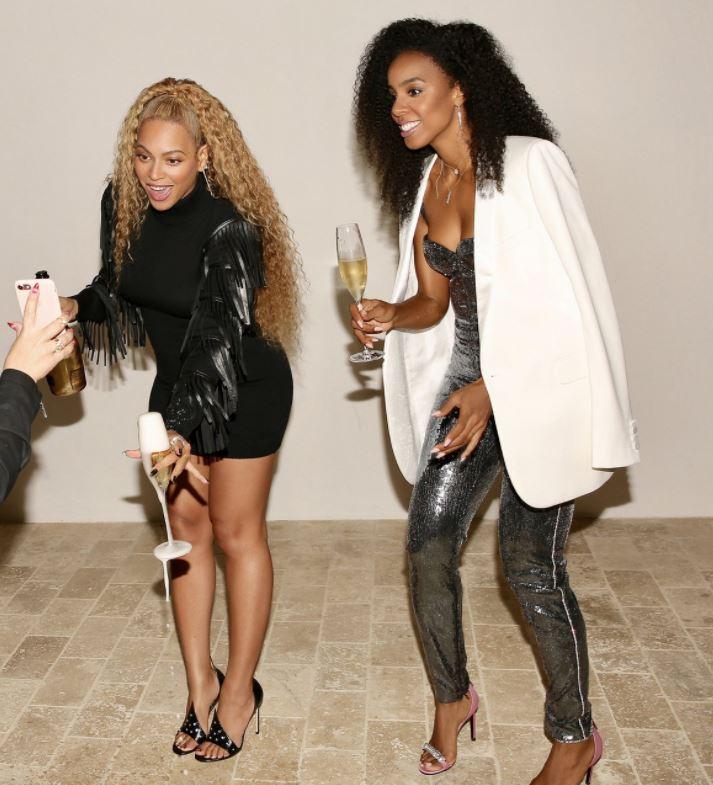 Beyoncé, who was accompanied by a live band and backing dancers, kicked off her set with Crazy In Love.

Later, she bravely sang Drunk In Love from the top of a crane which stretched out over the audience.

The 36-year-old was forced to cancel headlining the Californian festival last year when she became pregnant with twins Rumi and Sir, who were born June 2017.

As she was preparing to sing Run The World (Girls), she exclaimed: "Thank you for allowing me to be the first black woman to headline Coachella." 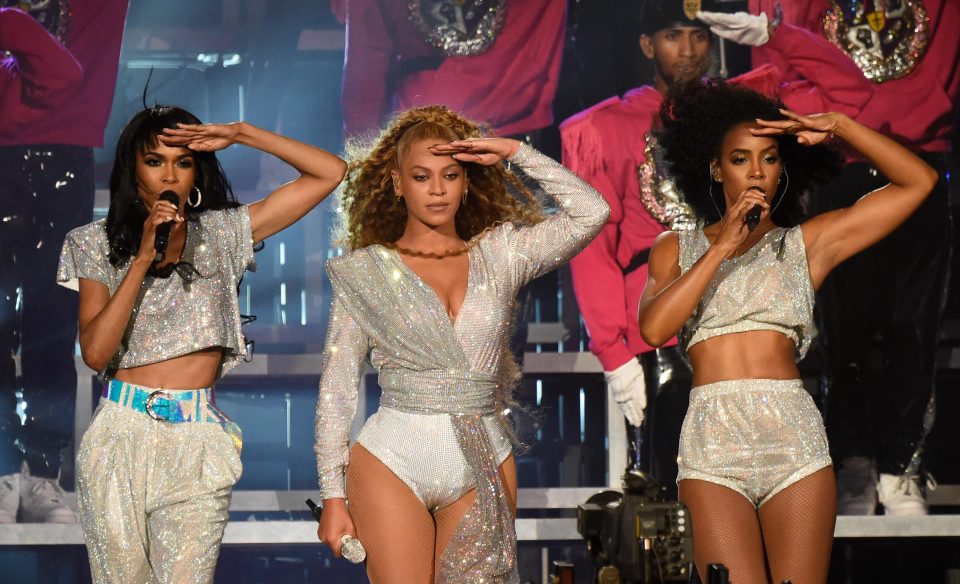 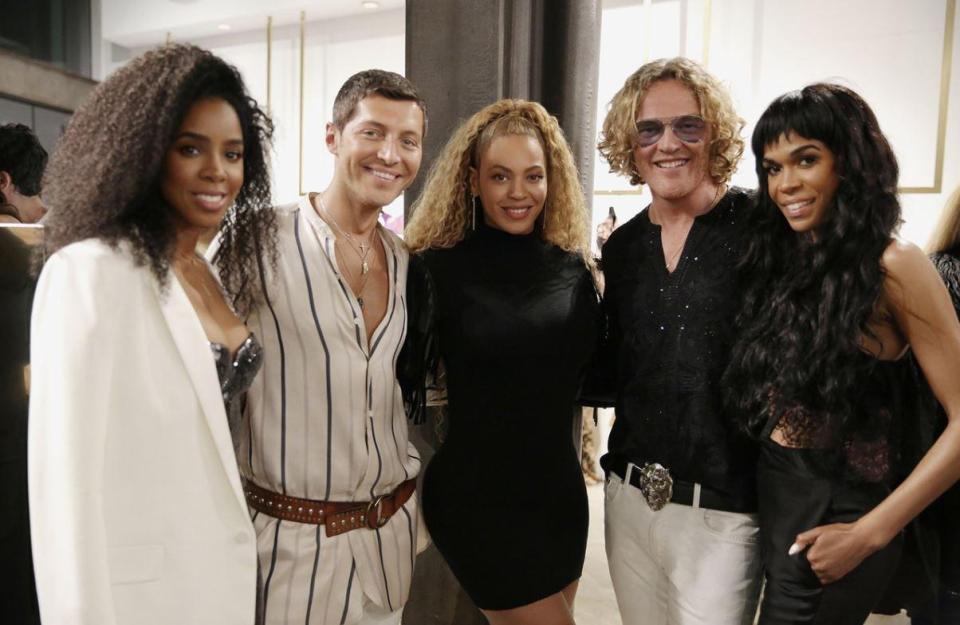 It was previously reported that she was spending up to 11 hours a day rehearsing for the shows.

Singer Sam Smith tweeted: "Beyoncé at Coachella looks out of this world."

Another fan tweeted: "Beyoncé proves yet again that she's the greatest performer of all time. That's it. No more debates."

Before the end of her performance, she said: "I’m so happy that I am here. I was supposed to perform at Coachella [last year] but I ended up getting pregnant — thank God!