When Designated Survivor landed in 2016, it came with a brilliant high concept: Jack Bauer as the President.

While the second half of season two saw the show settle into its groove, ABC cancelled Designated Survivor on May 11, but there has since been reports that distribution company eOne is trying to get another network to pick it up and Netflix – which airs the show internationally – is interested too.

Will it be enough to secure Kiefer for a third term? Here’s everything we know so far.

Designated Survivor season 3 renewal: Can we expect it back?

Season two averaged four million weekly viewers, down on the first season’s average audience, but it’s not because of the ratings that ABC dropped the axe. 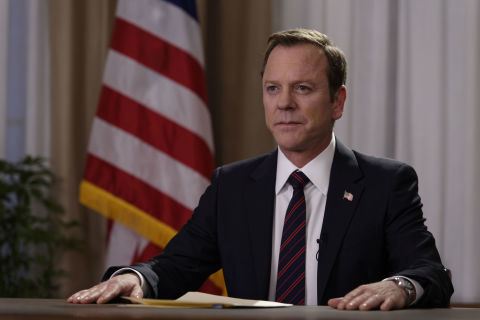 “Creatively, we’ve had a lot of behind-the-scenes churn on the show in terms of the number of showrunners involved. We were less confident with the creative path forward than the other shows we brought back,” explained ABC president Channing Dungey (via TVLine).

So it remains to be seen if another network can be convinced that the show deserves a third season and Netflix would at least know how popular the show is outside of the US.

For his part, Sutherland had seemed pretty confident that a third season is pretty much in the bag before ABC cancelled it. “I do believe it is [coming back], but nothing is ever written in stone,” he told Digital Spy in April.

Designated Survivor season 3 release date: When will it arrive?

Season two aired its final episode ‘Run’ on May 16 on ABC in the US, with the rest of the world being able to watch via Netflix one day later. 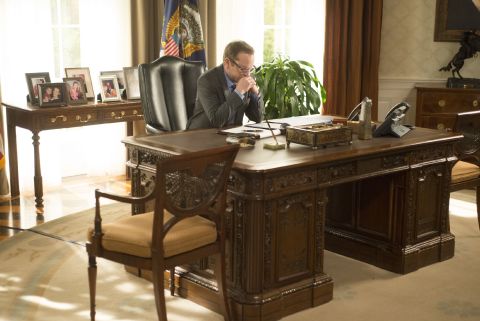 Should Designated Survivor get a third season, we’d usually expect it to premiere towards the end of September 2018 as the previous seasons started on September 21, 2016 and September 27, 2017, respectively, but the show’s current situation means that there could be a delay IF any network decides to continue it.

The UK will still continue to get the new episodes on Netflix the day after their US airing. (If you don’t have Netflix, Channel 5 has also begun airing the show in the UK, so the third season will turn up there too… eventually.)

There wouldn’t be a show without Kiefer Sutherland as President Tom Kirkman, but he’ll have to deal without his First Lady from now on, following Alex Kirkman (Natascha McElhone) being killed off in the season two midseason finale. 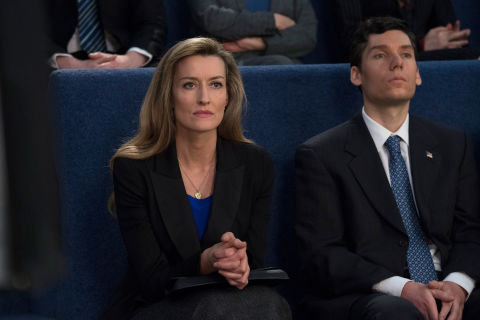 Providing they don’t follow her in the rest of season two, Adan Canto as Aaron Shore, Italia Ricci as Emily Rhodes, LaMonica Garrett as Mike Ritter, Kal Penn as Seth Wright and Maggie Q as Hannah Wells will all be back.

The second half of season two also saw Michael J Fox join the cast for a five-episode arc as Washington attorney Ethan West and there was also a 24 reunion as Kim Raver will be playing entrepreneur Andrea Frost, but we don’t yet know if they’ll continue into any possible third season. 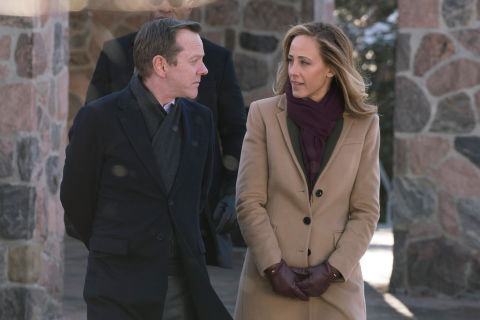 Designated Survivor season 3 plot: How does season 2 set it up?

Despite resolving another international crisis, President Kirkman seemed set to step down as President, before a last-minute gesture from Ethan West about his integrity saw him announce his bid for re-election in an address to the nation.

As the episode ended, President Kirkman picked up the phone to talk to the Attorney General, but we’ve no idea what was said. 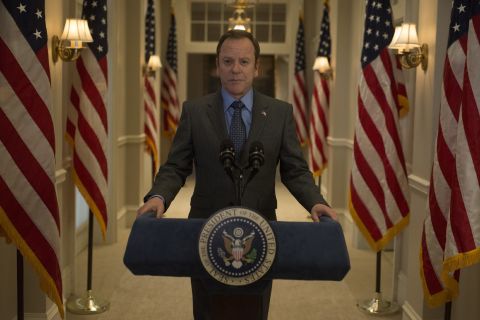 The other tantalising strand left open by the season two finale involved Emily Rhodes who handed in her resignation as Chief of Staff, which was grudgingly accepted by President Kirkman. However, was Emily actually working against the President all this time?

After Hannah Wells managed to track down Damien’s daughter Amy, she helped her to draw out Russian intelligence agent Valeria (Nora Zehetner), killing her and retrieving a flash drive that contained a video of Valeria making a secret exchange with none other than Emily.