The expanded shortlist, chosen without the input of an executive committee for the first time in 13 years, missed some challenging films but rounded up lots of favorites 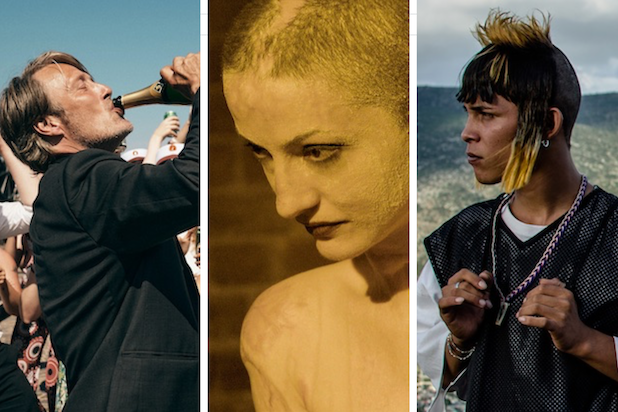 The last time the Oscars let its general voters determine the entire shortlist in the Best International Feature Film category, it was 2007 and so many quality films were snubbed that the Academy changed the rules in what was then called Best Foreign Language Film.

But this year, with the shortlist expanded to 15 entries and entrusted to the general body of voters for the first time since then, the usual suspects all made it to the shortlist and the outcry over what didn’t make the cut is likely to be muted though not entirely absent.

Denmark’s “Another Round,” Romania’s “Collective,” Mexico’s “I’m No Longer Here,” the Ivory Coast’s “Night of the Kings” and Taiwan’s “A Sun” were among the critical favorites from the record 93 films that qualified in the category, along with crowd-pleasing films like Chile’s “The Mole Agent,” the Czech Republic’s “Charlatan” and France’s “Two of Us.”

Normally, the general voters would choose all but three of the films on the shortlist, and then an executive committee would look at the results and add three additional films to complete the list. That rule was instituted so that challenging films wouldn’t be left off the list the way “4 Months, 3 Weeks and 2 Days” was in 2007, and it has guaranteed that the international shortlist has fewer egregious oversights and more tough, non-commercial work than in the past.

With the executive committee sidelined this year because of security concerns, the shortlist is definitely missing a few films that might have shown up under the previous system, foremost among them Portugal’s “Vitalina Varela,” Georgia’s “Beginning” and Ukraine’s “Atlantis.” “La Llorona,” a slow-paced horror film with a political message, may be the most challenging of the films that did make the cut with the voters.

With all Academy members around the world eligible to vote in the initial round of voting if they’d seen enough of the films, the 15 shortlisted films — increased from 10 when the shortlist was eliminated — include two from Asia, two from Africa and three from the Americas, in addition to the usual hefty showing for Europe.

Higher-profile films that didn’t make the shortlist include Greece’s “Apples,” Spain’s “The Endless Trench,” Germany’s “And Tomorrow the Entire World” and Switzerland’s My Little Sister,” while the biggest surprise among the ones that did make it is probably Tunisia’s “The Man Who Sold His Skin.”