No matter how good or average the actual film turns out to be, Deadpool 2 is having a lot of fun with its marketing campaign.

There’s been a host of pop culture parodies helping hype the film up, and let’s not forget an already-iconic music video featuring Celine Dion putting the Merc with a Mouth in his place.

We’re bringing everyone AND the kitchen sink to this one. Who are YOU taking to #Deadpool2? Get your tickets at Deadpool.com.

We’re bringing everyone AND the kitchen sink to this one. Who are YOU taking to #Deadpool2? Get your tickets at Deadpool.com.

The sequel bills itself as being ‘From the studio that killed Wolverine’.

The poster also features a collection of the expanded cast, lots of fire and Deadpool reclining on a duck, as you do. There’s also a sink floating in the water, to go with the caption: “We’re bringing everyone AND the kitchen sink to this one.”

Speaking of Wolverine, Ryan Reynolds is not giving up on the idea of having Deadpool and Wolverine in one movie together. 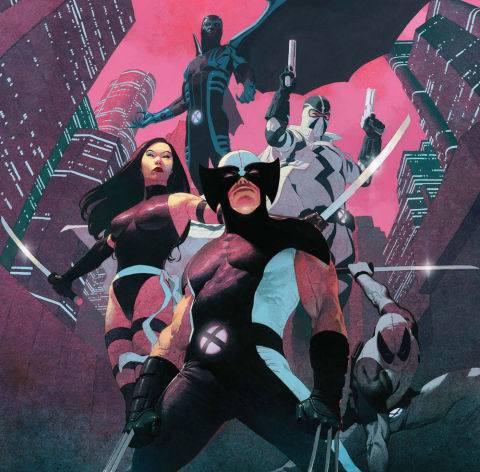 “He’s alive and well in my timeline,” Reynolds insisted. “There is a Logan running around out there with a little bushy chest and his little sharpy, sharpy claws, and he is alive and well and ready to go. I would love that.

“There’s no human being I love more than Hugh Jackman. I already miss him as Logan, so I’m one of those guys that whenever I see him, I’m like, ‘Come on, man. Just one more. Come on. We’ll do it together. It’ll be fun. Come on!'”

Deadpool 2 opens on May 15 in UK cinemas and then arrives in US theatres on May 18.