Legends of Tomorrow may not have anything to do with this year’s Arrowverse crossover event, but it does have its very own mash-up planned for later this season.

At The CW Fall Launch event, Legends‘ showrunner Keto Shimizu told TV Line: “During the week that all the other crossovers are happening, we will essentially be crossing over with ourselves.” It will be an episode that travels across “alternate time periods”. 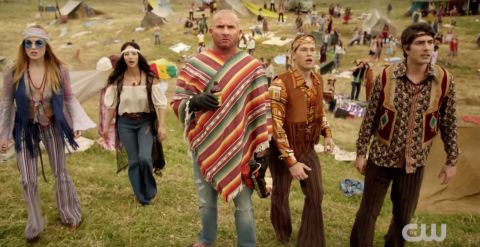 “That particular episode is insane,” added the show’s lead Caity Lotz. “I think they wanted to do something special since we weren’t going to be doing the [Elseworlds] crossovers.”

Lotz explained that “you’ll see a lot of different sides of the Legends” as the show travels through the different timelines.

Tala Ashe, who plays Zari, joked: “I’ll just say it’s a lot of work for the people who are in those scenes! It’s fun.” 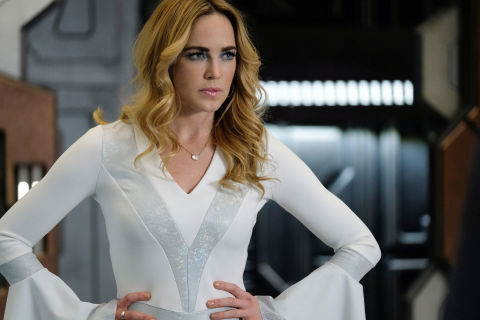 In a sneak peek, Batwoman is only shown in animated form, but there is a brief glimpse of the Bat-Signal being flashed off in the distance as the heroes make cheeky references to Gotham City.

Legends won’t get involved in the fun, however, and co-showrunner Phil Klemmer has even hinted that they could miss out on another Arrowverse crossover in 2019.

Legends of Tomorrow‘s fourth season will launch on October 22 on The CW in the US. The series airs on Sky One and NOW TV in the UK.