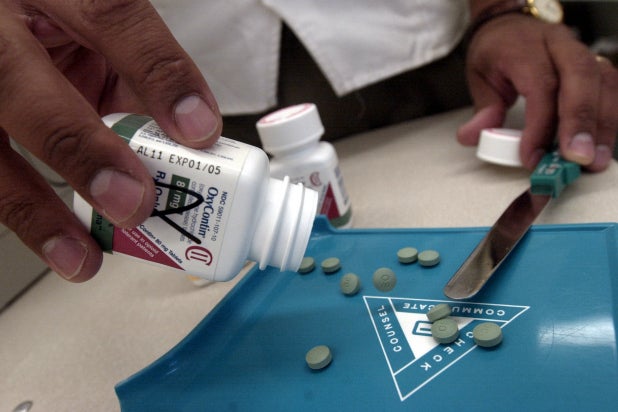 Reporter David Armstrong’s expose on a rich American family’s role in a cover-up of the opioid crisis is set to become a film for 101 Studios. On Thursday the studio said it will fully finance and globally distribute a feature film that will provide an inside look into Armstrong’s riveting and perilous journey to reveal the truth behind the deception and misdeeds by the makers of OxyContin.

Armstrong was originally working on a feature about the Sacklers, one of the richest families in the U.S. At the time, very few people knew anything about them, including that they were the sole owners of Purdue Pharma. Over a four-year investigation, he discovered evidence that, in order to maximize their profits, members of the Sackler family knew of and supported Purdue’s concealment of the strength and addiction risks of the drug OxyContin. Since the release of OxyContin, more than 200,000 Americans have died from prescription painkiller related overdoses.

The film will be written and directed by award-winning, husband-wife filmmakers Aron Gaudet and Gita Pullapilly (“Beneath The Harvest Sky”).

“I am pleased that the story of this crisis, which has impacted so many families, will be shared with a movie audience,” Armstrong said in a statement. “I am impressed with the vision Gita and Aron have for telling this story and confident it will resonate with audiences.”

“We are thrilled to be working with David Armstrong and 101 Studios to tell this vital story,” Gaudet and Pullapilly said in a statement. “We believe the opioid crisis is the defining social issue of this generation. And, every family affected by OxyContin addiction deserves to know the truth behind the Sacklers’ role in it.”

CAA Media Finance, which arranged financing for the film, brokered the deal. It was negotiated by Glasser and James Allen represented by Leif Cervantes de Reinstein of Sheppard Mullin, and the filmmakers were represented by Eric Suddleson of Felker Toczek Suddleson Abramson, along with CAA and Anonymous Content.

“Aron & Gita are impact filmmakers — with journalism backgrounds they have strikingly blended relevance and realism with cinema and style, in this high-stakes true story,” McDonough said in a statement.

In addition to this film about Purdue Pharma, 101 Studios recently acquired the film and TV rights to “Paradise Found,” a non-fiction book written by Bill Plaschke about a group of survivors caught in the 2018 fire that ravaged Paradise, California.

The studio most recently released the buzzy The Weinstein Company holdover “The Current War,” which grossed just $11 million worldwide.

101 Studios, which launched roughly a year ago, lined up more than $300 million to acquire, develop and produce four to six films a year in the U.S., and will finance and produce six to eight new TV series it has in development.

“We are honored to be bringing David Armstrong’s important work to audiences,” Glasser said in a statement. “This is not just another story of America’s opioid crisis, but an insider’s look at how investigative journalism can play an integral role in helping to uncover the truth.”