The Star Wars saga might never be able to completely move past Darth Vader. The notorious Sith Lord has been an integral part of nearly every corner of the franchise. Even when he’s not on screen, Vader still often looms over the story like a shadow. Now with Hayden Christensen coming back to the role, Darth Vader has another comeback in the works. Yet, the iconic villain was once only rated the third-best in movie history. 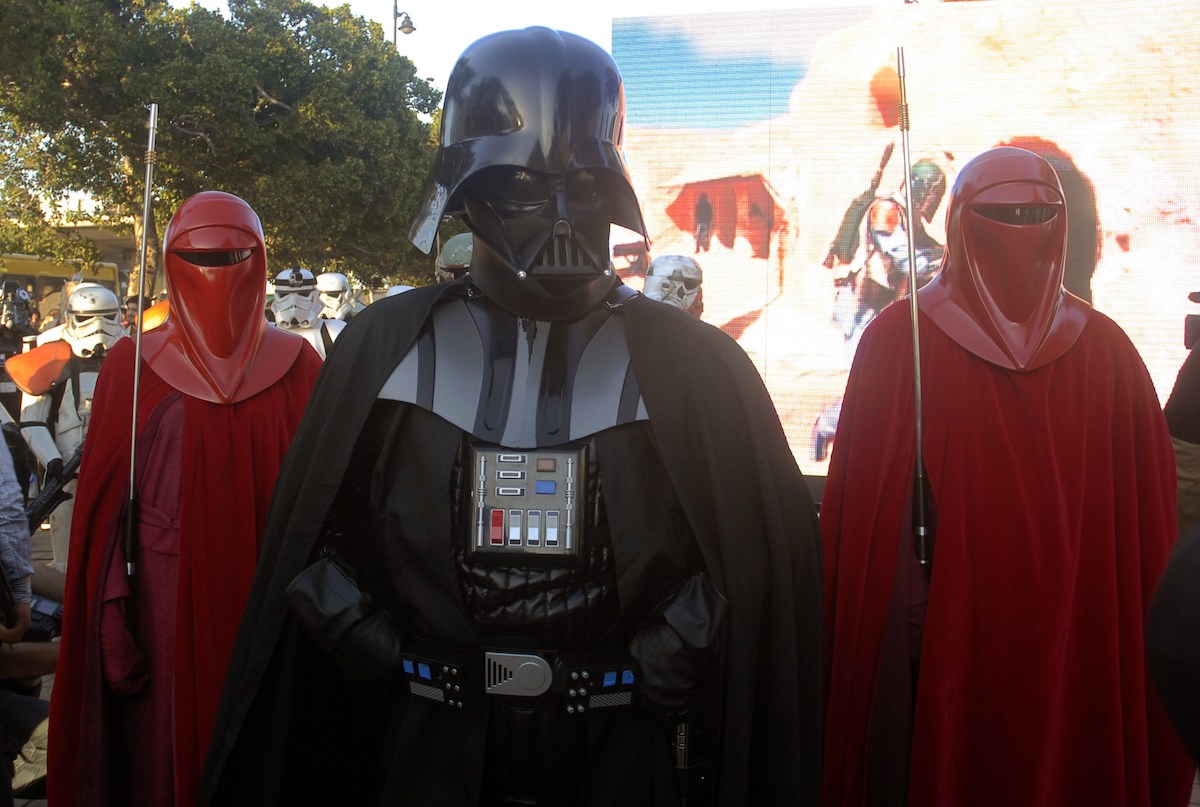 The ‘Star Wars’ saga is filled with captivating villains

Darth Vader might be the most famous Star Wars villain. But he’s far from the only one populating the “galaxy far, far away.” In the films themselves, he isn’t even the only prominent Sith Lord. Vader’s master, Darth Sidious aka Emperor Palpatine (Ian McDiarmid), appears throughout the Skywalker saga. His previous apprentices, Darth Maul (Ray Park) and Darth Tyranus aka Count Dooku (Christopher Lee) also pop up in the prequels.

Throughout the movies, other notable villains include Vader’s own grandson, Ben Solo aka Kylo Ren (Adam Driver), his mysterious master Snoke (Andy Serkis), and supporting baddies such as General Grievous (voiced by Matthew Wood), Grand Moff Tarkin (Peter Cushing), and General Hux (Domhnall Gleeson). Add in the other films and animated series, and the list gets even longer. Clearly, the galaxy is filled with fascinating evil-doers.

But in the cinematic landscape overall, few movie villains can compete with Darth Vader. Everything about the character, from his James Earl Jones voice to his connection to Luke Skywalker (Mark Hamill), is so hugely impactful on pop culture. Yet, the American Film Institute (AFI) in 2003 ranked him as the third-greatest movie villain. Vader was the only Star Wars character on the list, one of many AFI did between 1998 and 2008.

Although Darth Vader — listed here for his appearance in The Empire Strikes Back — beat the villains from The Wizard of Oz, One Flew Over the Cuckoo’s Nest, and It’s a Wonderful Life, a pair of horror icons defeated him. Anthony Perkins’ iconic Norman Bates from Psycho landed in the runner-up slot. Meanwhile, Anthony Hopkins’ Oscar-winning performance as Hannibal Lecter in The Silence of the Lambs took the top spot.

Hayden Christensen will reprise the role on ‘Obi-Wan Kenobi’

Of course, Christensen reprises Vader on the upcoming Obi-Wan Kenobi show on Disney+. The actor last appeared in the suit — albeit briefly — at the end of 2005’s Revenge of the Sith. This series will mark his first on-screen reunion with Ewan McGregor since that film’s release during the prequel trilogy.

Seeing how Vader has endured, it will be interesting to see how this new project adds to his story. Set between the prequels and the original trilogy, Obi-Wan Kenobi could add new dimension to the character. Regardless, his place among cinematic icons — villain or otherwise — is firmly secure, as the AFI acknowledged.