The fate of Marvel’s Man Without Fear was up in the air for a while there… but now it’s official: Daredevil is coming back for season 3.

Here’s all the essential info for our next trip to Hell’s Kitchen. (We’re still waiting on confirmation of a Stilt-Man guest stint.)

Daredevil season 2 finale and The Defenders: Where did we leave things?

Here’s what went down in season two’s closer, ‘A Cold Day in Hell’s Kitchen’ – broken down into bitesize nuggets: 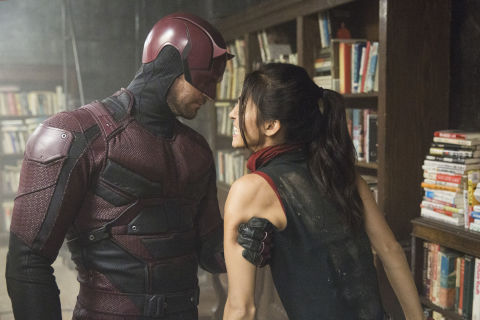 DD returned in team-up series The Defenders, throughout the course of which Elektra was resurrected as The Hand’s formidable tool, then (seemingly) killed off again.

Matt, like Elektra was buried under the collapsed Midland Circle building. He was presumed dead by Foggy and Karen, but somehow survived and is next seen recovering, a nun at his side. 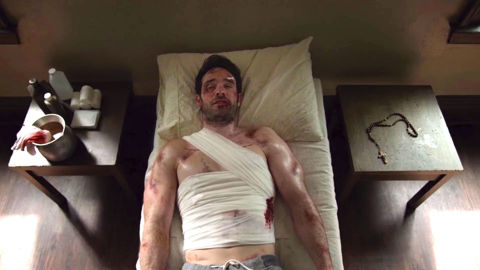 The Defenders‘ final scenes appeared to confirm that Matt Murdock’s next adventure will be inspired by the acclaimed Born Again comic book arc, which was published back in 1986.

Maggie is the name of Matt’s long-lost mother, and in the Born Again comics arc, she became a nun and nurses Matt back to health after he comes close to death. In January 2018, it was confirmed that Wolf Hall actress Joanne Whalley would be playing the role of Maggie on Daredevil. 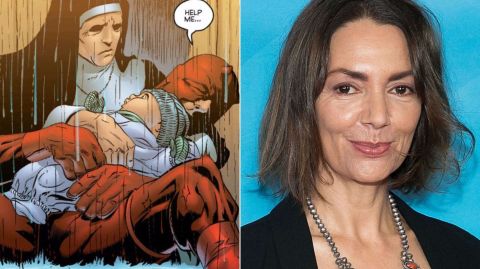 Wilson Fisk also features heavily in the arc, even discovering Daredevil’s true identity – a twist foreshadowed in Daredevil‘s second season, as a jailed Fisk re-examined the cut that an earlier clash with Murdock had left on his lip, seemingly remembered the same damage being inflicted upon him by Daredevil when he was arrested.

More spoilerific details on the original Born Again – and how it might lead to a Jessica Jones crossover – can be found here. 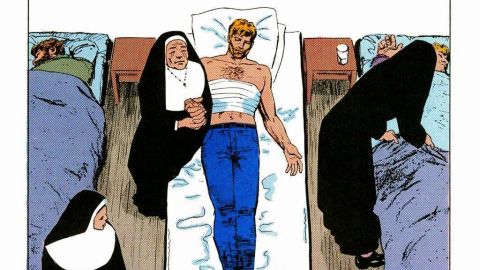 Charlie Cox later confirmed that he’ll be back shooting Daredevil in late 2017, with a fan photo in November suggesting that filming had indeed started in New York on season three.

But with Jessica Jones unleashing her second outing in March 2018 and Luke Cage following suit in June, the soonest we should expect new Daredevil would be late 2018. 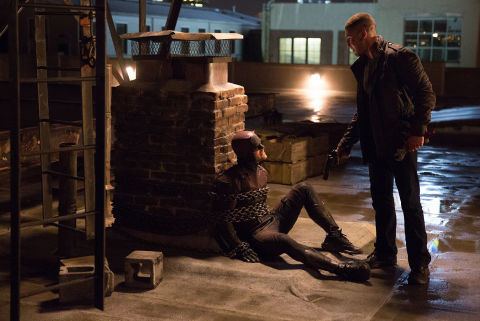 Daredevil season 3 trailer: Is there a first look?

The announcement of a third season came with this first-look teaser. It gives away precious little, other than that Daredevil is still patrolling the streets of Hell’s Kitchen… and his mood hasn’t mellowed much.

A later teaser tackled the big Defenders cliffhanger with a flyer for Matt Murdock’s funeral giving way to a caption that read: “I’m fine.”

It’s unclear if Elodie Yung’s Elektra will survive another near-death experience, but Vincent D’Onofrio’s crime boss Wilson Fisk has been confirmed to be coming back. 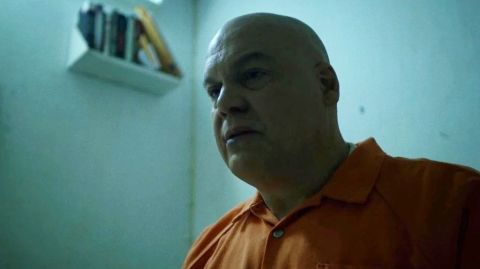 Talking of Kingpin, it’s also been revealed that Hart of Dixie star Wilson Bethel is joining the cast in a ‘critical’ role as an FBI agent who is heavily involved in the clash between Daredevil and Kingpin.

Another new cast addition is The Fosters‘ Jay Ali, who’ll play Rahul ‘Ray’ Nadeem, described by Marvel as an “honest but ambitious” FBI agent who will do whatever it takes for his family. 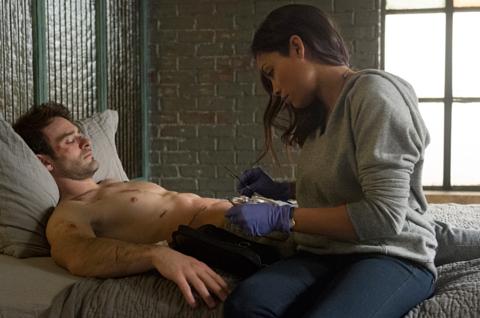 One more potential returnee is Rosario Dawson’s helper of heroes Claire Temple, who’s swiftly becoming the Netflix answer to Samuel L Jackson’s Nick Fury. She’ll next be seen in season two of Luke Cage, but a reunion with Matt Murdock could also be on the cards.

The fate of Frank Castle is less certain – with Jon Bernthal’s vigilante having used Daredevil as a launchpad for his own Netflix series, it’s unclear if he’ll also return to the mothership in 2018. 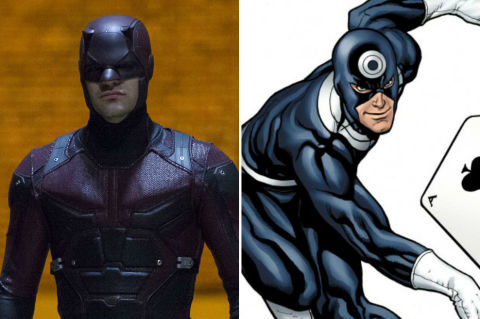 Having tackled The Kingpin and The Punisher, surely DD’s perennial nemesis Bullseye is next on the list for showrunners Doug Petrie and Marco Ramirez?

First introduced to comics in 1976, Bullseye is a hitman with uncanny aim and is arguably Matt Murdock’s most persistent and formidable foe.

Way back in April 2015, shortly after the launch of Daredevil‘s first season, Charlie Cox told Digital Spy: “At some point, I presume we’ve got to have Bullseye – I feel like he has to make an appearance.”

Cox reiterated his desire to face off with Bullseye a year later, saying: “I can’t imagine doing a run of Daredevil where Bullseye doesn’t show up at some point.

“I just think there’s such an interesting, rich character there, and also – of course – the history that Bullseye has with Karen Page is an interesting dynamic.”

Will Charlie’s wish be granted? Time will tell…

SPOILER ALERT!!! In the original comics, it was Bullseye – rather than Nobu – who executed Elektra, while he also later murdered Matt’s beloved Karen. The massive dick. 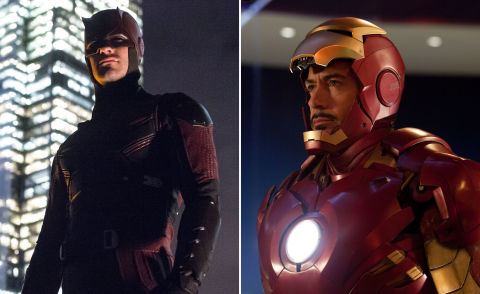 But earlier this year, Marvel producer Nate Moore stated that it was absolutely possible for Daredevil to make the leap. “We love that idea,” he enthused.

Perhaps unsurprisingly, Charlie Cox is also on board – and in April 2016, the actor confirmed that his contract does include a clause for Marvel’s films.

“When I signed the contract for the show, I signed multiple years for Daredevil and, of course, The Defenders – and in that package there was the opportunity to be involved in the movies,” he revealed.

“It would be great if that was to happen – it’d be wonderful. Who wouldn’t want to be in the biggest grossing movie of all time?”

Who indeed? And wouldn’t it be fantastic to see DD redeem himself at the box office after 2003’s Ben Affleck debacle…