The former EastEnders actress appeared on today's Good Morning Britain to discuss her battle with osteoporosis, and admitted doctors plan to fix her face using a piece of her rib. 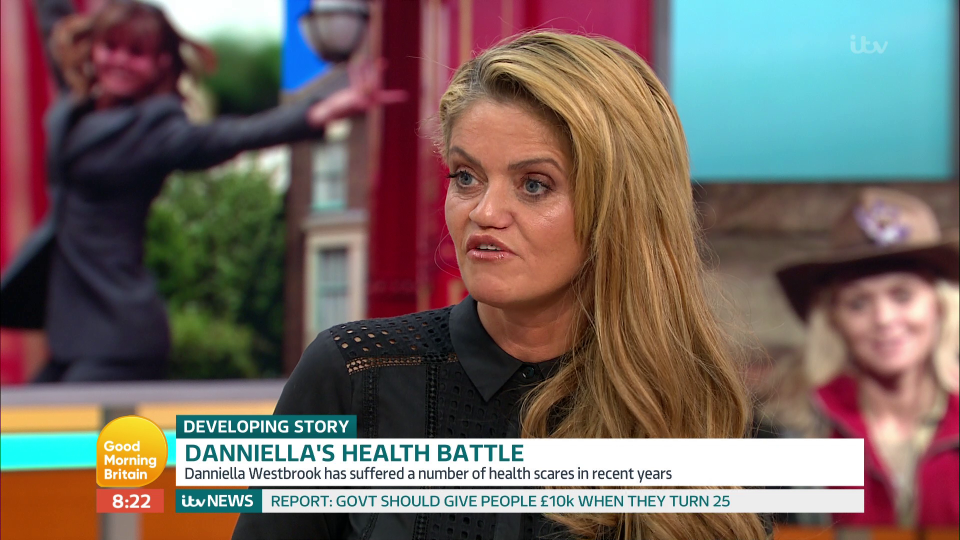 After recent arrests and claims she is "homeless", Danniella had lots to get off her chest.

She told Piers Morgan and Susanna Reid: "Sometimes I get up and think 'I just can't do this any more', not in a suicidal way.

"It's such hard work, most people don't take all this rubbish in a year, a lifetime."

Danniella opened up about her battle with osteoporosis, and how it has left her with barely any bone in one of her cheeks. 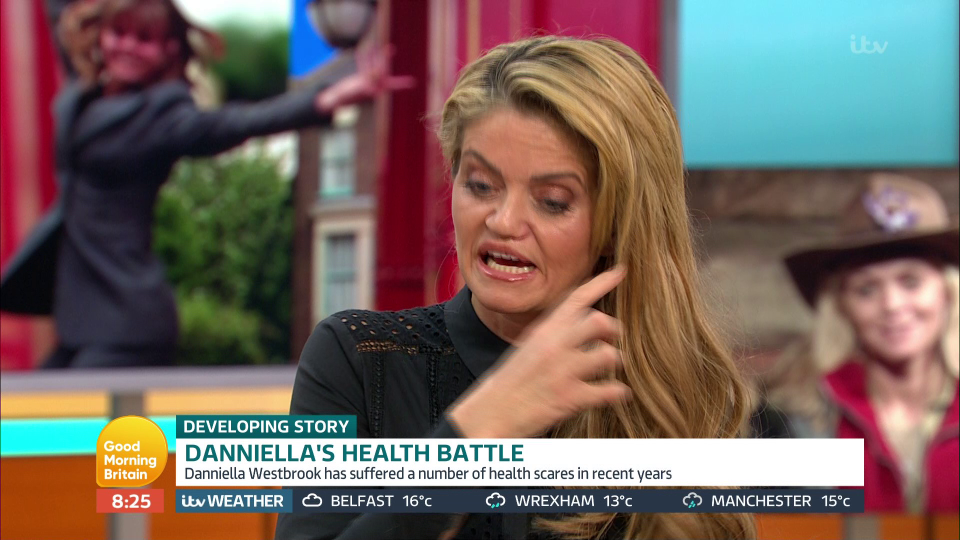 Explaining the problem wasn't because of her infamous former drug addiction, she said: "Osteoporosis was led to by bad dental work."

When Susanna asked if there was any link to her past drug use, Danniella replied: "When I was doing excessive amounts of drugs and lost my nose I would have got it then, not after being 13 years clean.

"I wouldn't have just got it in the last three years."

Discussing her botched dental work, she added: "The screws, which they have left in, the bone didn't close around them when I had implants, which led to blood getting into the bone so it just died. 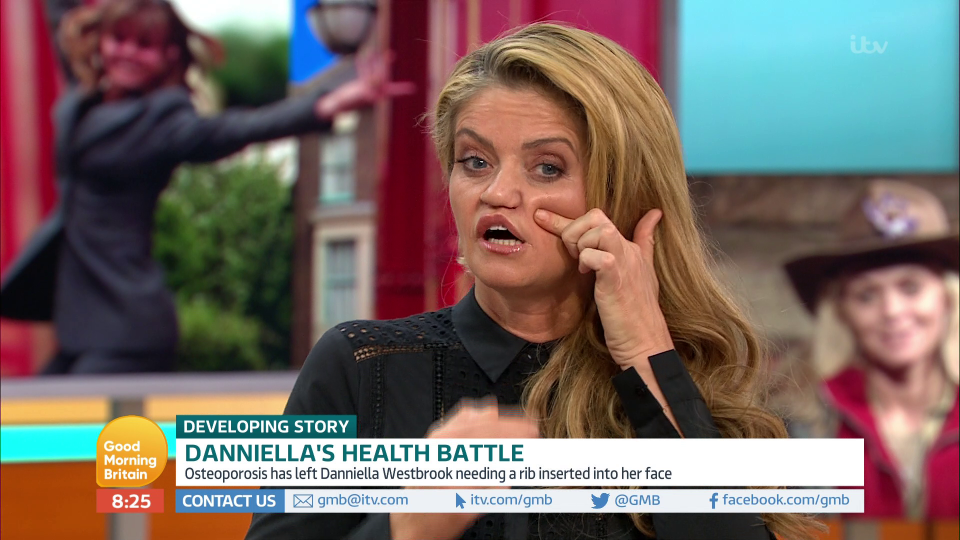 "That gave me the septicaemia which gave me the bone disease and started rotting away and it's all down to that.

"They were going to have to take some of my skull but they're going to use a floating rib."

Prodding her left cheek, she revealed: "I have no cheek bone here at all where it's just gone from osteoporosis, nothing to do with cocaine at all.

"If it was I would openly say that it was, like I did before with my nose."

The star also discussed where she is at in her life after hitting the headlines on a number of occasions recently. 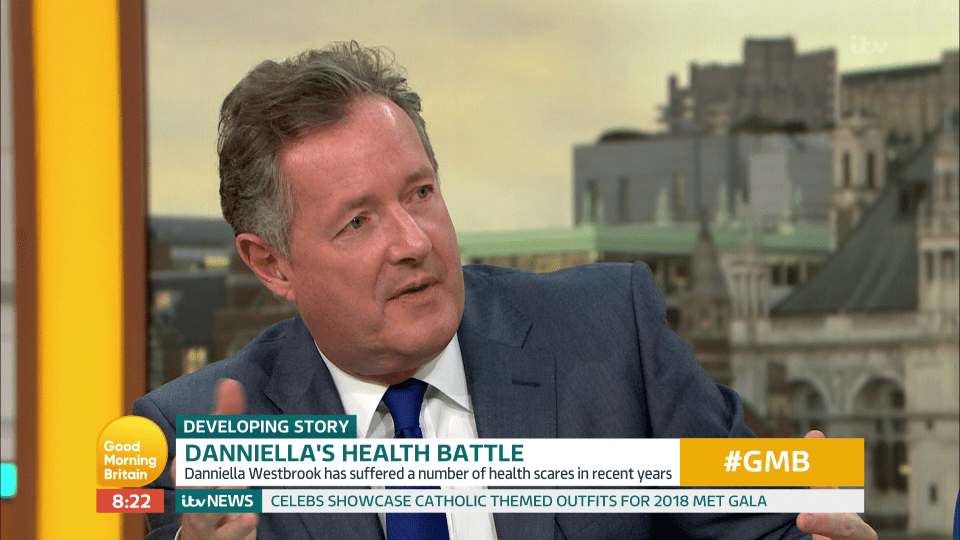 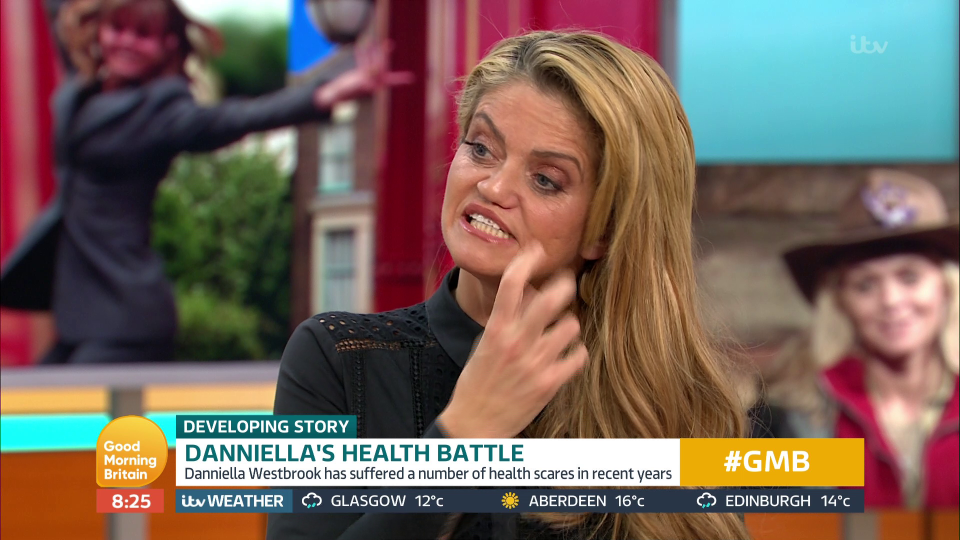 "I do a lot of stuff that people don't see.

"I am working, I do a lot on the other side of the camera that people don't see. My life is very much together.