Dani, 21, showed off her toned figure in a bright pink bikini as she topped up her tan by the pool. 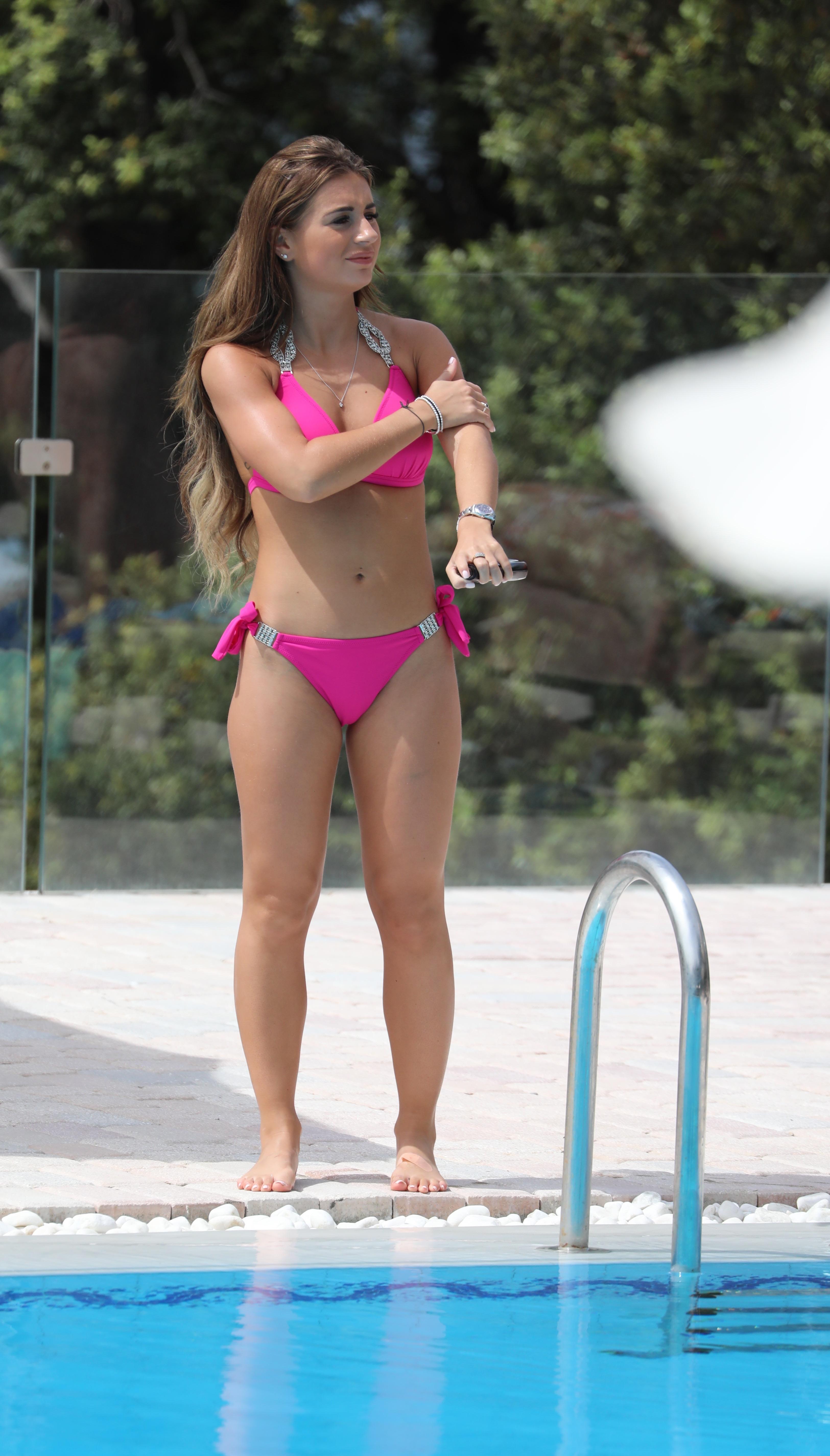 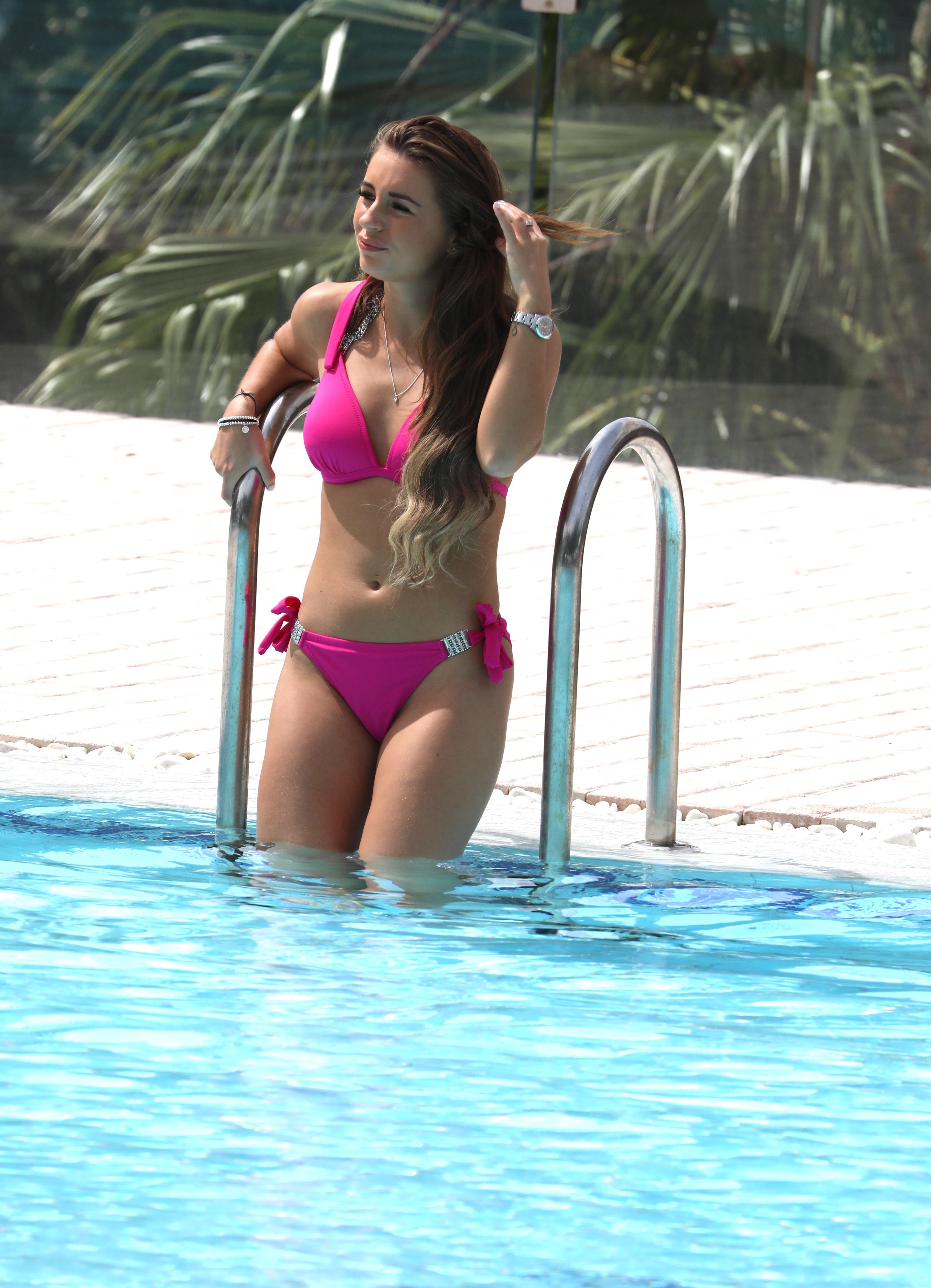 The barmaid applied oil to her arms before stepping into the pool to cool off.

Dani – who was forced to quit Survival of the Fittest earlier this year after dislocating her shoulder in the first challenge – wore her long dark hair loose in waves.

She says she's looking for someone "who doesn't know who her dad is" on the show. 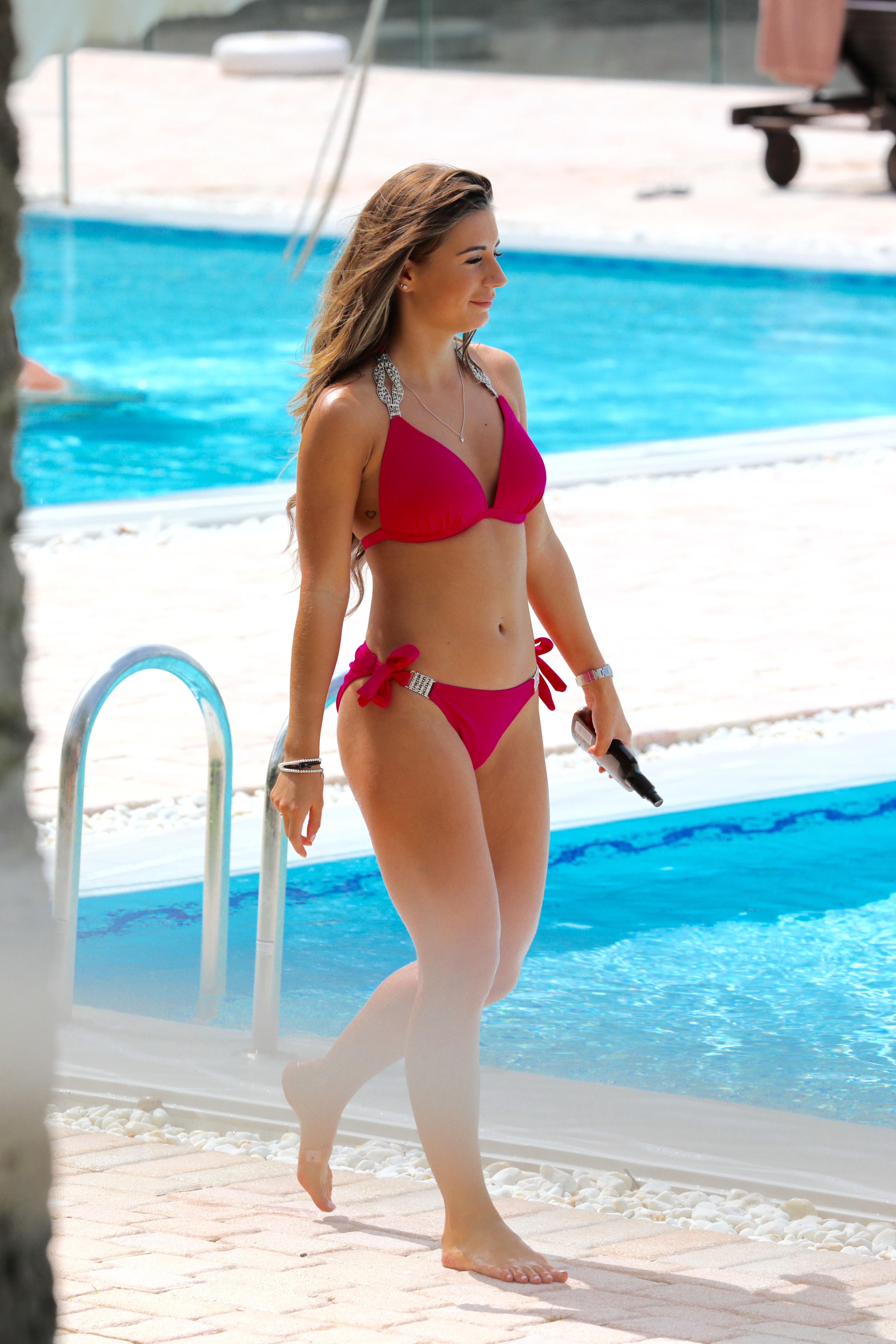 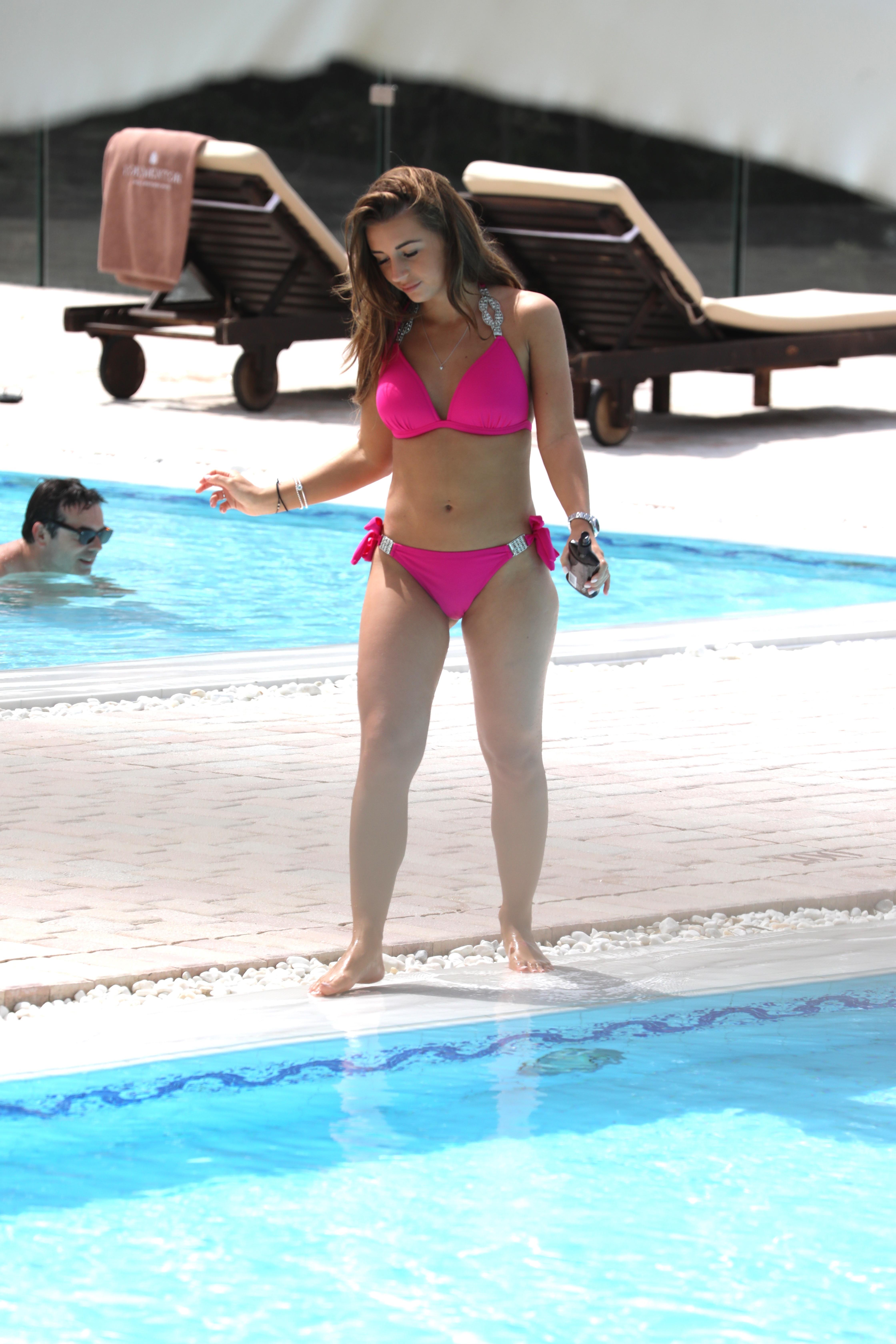 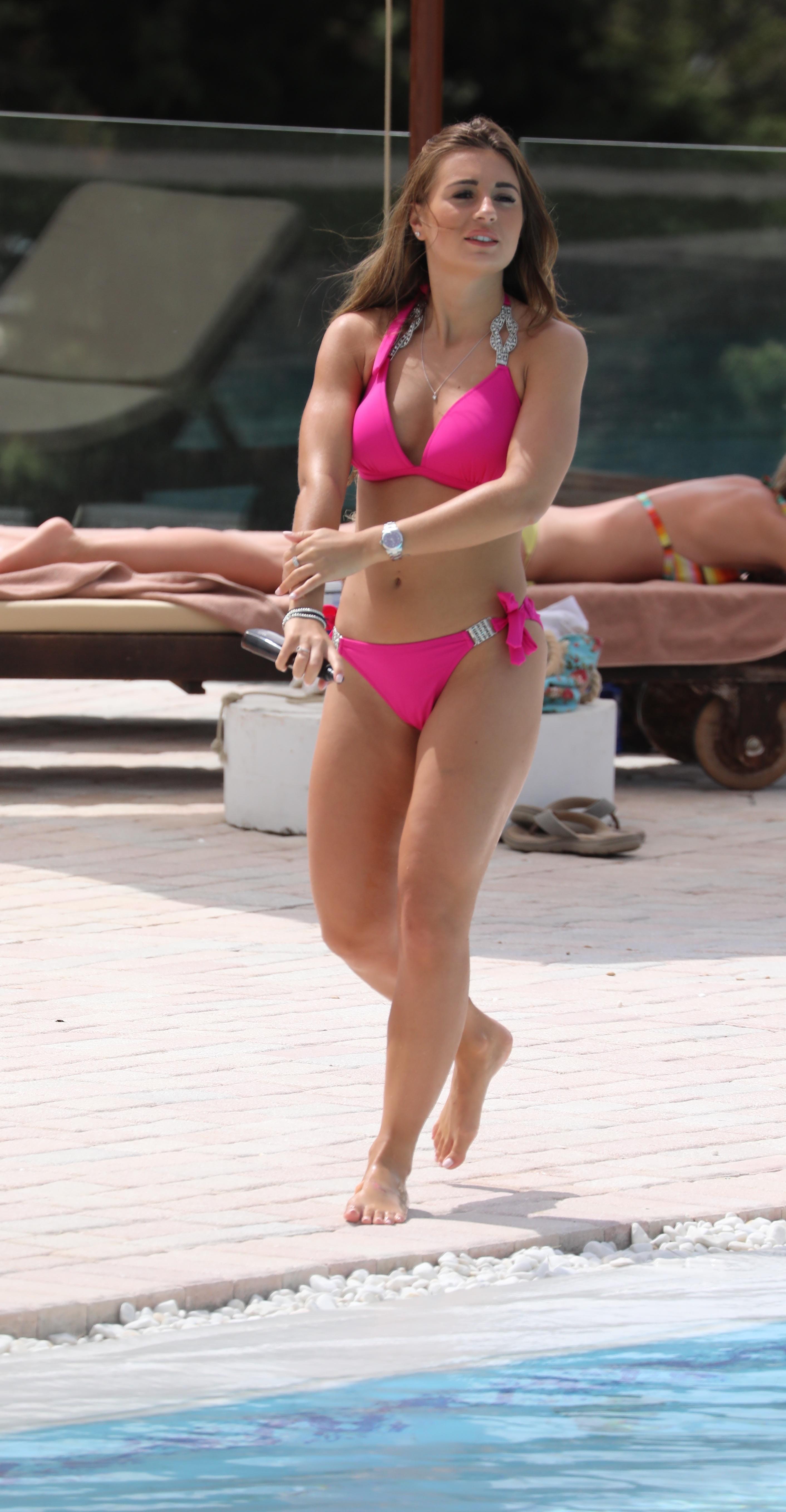 But she's already been mocked by fans for acting like the next Marcel Somerville.

In her official interview before being announced as part of this year’s super sexy line up, Dani made sure she mentioned her famous dad's name a fair few times.

Her comments reminded fans about last year's star Marcel Somerville, who famously told everyone he didn’t want anyone to know he was once part of Blazin’ Squad – but ended up mentioning it at every given opportunity.

When asked about the worst date she’d even been on, Dani explained: “It was when a boy told the waitress who my dad was! “We were sitting there and then he tapped the waitress on the shoulder and said ‘do you know who her dad is?’

"He told the waitress again when we walked out.”

Dani has also promised her dad she won't kiss anyone in the villa.