Audiences at CinemaCon have been given their first look at Luca Guadagnino’s Suspiria reboot, and we’re not sure we’ve ever been so intrigued, and so disturbed, by a film’s initial reaction.

Call Me by Your Name, this really ain’t.

Guadagnino’s remake of the 1977 film of the same name stars Tilda Swinton, Fifty Shades‘ Dakota Johnson, Chloë Grace Moretz and Mia Goth, but don’t be fooled by such a cast.

After seeing a clip from the upcoming horror, audiences have taken to social media to try to explain just how “f**ked up” Suspiria is. And we think they succeeded. 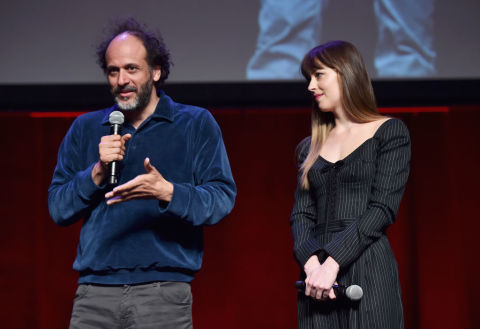 “People at my table turned away from the screen. All I can say is it’s beyond extreme and gross and I need to see more,” one reporter wrote.

Another called the clip “some of the most disturbing body horror” they’d ever seen, while one admitted they were just downright “traumatised”.

Check out some of the extremely impassioned first reactions to Suspiria below. We suddenly get why Dakota Johnson needed therapy now.

Apparently just as disturbing as the film itself was the experience of shooting it, as Dakota Johnson admitted that she had to have therapy because it ‘f**ked her up’.

“We were in an abandoned hotel on top of a mountain. It had 30 telephone poles on the roof, so there was electricity pulsating through the building, and everyone was shocking each other. 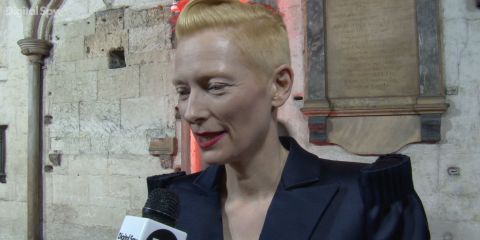 Related ArticleTilda Swinton’s Suspiria is not a remake

“It was cold as shit, and so dry. The only thing that helped was dousing myself with oil every night. Now I can’t get enough!”

Suspiria is expected to hit cinemas in autumn this year.

First step on Boris’s roadmap out of lockdown revealed: All schools WILL reopen on March 8, with outdoor gatherings widened three weeks later… but agony…