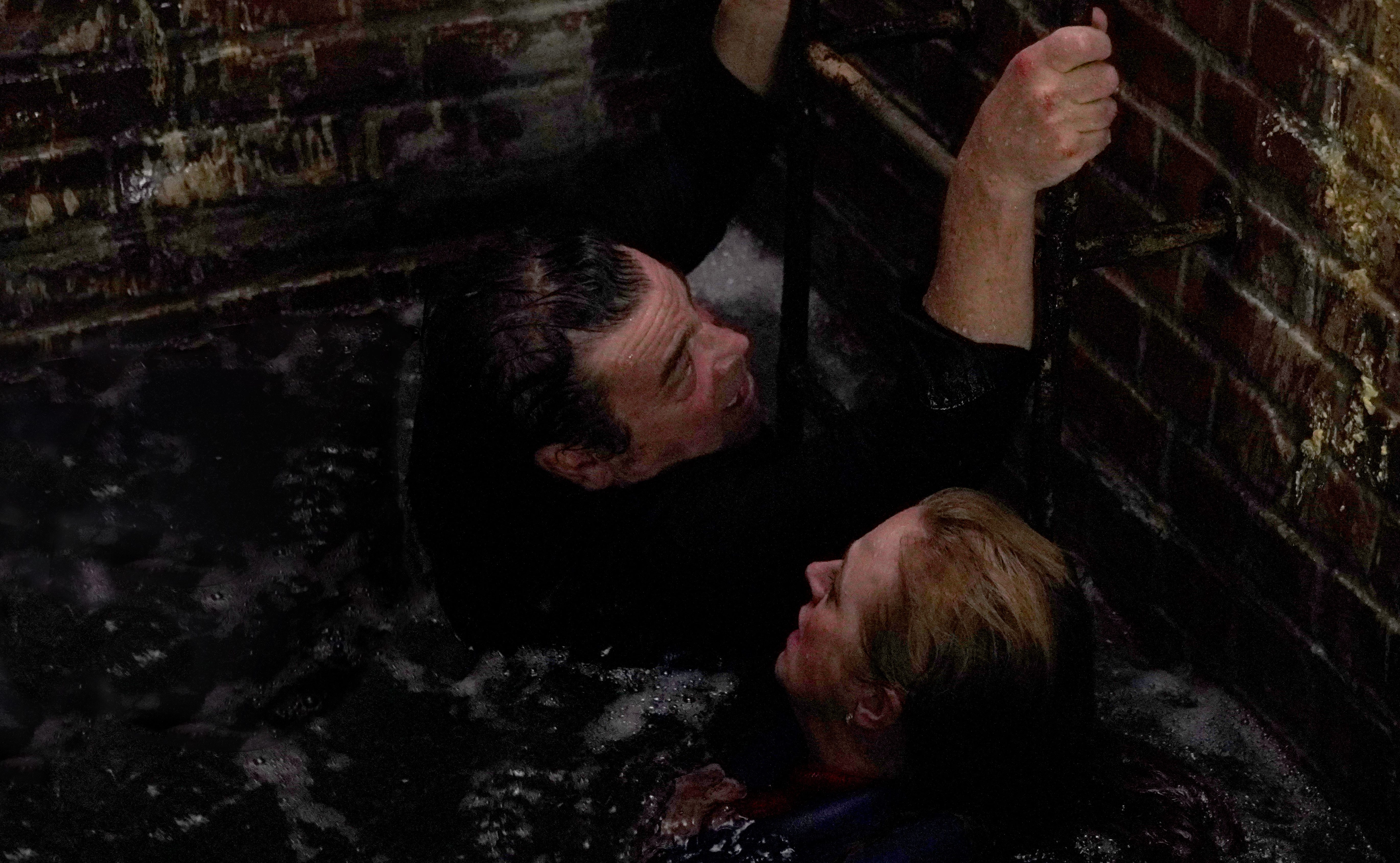 Jenny and Johnny Connor (Richard Hawley) have been through a lot together in Coronation Street – but nothing quite like this before.

As Jenny falls through a sinkhole, it’s Johnny who comes to the rescue and Sally Ann Matthews has confirmed that there could well be a future for them.

Before this, they had an amicable split and became friends – but it seems Johnny hasn’t quite moved on.

Sally Ann told Metro.co.uk: ‘Jenny has always had a daddy complex issue. The married dentist whose name I forget was older, Kevin was older, Johnny – all older men in her life which I reconcile with her having an absent father.

‘She has been burned with the situation with Ronnie, and ultimately she does love Johnny. Finding another partner wasn’t on her radar. He tells her to move on, life her life – if life hadn’t got in the way, they would still be together.

‘They have realised they can be a bit toxic together – even though they love each other but who knows? Could they make each other happy? They’re very adult and friends right now and she feels that Johnny will always be a big part of her life.

‘Because they do love each other, there is no animosity there and they have supported each other. She wants to encourage him to find a new path in life and wants to help him feel homely. They’re together just not in a romantic sense.’

But with Jenny embarking on a romance with younger man Leo, Johnny decides that he needs to make a clean break – but does Jenny realise that this might be connected to his unresolved feelings?

Sally Ann replied: ‘She’s on date night, is Jenny, with Leo. She checks out her rival, Devbie Webster’s house of horrors. Johnny happens to be there in the beer tent and they chat about him moving away.

‘She thought everything was good between them and she hates for him to feel edged out. She’s spruced up with a new hippy and trendier look – I don’t think she has pulled it off. It’s absolutely tipping it down. Leo has been quoted to fix the sinkhole, David asks him to have a look.

‘He shoots off, next minute David says to evacuate the area. Jenny runs to find Leo and it’s torrential rain. She is worried about what he is facing – she can’t find him. She is stood there in the pissing rain and all of a sudden the ground opens up and BAM!’

As Jenny struggles in the elements, an unlikely hero comes to the rescue – just give Johnny a cape!

Jenny filled us in: ‘She’s terrified, injured and cold. She has this overwhelming sense that someone must come and rescue me. She knows that Leo is on the case so is confident initially that she will be found.

‘When Johnny arrives, she’s like what the bloody hell are you doing here. It forces them to discuss how they feel.

‘When you’re in a situation like that, you have to pull together. You have to help each other and keep each other’s spirits up. One will flag a bit, the other bolsters them up. Within those conversations, maybe things are said and feelings are exposed. Poor old Leo, plenty more fish in the sinkhole.’