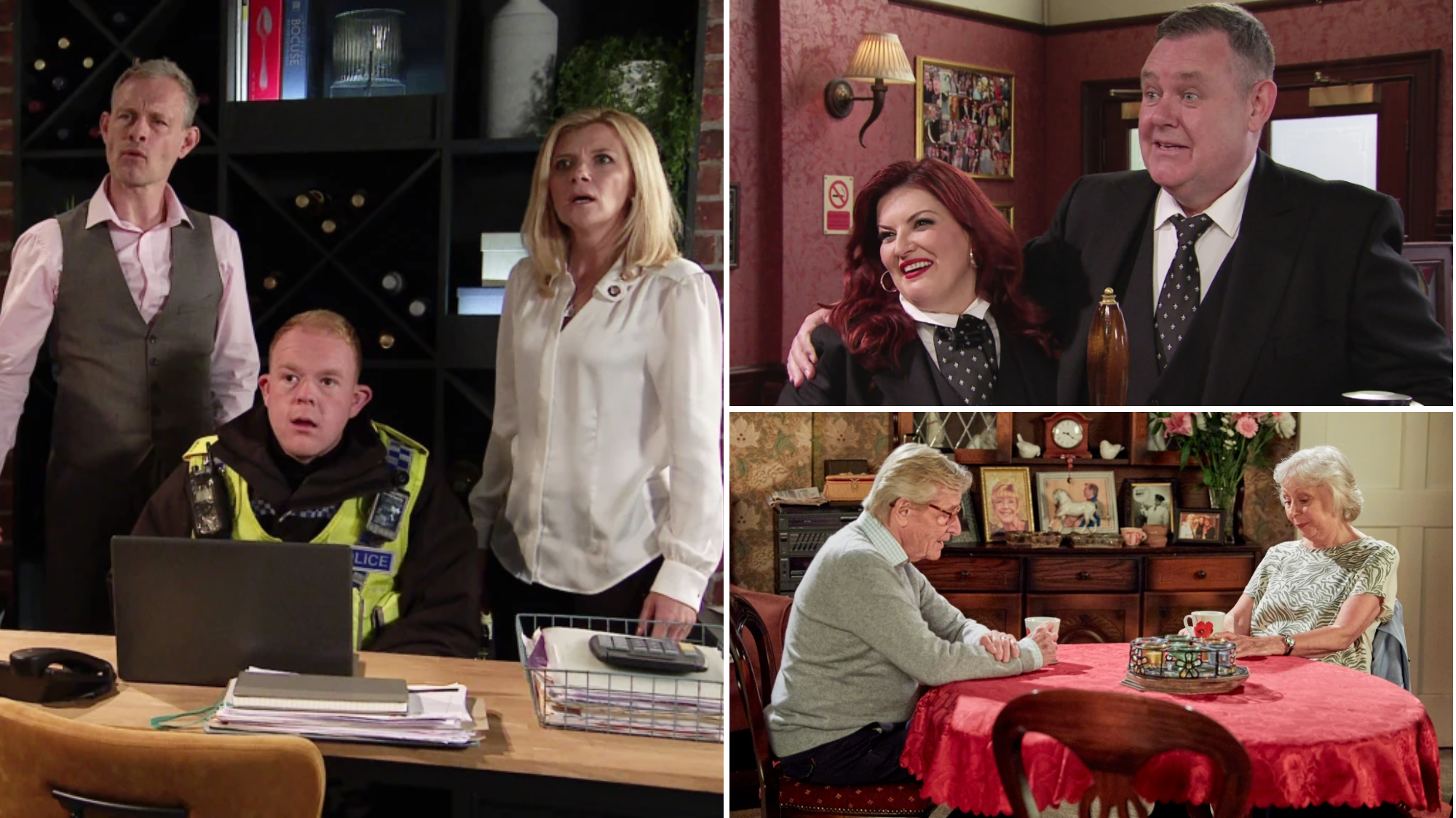 Debbie Webster (Sue Devaney) instructs Ryan Connor (Ryan Prescott) to stage a break-in at the bistro in Coronation Street next week, so she can make a claim on the insurance.

Ryan fuses the electrics, and later assures Debbie that the cash is stashed in his bedroom. Later, Leanne is horrified to discover all the money gone.  Debbie orders Ryan to call the police.

Leanne, Nick, Debbie and Ronnie later watch the footage back, and they discover that Ryan is the perpetrator. Ryan is arrested on suspicion of theft!

Glenda Shuttleworth (Jodie Prenger) arrives on the street, and clocking George (Tony Maudsley) asleep in the back of the funeral car, she quickly takes charge of the proceedings. As Glenda and Todd Grimshaw (Gareth Pierce) celebrate how well the funeral went, George arrives.  He’s thrilled to see his sister and introduces Glenda to Eileen (Sue Cleaver).

It’s all kicking off on the cobbles next week, and here’s your first look at all the drama to come.