Coronation Street‘s Toyah Battersby realises her lies are spiralling out of control next week, as Simon Barlow accuses her of having an affair.

Toyah has made a secret deal to bring up Eva Price’s baby once she’s born, but troublesome Simon (Alex Bain) is keeping a very close eye on her.

Simon has already overheard Toyah and Eva having a private conversation over their deal, and knows they’ve been up to something behind Peter’s back.

Next week, Simon also finds a direct debit for the cottage in Lymm, where Eva has been staying for the final stages of her pregnancy. 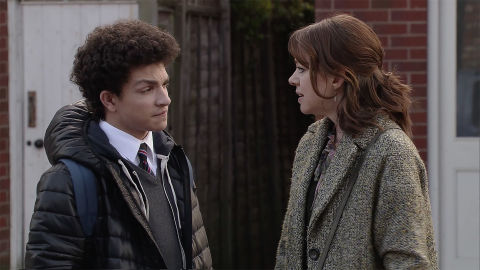 Toyah covers by telling Simon that she booked the cottage as a surprise for Peter, but the schoolboy isn’t too sure that she’s telling him the truth.

Later in the week, Simon can’t resist voicing his suspicions and tells Leanne that Toyah may be having an affair.

Listing his evidence, Simon tells Leanne all about the secret cottage and how Toyah was so nervous that she let him blackmail her. 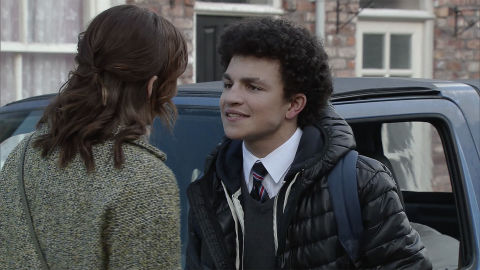 When Leanne confronts her sister, Toyah is forced to think on her feet and explains that the cottage is for a friend who is escaping an abusive relationship. But will Leanne believe it?

Georgia Taylor, who plays Toyah, revealed: “Simon finds the form for the cottage that Toyah is renting for Eva. When Eva goes into labour, there’s so much drama that momentarily Toyah almost forgets about the whole thing.

“Toyah thinks she has put it to bed, but it rears its ugly head again when Simon tells Leanne that he thinks Toyah is cheating on Peter.

“When Leanne confronts Toyah, it’s a nightmare because it’s just more lies and also another person to lie to. It’s the person she grew up with who knows her, in a lot of ways, better than anyone. That just shows how desperate Toyah is.” 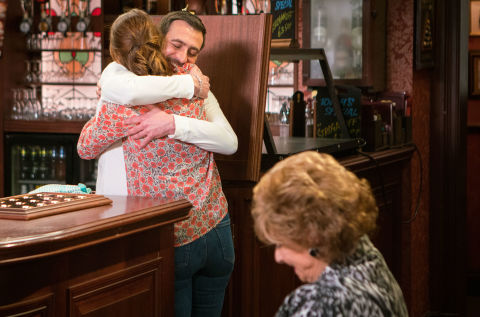 Asked whether Toyah can keep up the lies, Georgia replied: “I don’t know if she can, things do have a way of coming out. By accident, she has become a deceitful person, but she doesn’t have the traits of a naturally deceitful person.

“Toyah does have a conscience, so there is always a chance that she won’t be able to contain her guilt forever.”