Sally Webster’s prison trial was jeopardised during tonight’s (November 7) Coronation Street after her daughter Sophie chose to have a rant at a circuit judge.

Sitting down with Paula, Julian and judge Leonard in Speed Daal, Sophie found herself somewhat isolated as the ‘grown-ups’ had a rather boring conversation. In an attempt to impress, Sophie informed the judge of how she was the manager of the restaurant.

Clearly unmoved by this information, he simply pushed his empty glass towards her, expecting her to fill it. 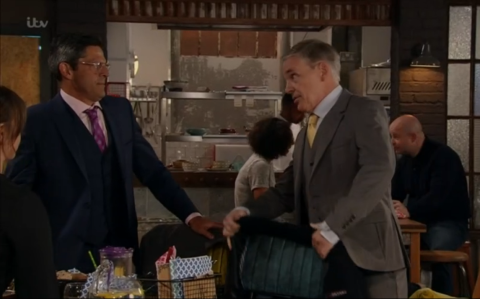 With her blood boiling, Sophie lost it completely and gave the judge a verbal dish for one.

Back in the kitchen later on, Paula pointed out to Sophie that she’d just insulted the judge who may eventually preside over her mum Sally’s case. Whoops!

Several viewers believe this could have devastating consequences.

On the other hand, many Corrie fans found Sophie’s rant to be quite heroic. We’d all like to see more of this coming from her, but maybe next time not endangering Sally’s future in the process… 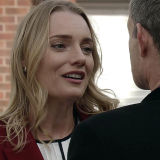 Digital Spy Soap Scoop video – hit play below for all the latest Coronation Street spoilers, as Rana and Kate get engaged and Gina is rumbled over her secret feelings for Tim.