Coronation Street airs Aidan Connor’s final scenes tonight (May 7) and the soap has released a short preview clip ahead of his exit.

Fans will be aware that Aidan (Shayne Ward) will tragically be found dead at his flat in Wednesday evening’s hour-long episode, having died by suicide.

Tonight sees him making his final visits to friends and family, including his father Johnny (Richard Hawley), who he has a gift for.

In the clip, Aidan wanders into his dad’s flat and looks at an old photograph of the pair with Aidan’s sister Kate (Faye Brookes).

Aidan then gives Johnny an envelope containing “a little something”, which turns out to be a membership to a swanky golf club.

Aidan tells a delighted Johnny “it’s the least I could do”, before making his exit when Johnny’s wife Jenny (Sally Ann Matthews) returns, leaving a visibly emotional Johnny behind. 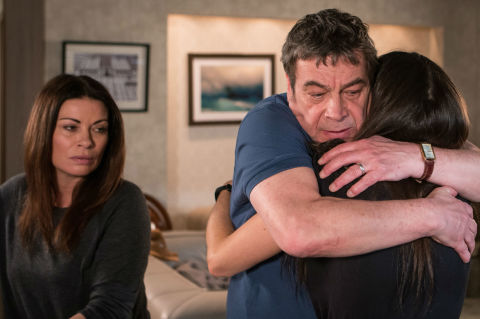 It’s the latest in a series of generous acts carried out by Aidan over the past few days, as he has also been seen giving little Liam Connor (Charlie Wrenshall) his watch and paying for young Summer Spellman (Matilda Freeman) to get a new dress for a party.

Whilst Eva thinks that Aidan’s visit to make amends means that he might want to reunite with her, in reality he is actually saying goodbye.

Aidan’s final scene will see him breaking down whilst alone in his flat.