He was seen for the first time since his arrest for a “domestic incident” at the home he shares with fiancée Louise Gibbons. 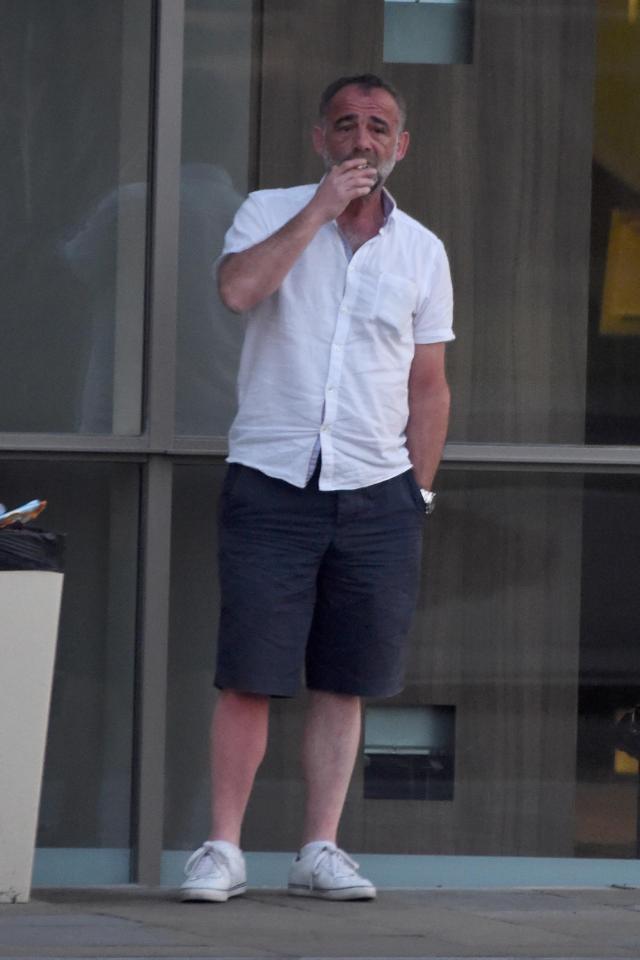 Le Vell, 53 — mechanic Kevin Webster in the ITV soap — has been staying at the £70-a-night Holiday Inn.

He popped out into the in the Bank holiday sunshine to have a smoke.

The night before he was seen drinking pints of beer at a bar alone.

Le Vell had spent Thursday night in a police station on suspicion of assault but was released without charge. 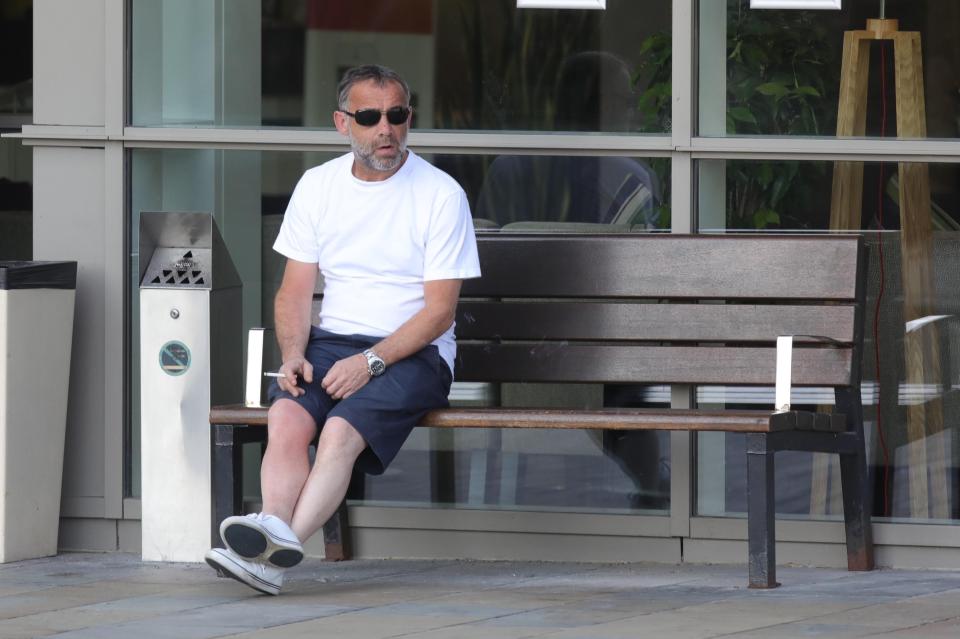 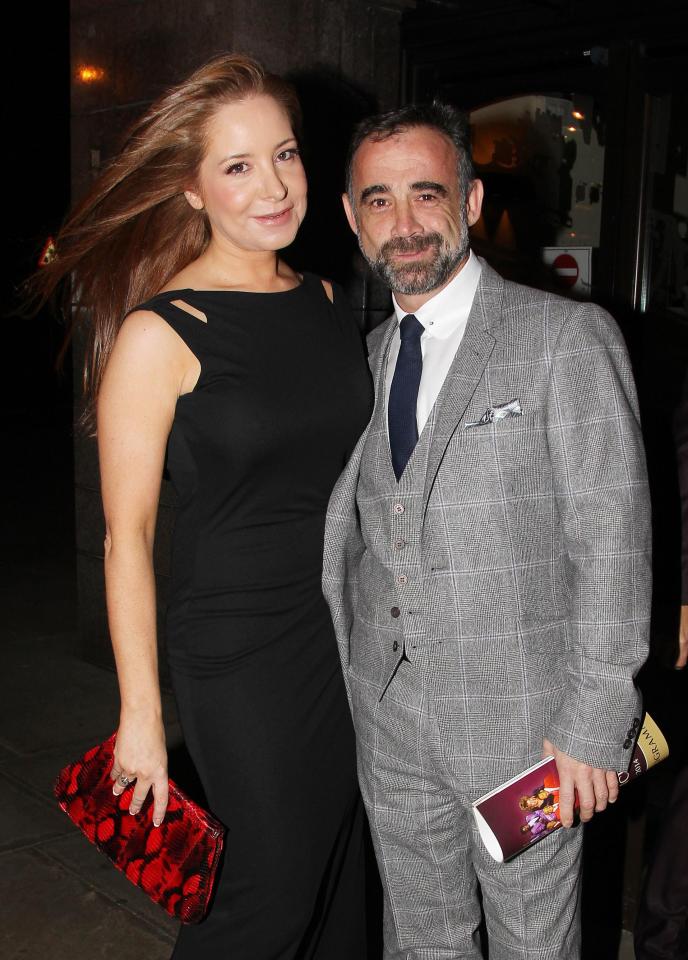 A source said: “It’s been a turbulent few days and Le Vell just wants to get back on his feet.

“Everyone’s really worried about him. It’s sad to see him on a beautiful day looking so sad.

“Things haven’t been great with Louise but it’s not the first rocky road they’ve come across.”

The actor was treated in hospital after a 999 call at around 11pm from the house in Timperley, Gtr Manchester, he shares with Louise, 42. It was reported that he fell down stairs. 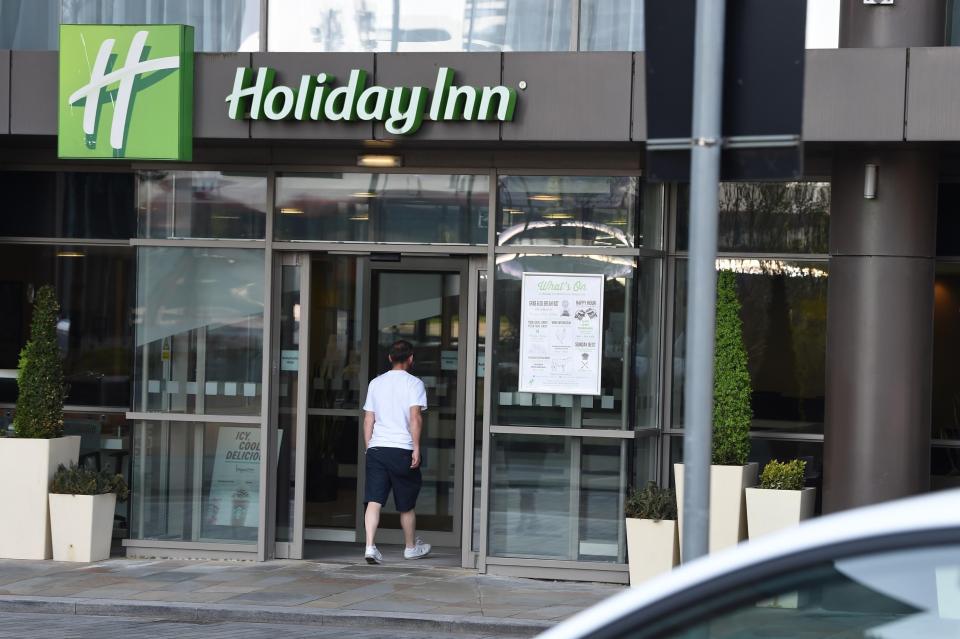 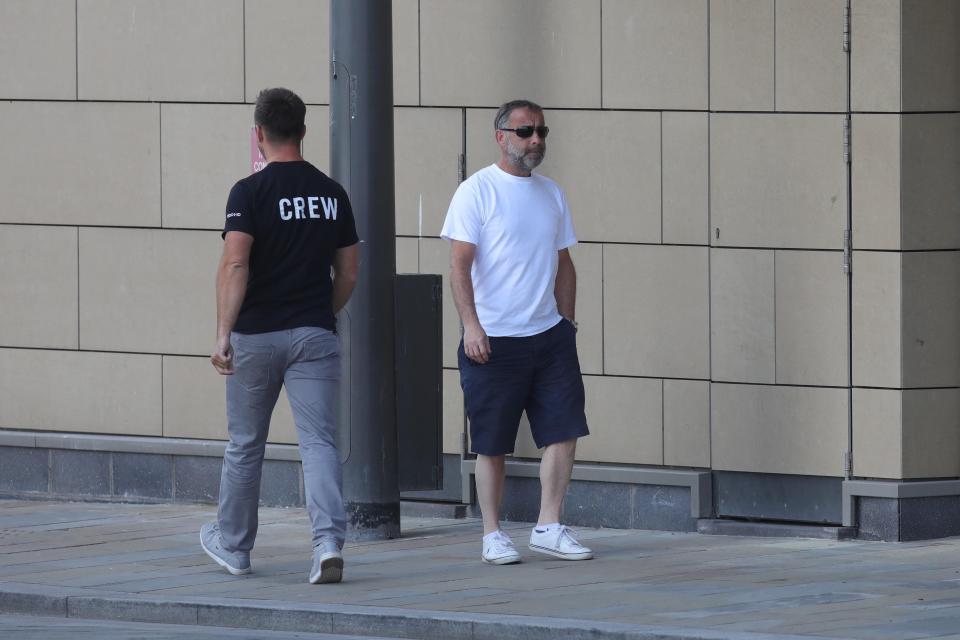 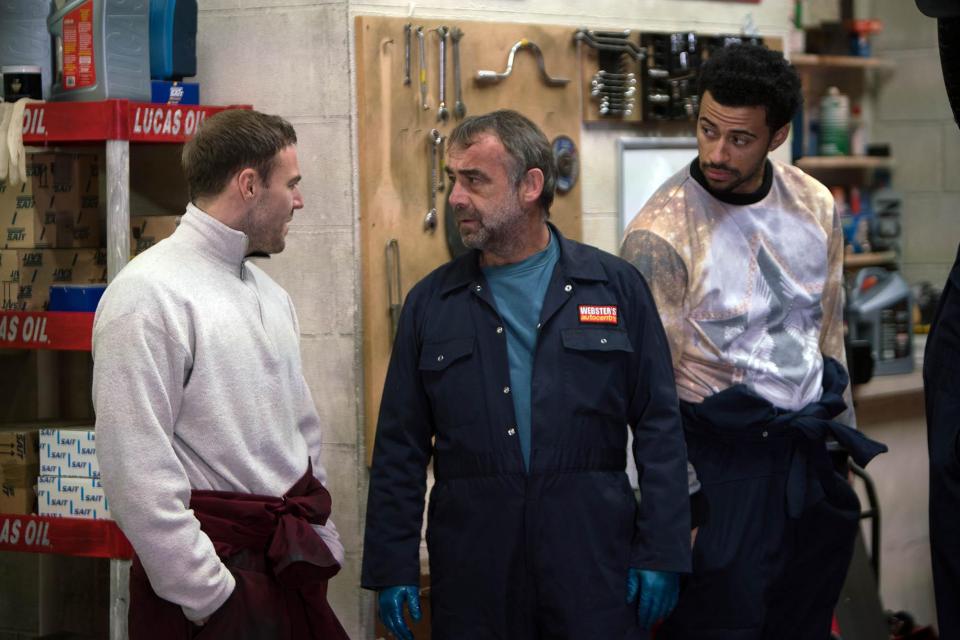 Le Vell, who joined Corrie in 1983, told show bosses it was a “silly row that got out of hand” but faces crisis talks this week.

He split with wife Janette, the mum of his two children, in 2011.

He popped the question to Louise, who he met four years ago, after he said she helped him turn his life around.

Le Vell has had a turbulent few years after battling alcoholism, bankruptcy and claims of child abuse but was later cleared.