In upcoming scenes on the ITV soap, Jan Lozinski (played by Piotr Baumann) bumps into Mary (Patti Clare) when he’s cycling and she ends up injuring her wrist.

Mary is not impressed and initially brushes off the Coronation Street newcomer’s apologies.

To make up for the incident, Jan buys an expensive bunch of flowers for Mary to say sorry.

Jan’s actions have the desired affect at first as Mary begins to warm to him.

However, the situation turns when Mary begins to develop feelings for him as a result of the gesture.

In the Rovers, Jan tries to put Mary off of him as he makes out that the love of his life was killed in Poland by a cattle truck.

But the plan doesn’t work and Mary’s drawn to him more than ever as she completely misreads the signals he is sending.

She’s so convinced it’s meant to be, Mary tells Tracy Barlow (Kate Ford) that she wants to divorce Norris Cole (Malcolm Hebden) to whom she is still married.

It looks like it will probably end in tears for poor Mary. 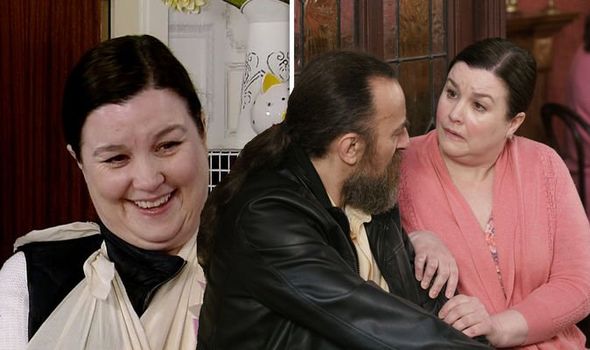 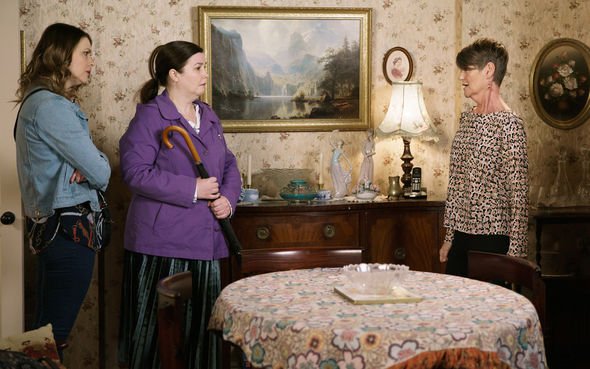 Freda brings news that Norris wants to sell the house and Mary is angry he hasn’t been in contact with her.

There also looks to be a mix-up as when Freda is left on her own she gets out an ashes urn and pops a photo of Norris alongside it.

Could it lead to death fears about Norris?

The character is very much alive however as Norris’ return has been confirmed.

The Coronation Street favourite has been absent for some time as the actor behind the role suffered a heart attack.

Fans will no doubt be thrilled to see Norris back in action in Weatherfield. 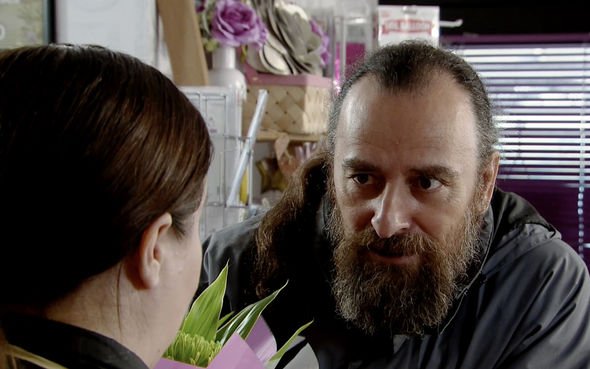 Some eagle-eyed fans were concerned as they spotted a sign on the door which read “Norris Leaving Party”.

However, producer Iain MacLeod has previously said Norris would not be leaving permanently.

It is thought that new additions the Bailey family will be moving into number three.