Coronation Street fans could see the Grimshaw family and their friends forced to pull together after Todd Grimshaw (played by Bruno Langley) is reminded of his son. Eileen Grimshaw (Sue Cleaver) was not convinced her son had good intentions when he returned to Weatherfield last year but he has been slowly reassuring her that he has put his past behind him. According to the latest spoilers for the soap, a young boy being laid to rest in the undertakers leaves Todd remembering the child he lost.

Billy Platt was the son of Sarah Platt (Tina O’Brien) and Todd – he was born three months prematurely back in May 2004 but caesarean section.

Sarah had recently split up with Todd after discovering he was gay and all the stress caused her to suffer a placental abruption which made her go into labour early.

Billy was transferred immediately to an incubator, but he died a month later.

Todd, sadly, never saw his child alive as Sarah refused to give him access, but Gail Platt (Helen Worth) gave him a picture of Billy to treasure forever.

In upcoming scenes, Todd is going to look over the undertaker’s figures and is left remembering Billy. 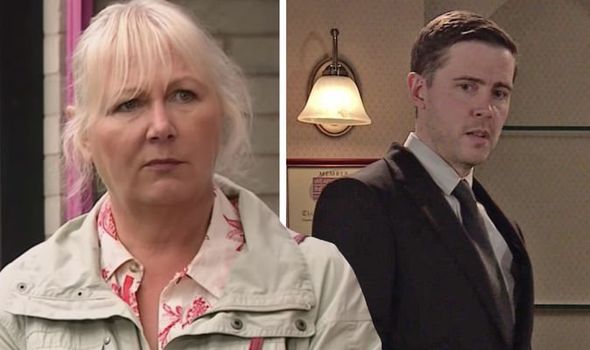 Viewers will see him take George Shuttleworth (Tony Maudsley) to one side and explain how customers are too slow in paying their bills and he needs to toughen up if he wants his business to survive.

Unfortunately, George pays no attention and later that day, Todd takes the initiative to ring the clients himself and Eileen overhears, unconvinced the way Todd is chasing the recently bereaved is a good idea.

She airs her concerns to her son, but he disagrees with her opinion and carries on contacting the next person on his list.

It isn’t long before George finds out what Todd has been doing – demanding deposits from clients before the funeral has taken place – and he resolves to refund every one of them.

Coronation Street fans will see George ring a few clients and he begrudgingly admits Todd’s business idea is a good one and wonders whether he has anymore good business ideas up his sleeve.

When Wilf calls in at the undertakers to arrange his wife’s funeral, Todd sees this as an opportunity to flog him the most expensive package which he takes. 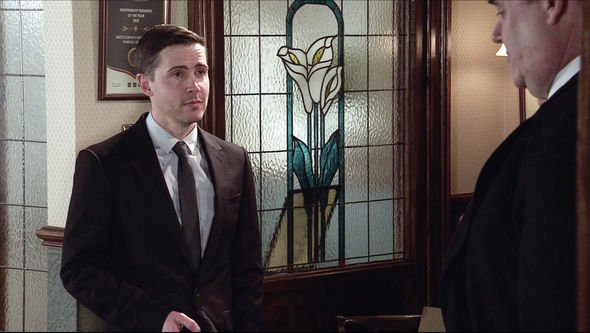 But Wilf’s son arrives a few hours later and complains to George about Todd’s ruthless approach towards his vulnerable father.

George tells Todd he will deal with him later and assures Wilf’s son he can find him a cheaper package for his Mum’s funeral.

Later that day, George has a difficult conversation with Todd and explains how he cannot have someone with such a ruthless and money orientated focus working for him.

And when Todd returns home to tell his mother, Eileen vows to have it out with him.

However, when George explains the situation -Todd was ripping off vulnerable customers – Eileen’s rage turns to embarrassment. 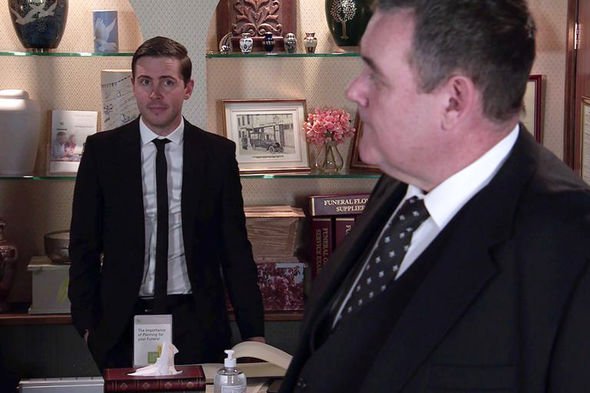 And instead, Eileen tells Todd, George has agreed he can work his week’s notice.

When Todd returns to the undertakers, George lays down the law, explaining they have the body of a young boy in the chapel of rest and he’d better show some respect.

The situation reminds Todd of his own son when Stuart, an old mate from his past, revealed the young boy in the chapel of rest is his son.

George is sympathetic and offers Todd his job back and together, they go for a pint and agree that from now on, they’re not only colleagues but friends too.

Having never experienced what it was like to be a father, will Todd want to fulfil this part of his life and be in a relationship with someone and have a child together? 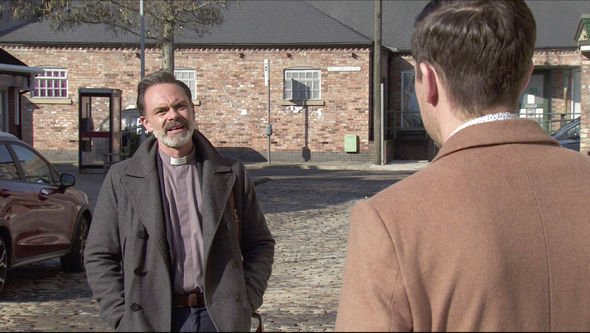 Or perhaps seeing the boy being laid to rest in the undertakers is a reminder of what Todd walked away from in his past.

Little is known about his time away from the cobbles – perhaps he was in a relationship with someone else and they adopted or had a child of their own, only for Todd to leave?

It comes after the actor who plays Todd spoke about the love triangle his character found himself in with ex Billy Mayhew (Daniel Brocklebank) and Paul Foreman (Peter Ash).

At the beginning of this month, the vicar chose Todd over Paul and Gareth said he isn’t sure the couple will “go the distance”.

“I think the exciting thing about being on Coronation Street, is that even we as actors only know maybe sort of one to two months ahead.

“I really don’t know where the journey’s going, so it’s exciting for us as well,” he said.

Addressing the fan reaction to Todd’s scheming, Gareth added: “Fans are pretty apoplectic about it as well.

“Certainly Twitter was alive with plenty of feeling that maybe Billy hadn’t made the right choice.”

Gareth described his character as “a bit broken” and “so in love with Billy”.

Coronation Street airs Monday, Wednesday and Friday at 7.30pm and 8.30pm on ITV.