CORONATION Street fans should brace themselves for gun horror as unhinged Derek Milligan rocks the cobbles’ Winter Wonderland with an armed siege that leaves the lives of two mystery residents hanging in the balance.

The mass shooting comes after Gary pushes his stooge Derek too far – but what exactly does Gary do to spark such a reaction? Here’s the lowdown from the cobbles… 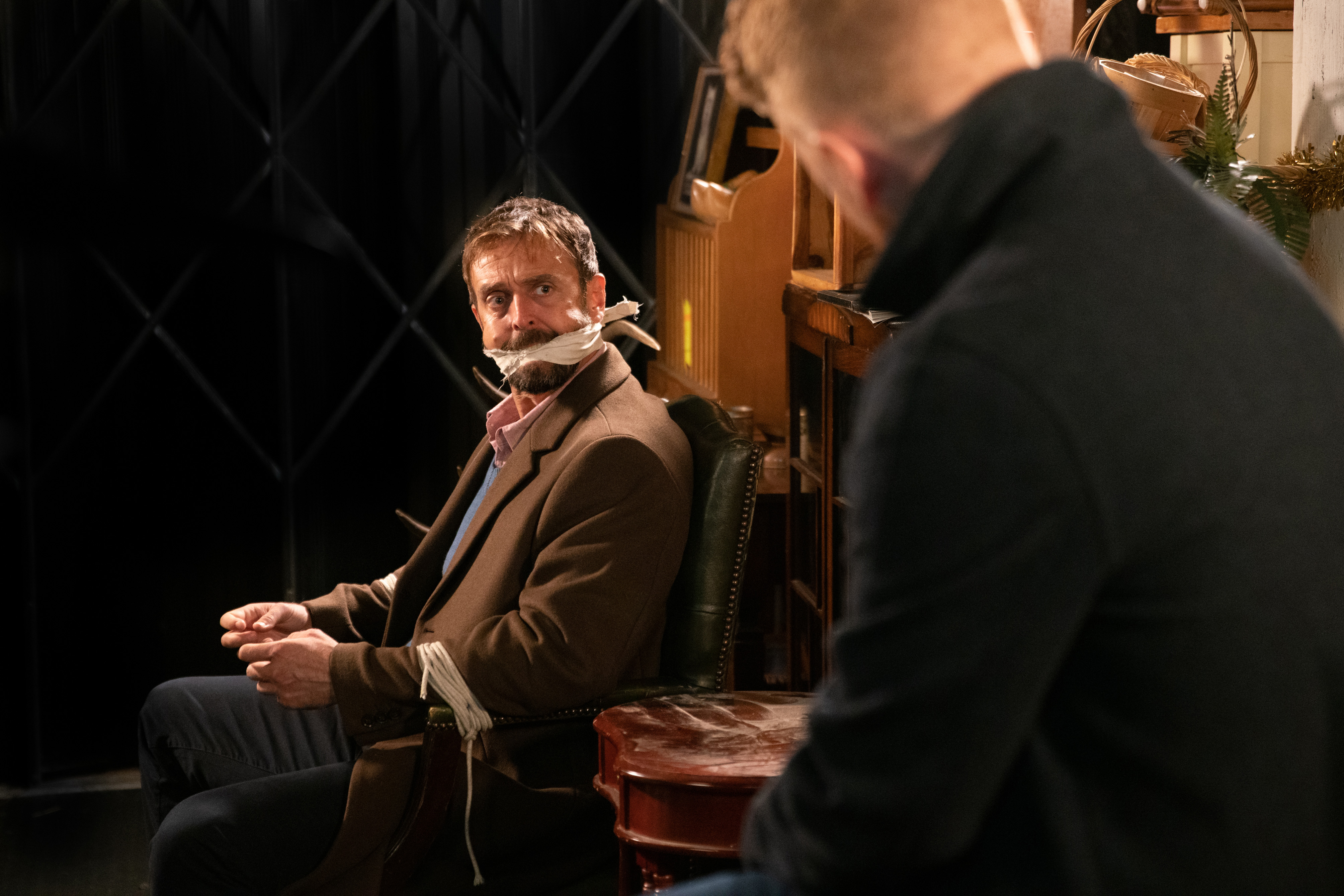 How does Gary push Derek too far in Coronation Street?

On Christmas Eve, Gary decides to teach Derek a lesson for crossing him when he sold the factory to Nick and Sarah, by kidnapping him and holding him hostage.

Gary knows that Derek is set to fly to Florida on a family holiday he’s promised his children.

But the evil builder will make sure Derek misses his trip by holding him hostage all night.

The next morning Derek is convinced that, thanks to Gary's antics, he has lost his kids forever.

Thinking he's taught Derek enough of a lesson for him to start following his rules, Gary lets the family man go. 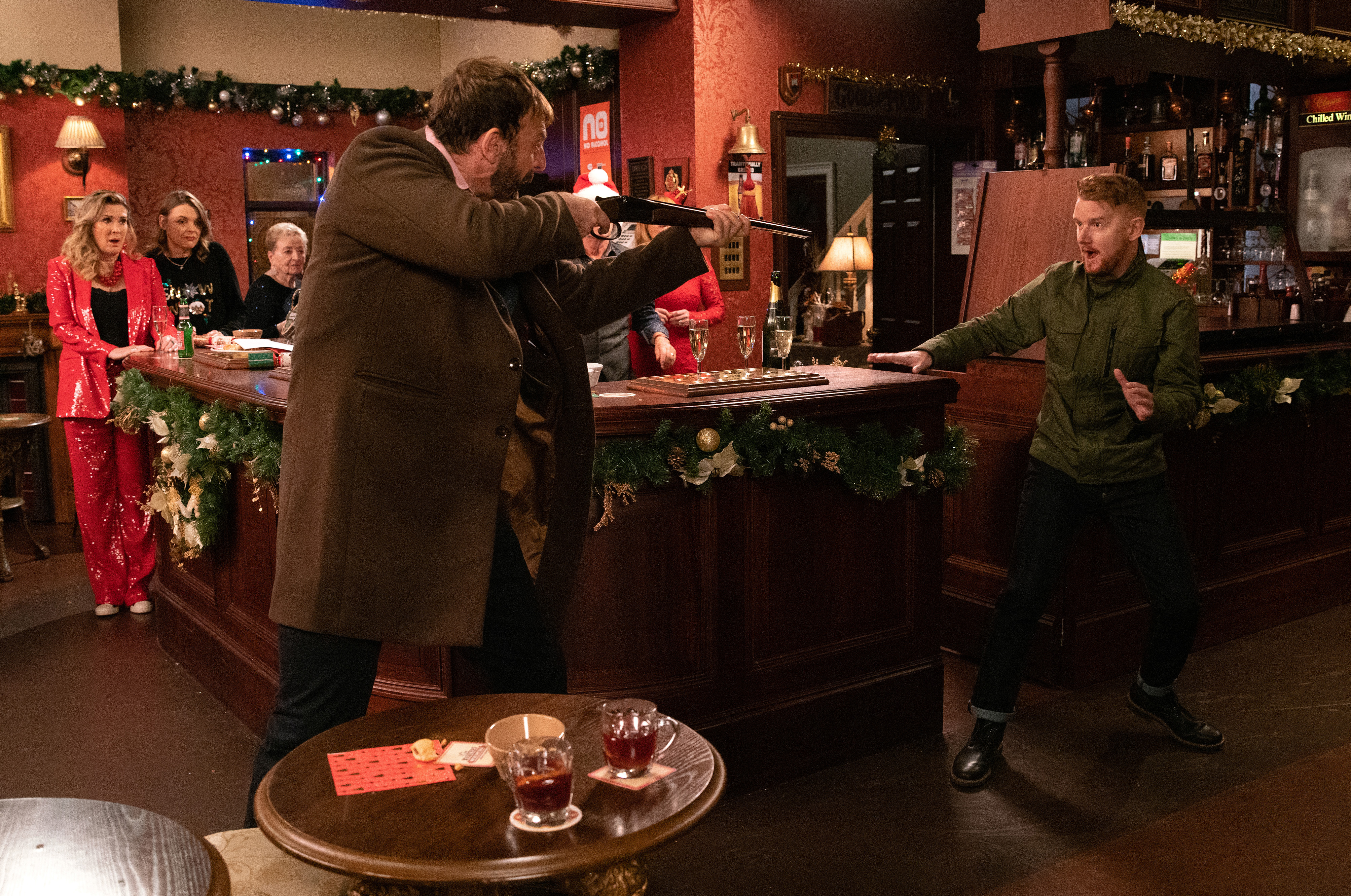 Why does Gary kidnap Derek in Coronation Street?

Corrie fans will know that evil Gary used money from loan shark Rick to rebuild the Underworld after murdering the villain.

He then used his stooge Derek as a cover, claiming he’s a rich businessman who has invested in the factory.

But Derek retaliated against Gary’s authority by selling the factory – which belongs to Gary but is under Derek's name – to Nick and Sarah.

Next week, Nick and Sarah unveil the refurbished factory to the staff ahead of the Christmas special.

When Gary rocks up at the unveiling, Nick orders him never to step foot in the factory ever again.

Gary is left seething and plotting his revenge against Derek. 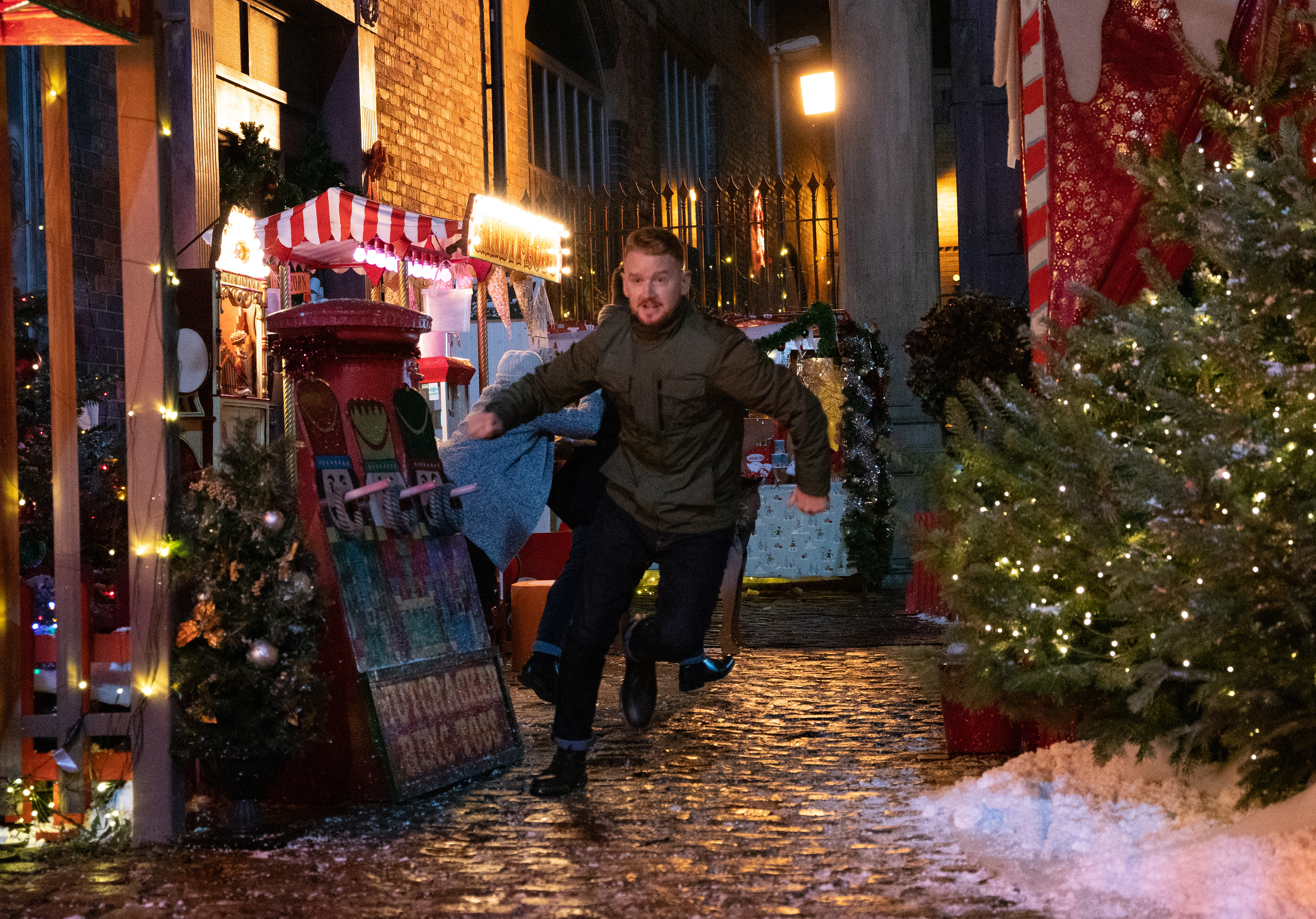 How does Derek react in Coronation Street?

Derek is devastated to have lost his kids forever and turns to the bottle to deal with his woes.

After stealing an antique gun from the furniture shop, Derek bursts into the Rovers and points a rifle at the evil loan shark.

He then chases Gary into Winter Wonderland where he launches an armed siege.

Official spoiler pics show him stalking the cobbles as the residents caught in the chaos hide in terror. 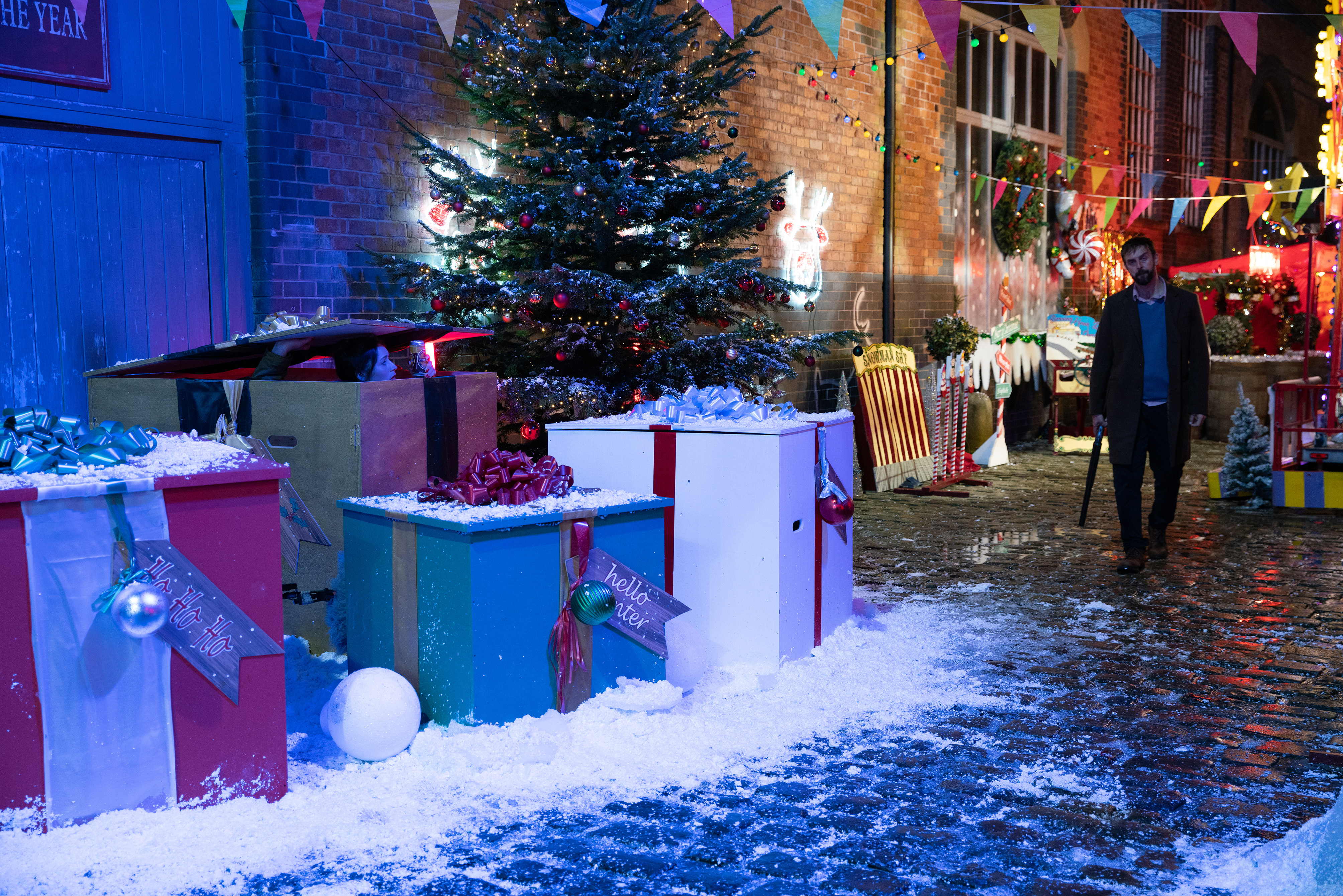 Who is shot in Coronation Street?

Shona and Robert Preston will get caught in Derek's firing line on Christmas Day.

While Robert is fatally shot, Shona's life is left hanging in the balance as she falls into a coma.

The Corrie Christmas trailer confirmed her fate when she opened a gift box with a bullet inside.

Actress Julia Goulding revealed back in July that she was planning on taking four months maternity leave.

The Sun Online also exclusively revealed in October that Robert is set for a gory end when the shocking mass shooting rocks the cobbles.

Tristan announced that he is leaving the ITV soap in April, tweeting: "Folks, I just wanted to let you know that the time has come for me to hang up the chef’s gear and head for pastures new."