Coronation Street fans are getting more and more worried about David Platt following his sexual assault at the hands of Josh Tucker last month.

David has already lashed out at Gary Windass in a boxing match, and now he is self-destructing in a different way. Tonight’s (April 23) episode saw him kiss Maria Connor and tell her that he loves her, before he told new salon worker Emma Brooker to close up shop and go back to his house. 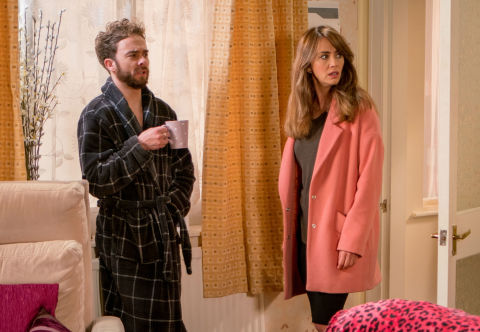 But Maria went over to his house to see David had been drinking and Emma in a state of undress. After Maria left, David asked Emma (who he has known for just a few days) to move in with him.

Viewers are worried his behaviour is another sign of him really struggling to cope following his rape, and that he is taking advantage of the young and naive Emma in an effort to assert the masculinity he feels he has lost.

David’s storyline is set to take another dark turn as he faces jail time for missing a court date.