In scenes shown earlier in the first episode earlier in the evening, Sally was sentenced to four years in prison for the crimes of fraud, money laundering and bribery, which she did not commit. 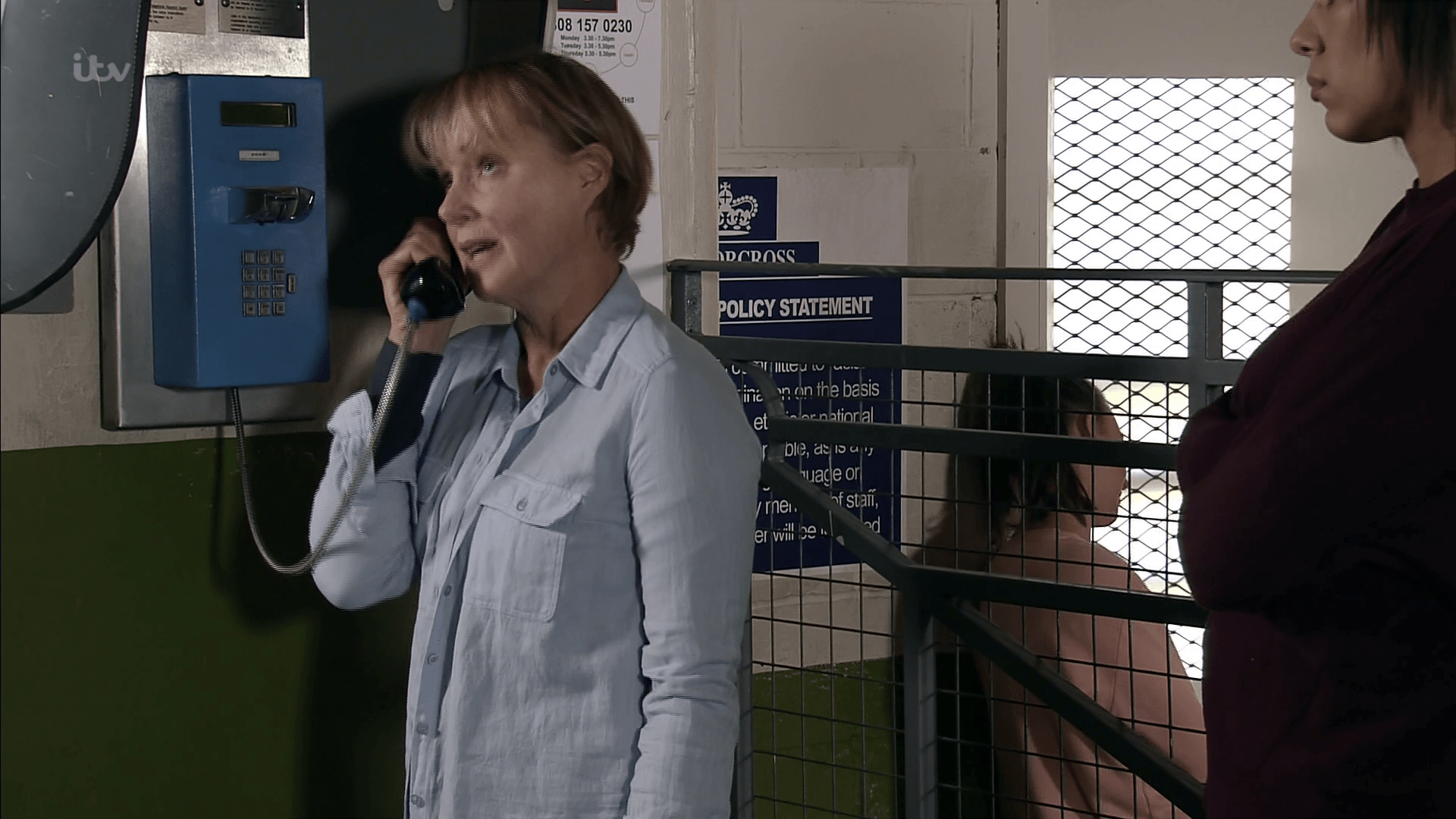 Calling home to speak to her sister for support, Sally told Gina she was in shock after hearing the judge's sentencing.
Gina replied: "I am so sorry Sal, he twisted my words."

Sally said: "[Tim] accused me of having an affair. The last thing I need right now is my husband calling me a liar."

"I just think he needs to process everything… you know what he’s like," Gina told her.

Sally hit back: "You know what the really upsetting this, I need him more than ever right now." Telling Tim what Sally had said, still believing she had cheated, an angry Tim said: "She’s got a nerve that sister of yours… I’ll give her what she wants. No contact."

Later, Gina was seen with a bag as she told Tim she planned to leave the home he shared with Sally now she was no longer there. 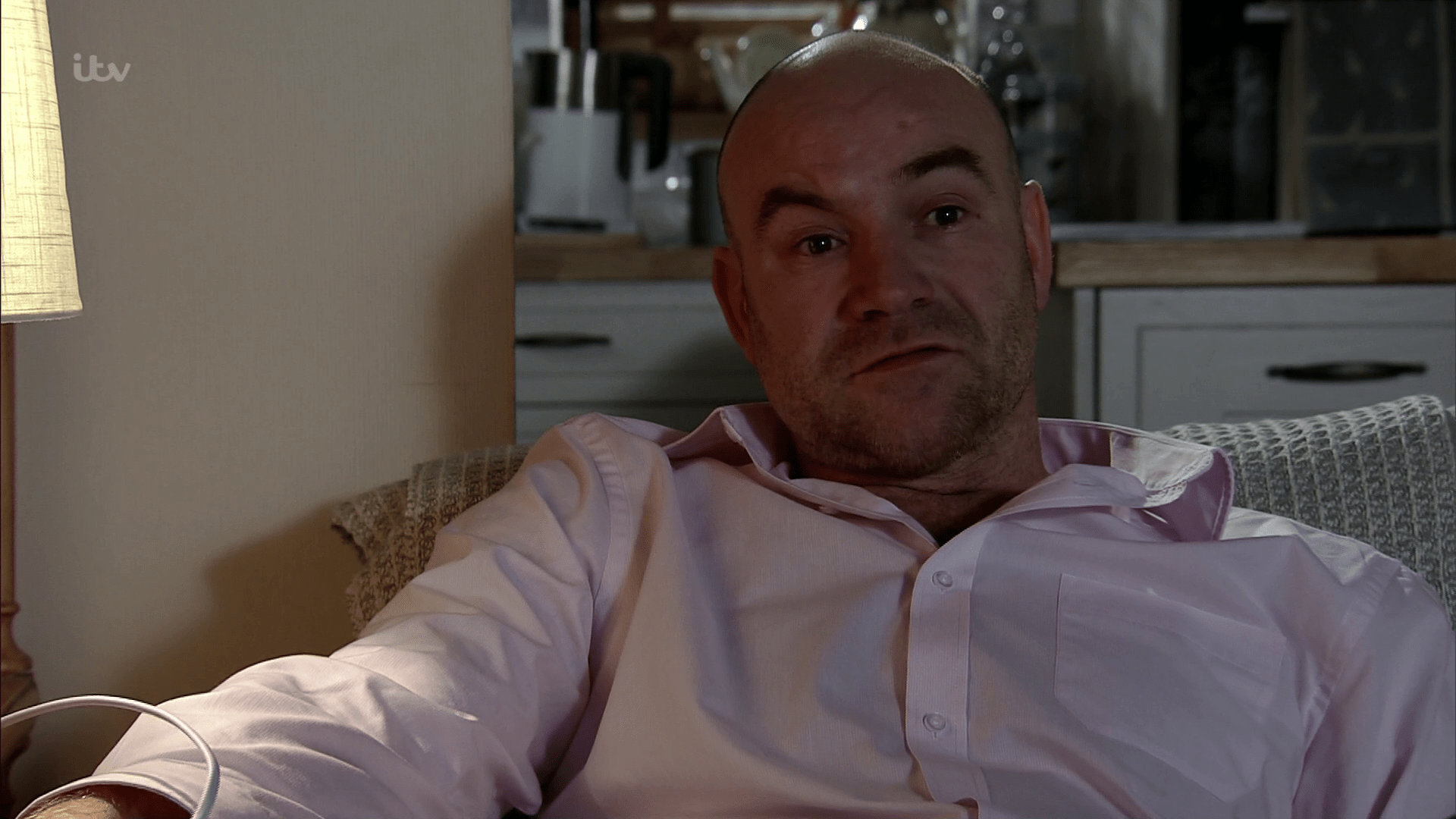 But Tim insisted: "The only place you’re going is back inside with me. Come on, love, I can’t get through this without you."

Taking to Twitter, a furious viewer wrote: "Gina's such a bad person… telling Tim that Sally doesn't want to see him. Pushing them apart.”

Another fan commented: “Poor Sally & her own sister stabbed her in the back too.” 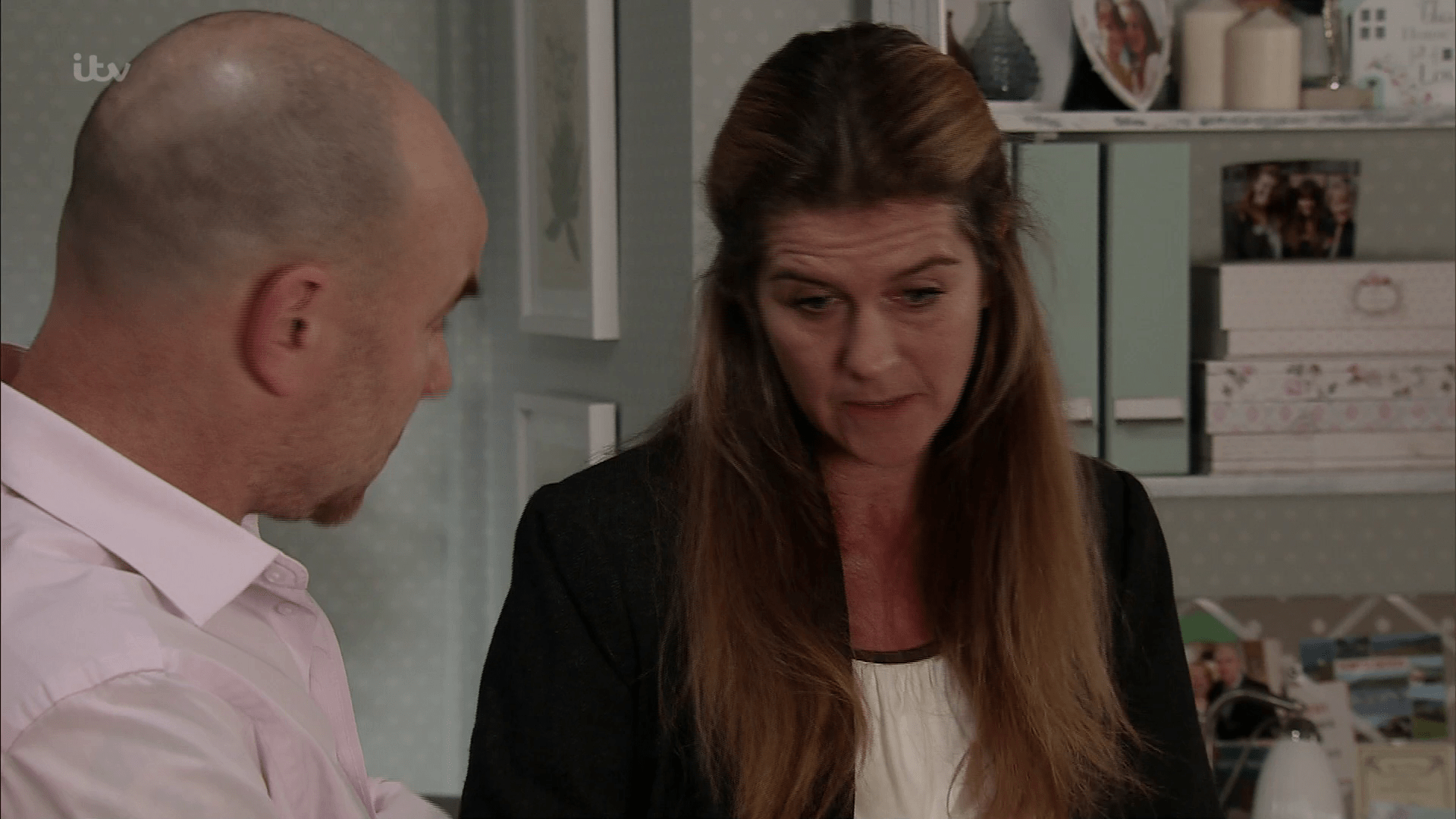 One other person remarked: “Poor Sally gave two faced b**ch Gina a roof over her head when she should have kicked the nasty bitch out. Vile piece of trash.”

And another person wrote: “Gina stop lying. Tim doesn't love you or want you.”

Earlier in the evening, viewers of the popular ITV show watched as Sally was sentenced. The judge told her: "As mayor of Weatherfield a community placed its trust in you to act honourably and honestly on its behalf. You betrayed that trust and have been found guilty of bribery, fraud and money laundering.

“Taking into account your public position, I hereby sentence you to a four year custodial sentence. Your time in remand will be taken into account.”

Taking to Twitter and referring to the fact her husband Tim thinks Sally is guily, one outraged fan wrote: “Can't bear this Sally storyline, Tim is being such a fool.”

Another angry viewer posted: “Again, I will state this until it is done. This Sally false fraud storyline is dreadful!” One other show fan remarked: “This whole #Sally storyline in #Corrie is the biggest pile of s**t!!!”

And another Corrie fan commented: “So are you really saying Sally has got 4 years, for doing nothing. What a joke @itvcorrie. Why do innocent characters always go down. And the man who is lying has got off Scott free #corrie.” Sally has been on trial fraud, money laundering and bribery.

However, as the guilty verdict was read out in a previous episode she collapsed in the dock sobbing. 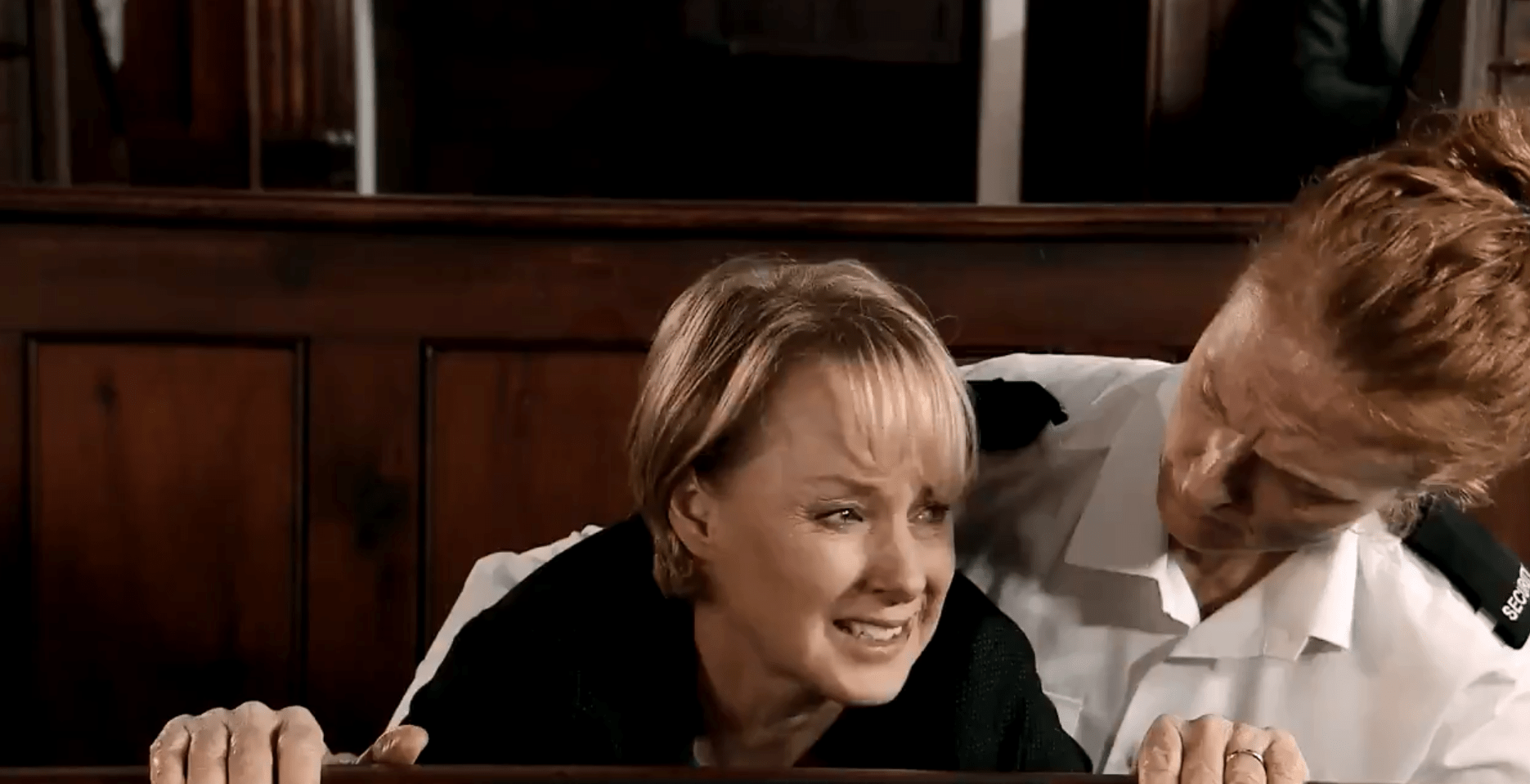 Those watching at home took to Twitter in anger at the unfair turn of events.

One wrote: "#Corrie The Sally guilty storyline is so horrible, that I am boycotting Coronation Street until Sally is released! Great story writing by the scrip writers, but sick and twisted story lines in the name of drama! #sadTV"

Another commented: "Oh #Corrie! How can you do that to Sally?!? #coronationstreet"

A third shared: "Come on #Corrie you can't do that to Sally she's done nothing wrong" 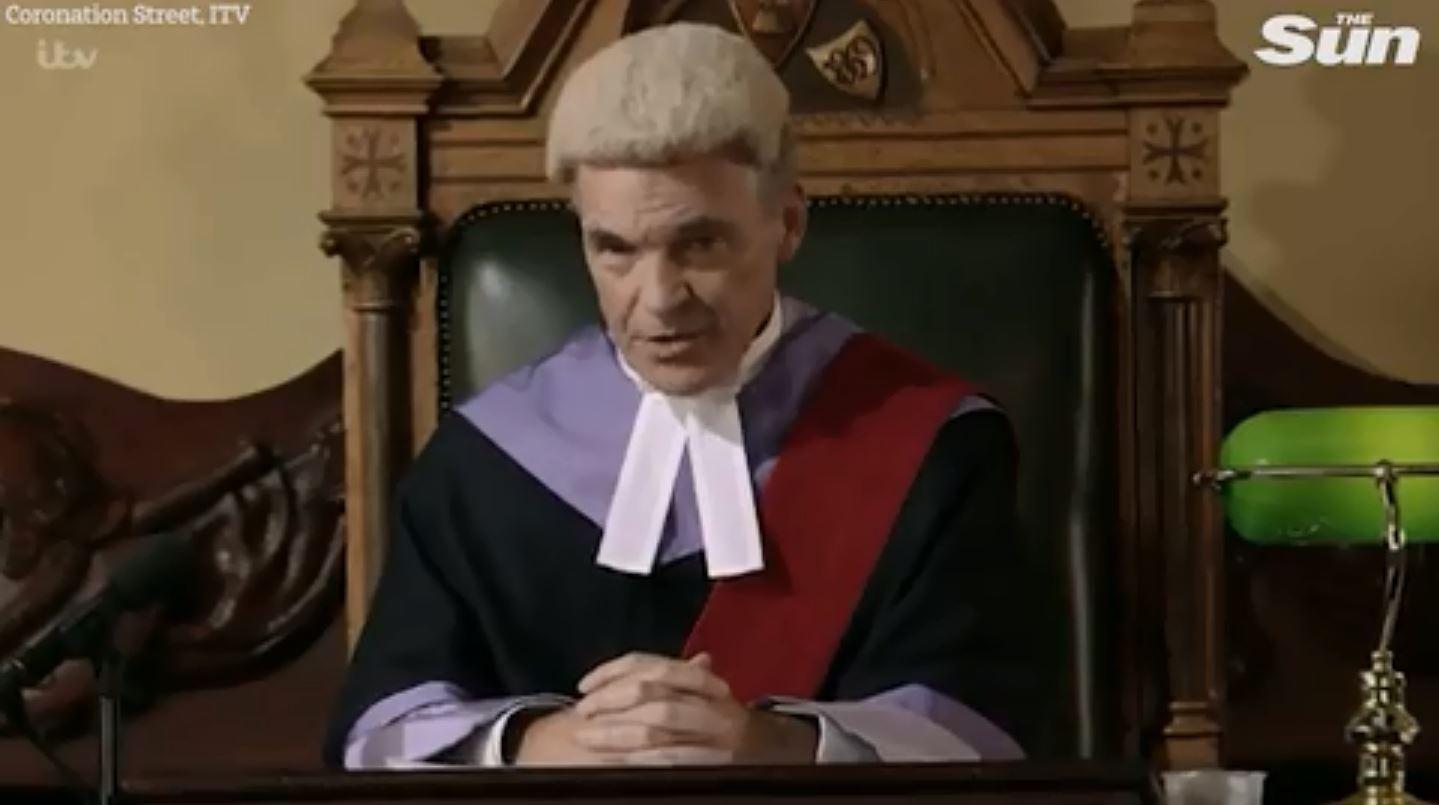 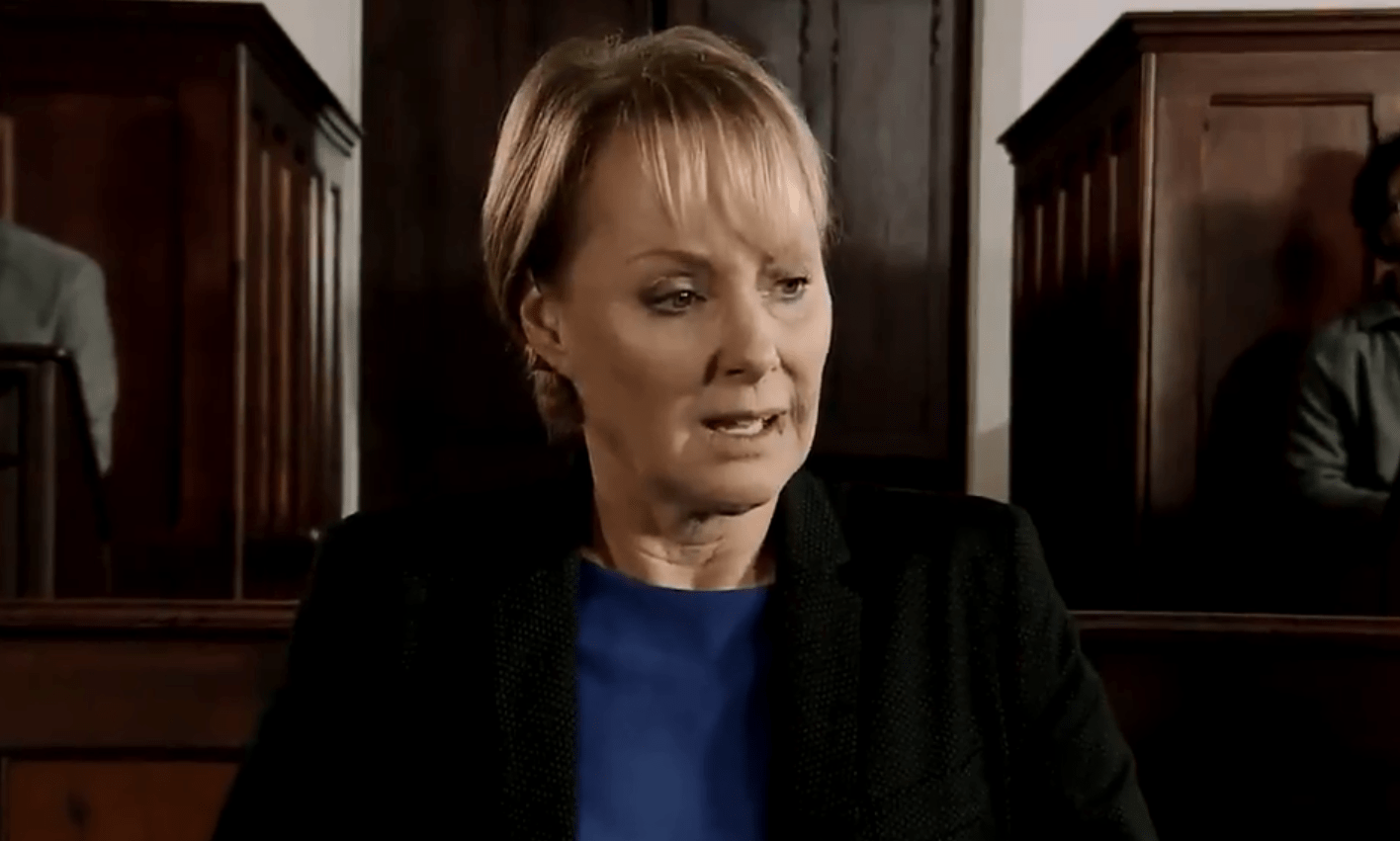 It comes as Gina – who is played by actress Connie Hyde – dramatically turned on her sister, while her feelings towards Sally’s husband Tim deepened.

Viewers watched outraged tonight as Gina arranged to meet up with Duncan, the conman who set up Sally for his scheme.

And after she was done, she went home and revealed her plan to fans while oblivious Tim and Sophie backed her.

“I’ve been out walking and mulling things over,” she told Sophie and Tim, lying about her whereabouts.

“I want to testify. It can’t be anymore stressful than sitting on my hands. After what’s happened I don’t think I have a choice. Everyone needs to know what my sister is really like.” 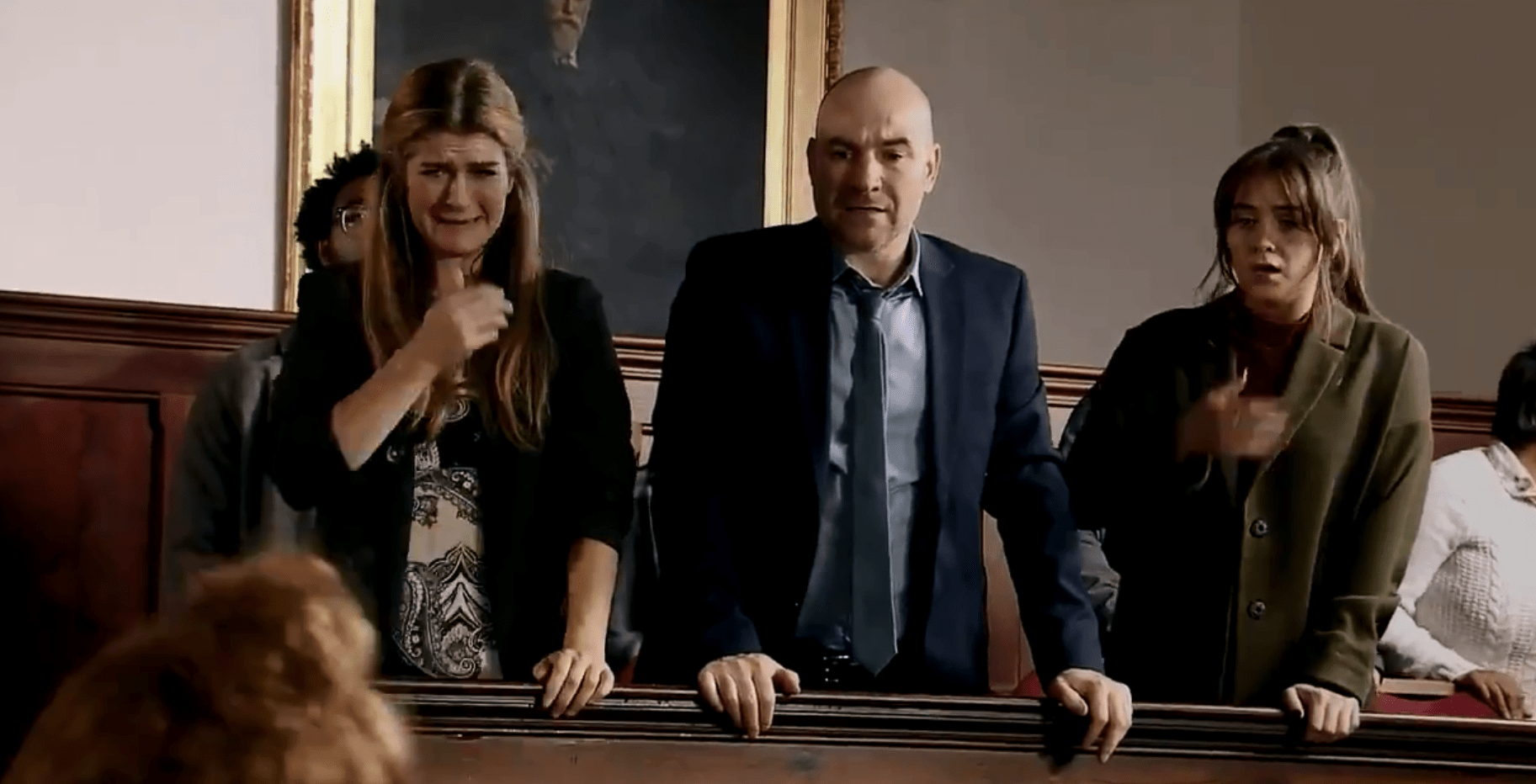 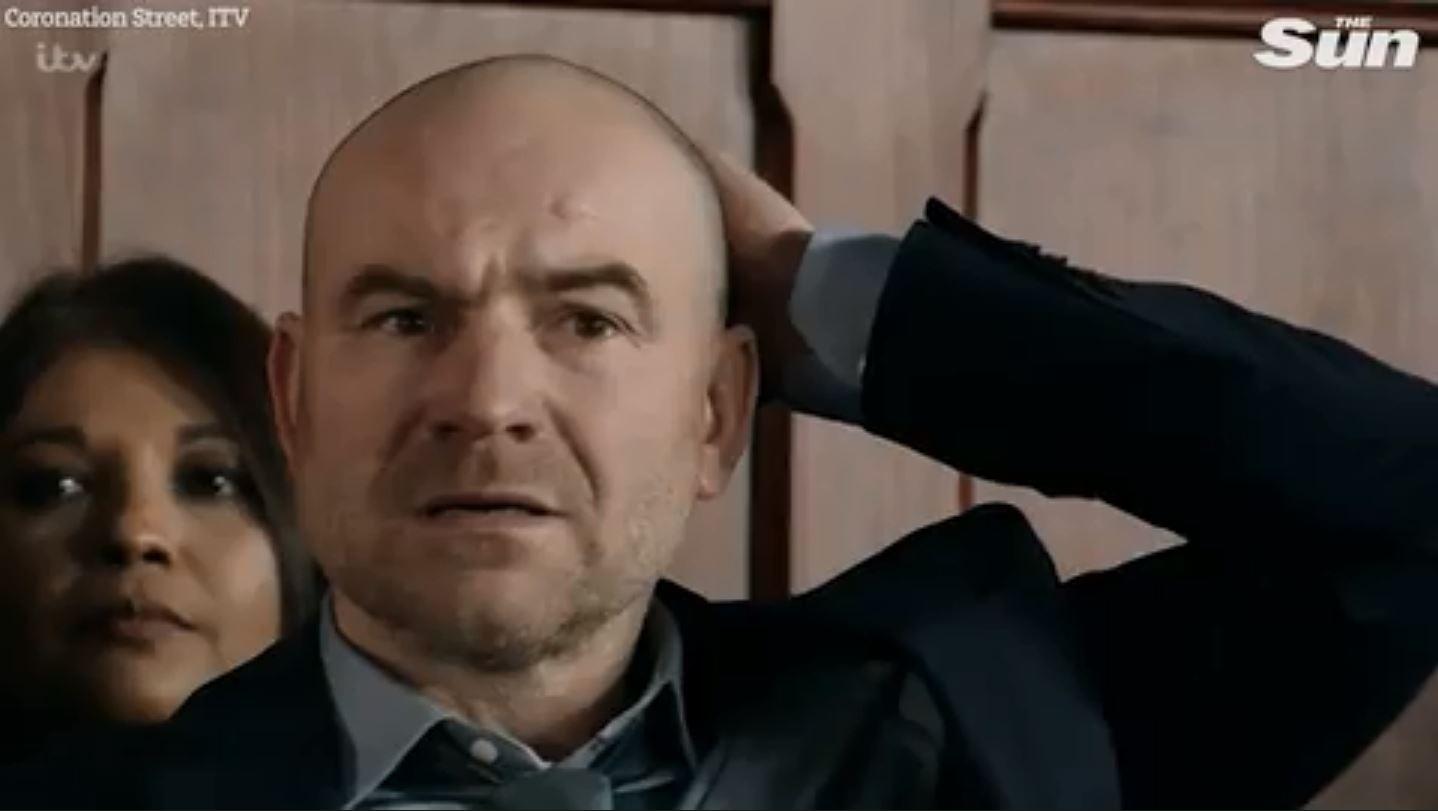 But while Sally thinks things are bad now, they're about to take an even worst twist.

The Sun Online exclusively revealed last month how Sally will lose her house after husband Tim is forced to repay the council for the money Duncan took.

He stole £40,000 from the mayor's charity fund after convincing Sally to give it to him for his fake charity.

A source told The Sun Online: "Sally's barely coping behind bars as it is and the thought of going home is the only thing that's keeping her going.

"Losing her house and her beloved kitchen will be a blow she will struggle to cope with as she's left to rot in prison."