The character – played by Catherine Tyldesley – has been keeping her pregnancy secret from her family, with Toyah Battersby being the only person who knows. 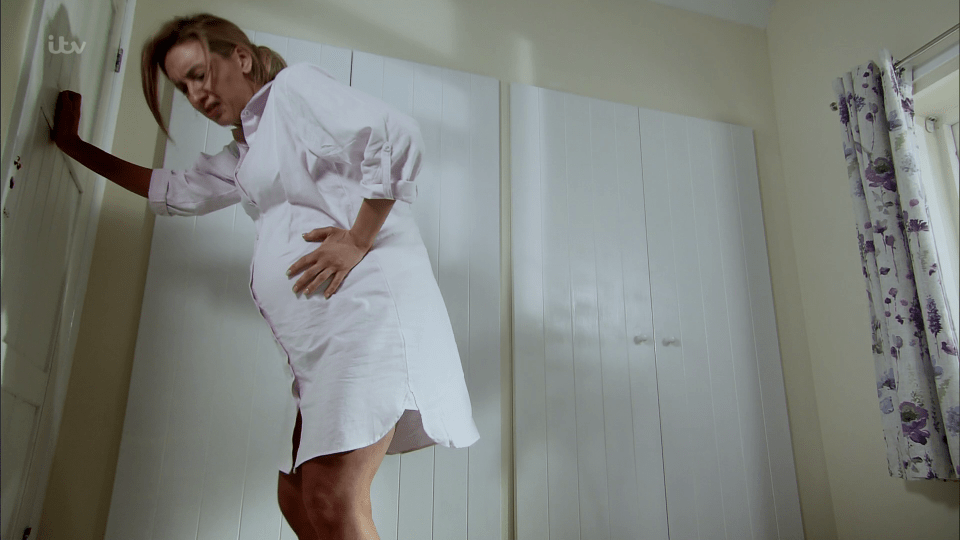 The pair decided Eva should stay in a rented cottage in the countryside in her final weeks, as her bump was becoming too hard to hide.

But in tonight's episode, Eva went into early labour, just as she had trapped herself in the bathroom.

After she tried to cool herself down with some cold water, Eva tried to open a window, but they were locked.

As she went to leave the bathroom, the door was stuck, so she yanked on the handle, pulling it off the door and trapping her inside. 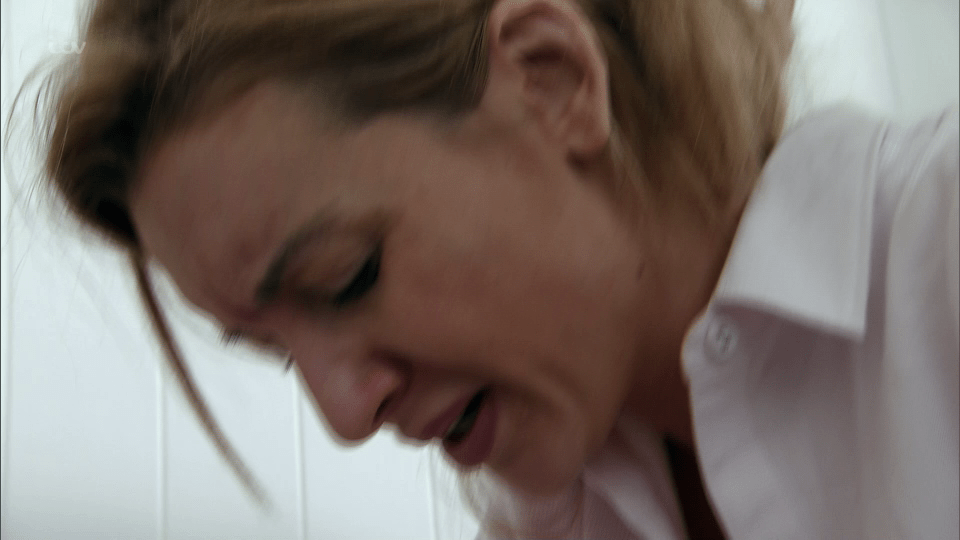 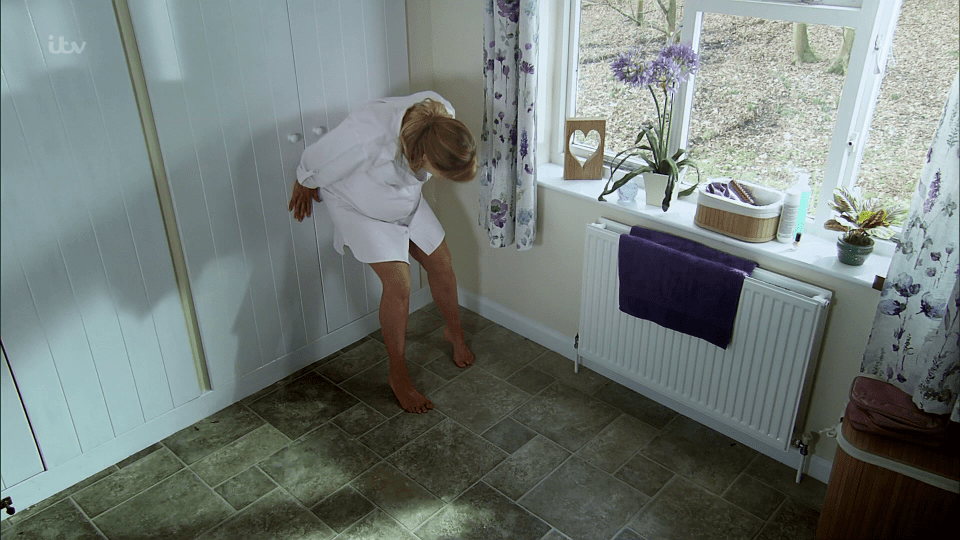 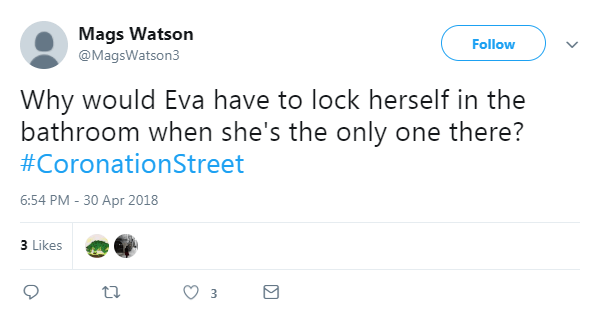 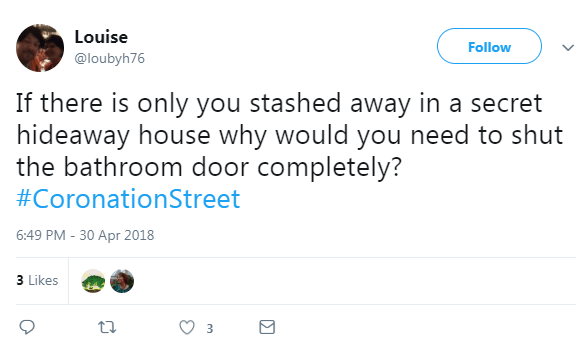 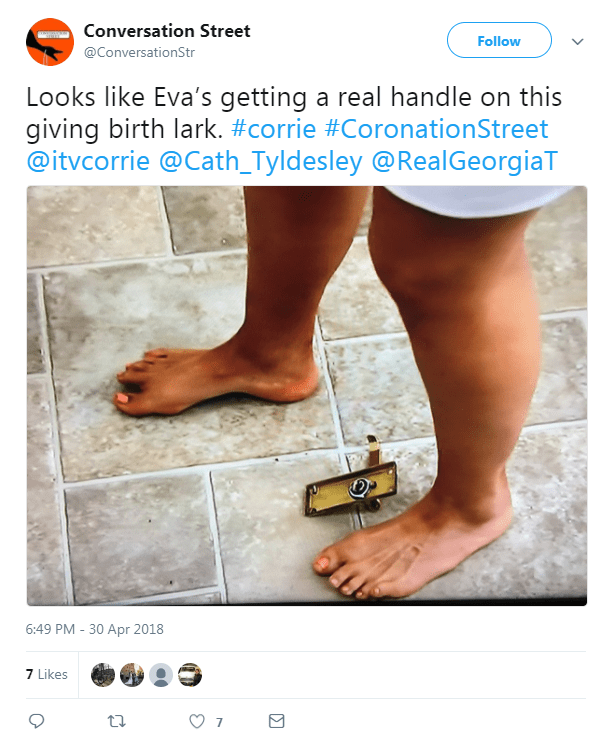 Just then, her waters broke, and Eva was forced to put towels down on the floor as she dealt with her contractions alone.

But some viewers questioned why Eva had shut the door in the first place, considering she was living in the house all by herself.

Taking to Twitter, one wrote: "Why would Eva have to lock herself in the bathroom when she's the only one there?"

Another added: "If there is only you stashed away in a secret hideaway house why would you need to shut the bathroom door completely?" 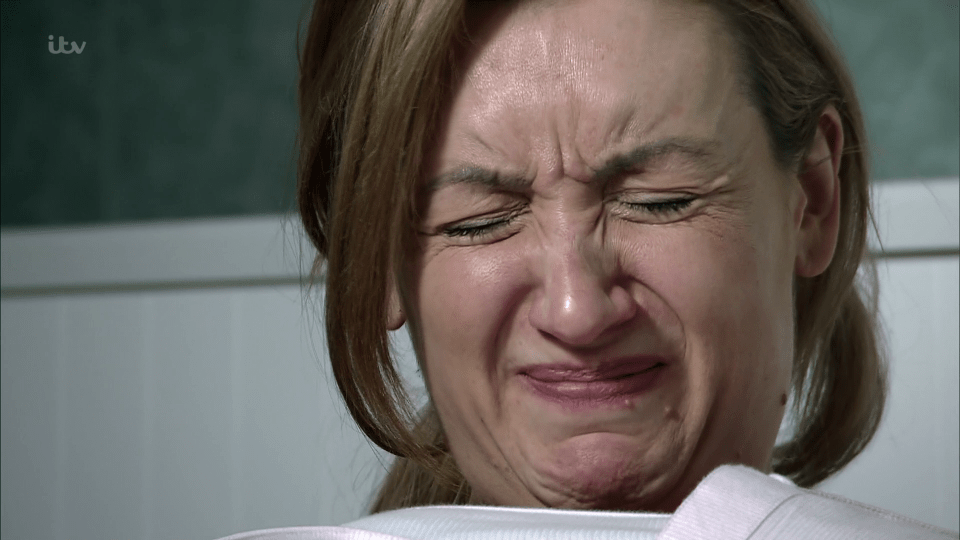 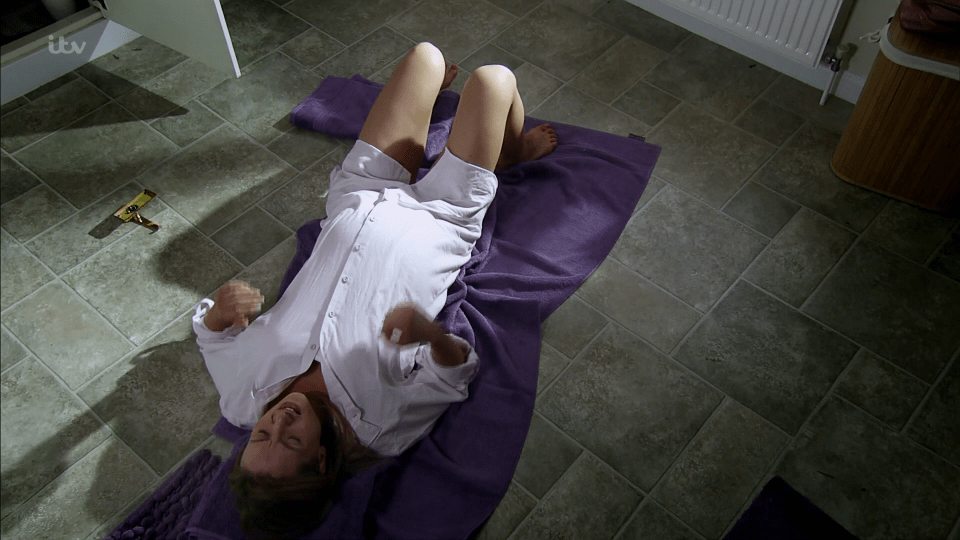 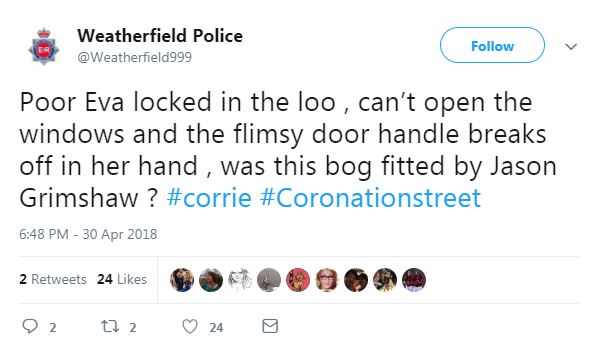 A third joked alongside a screen shot of the handle on the floor between Eva's feet: "Looks like Eva's getting a real handle on this giving birth lark."

Others were more distracted by the door itself, with one writing: "Funny how Eva couldn't get out of that room where was the metal bit that goes through the door handle to the other side".

A fellow viewer commented: "Poor Eva locked in the loo, can't open the windows and the flimsy door handle breaks off in her hand, was this bog fitted by Jason Grimshaw?"