As Charlie Lawson has confirmed Jim McDonald will be back in Weatherfield later this year, we look at the "cobbles reshuffle" to see who's leaving and who's coming back. 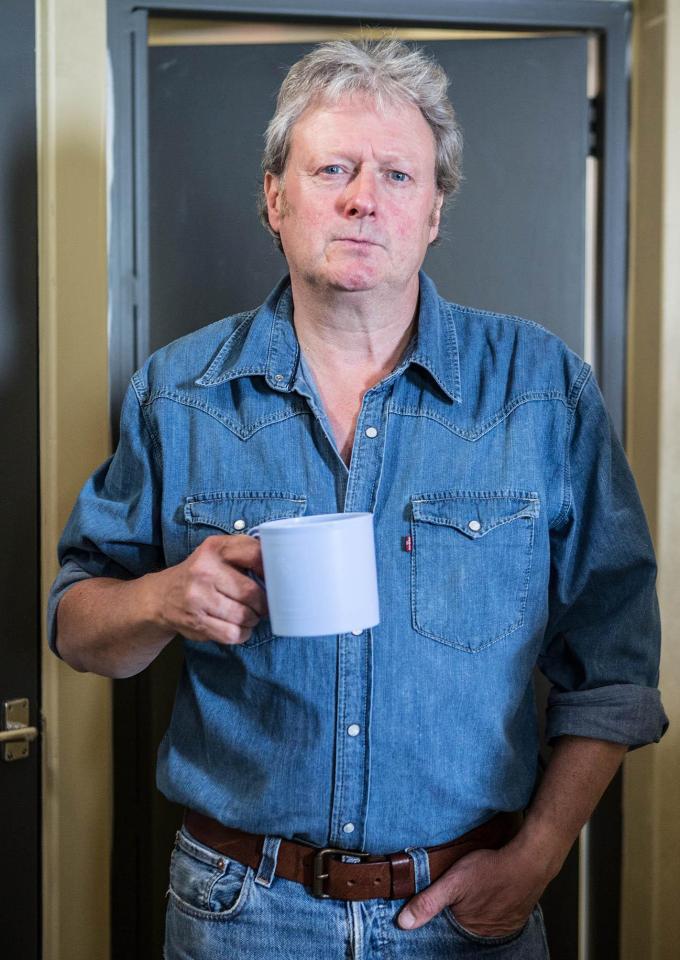 Charlie Lawson has confirmed his character Jim McDonald will have an "explosive" comeback to the cobbles later this year.

Jim is currently in prison after he robbed a building society to try and get enough money for Liz McDonald to buy the Rovers Return.

He was sent down in 2011 and is due to be released this year, causing fans to speculate that he might return to the soap.

Now Charlie has confirmed we'll be seeing Jim back on the ITV soap soon.

He told The Mirror: “They wanted me back full time this year but I couldn’t do it as I am doing Rebus on stage, and a thriller. I’m going to film a bit but then will be back again next year.”

A Corrie spokesman said: “Jim is such a hugely popular character. We’re delighted he is coming back for what will be a typically explosive Jim storyline.” 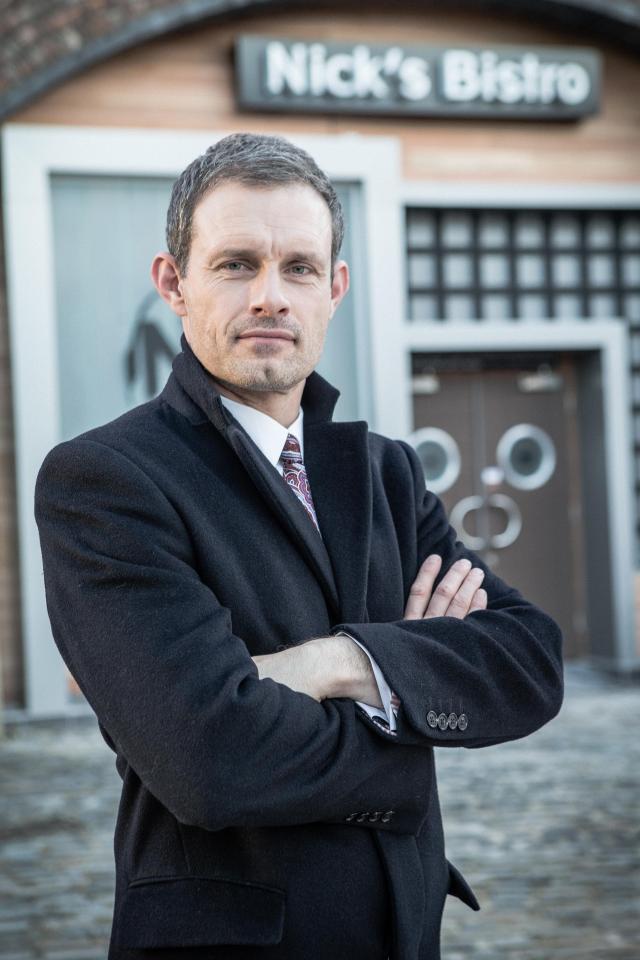 Following his near-death experience after almost drowning in quicksand, Nick – played by Ben Price – decided he needed to change his life.

He told mum Gail Platt: "I don’t like the person I’ve become, I wanted so much to be a dad but not like this.

The Sun revealed Nick will return this summer with an insider saying: "Exactly how Nick will be brought back into the fray is still to be decided.

"But the Platts, and in particular Nick, are a massive part of the Corrie family and always at the heart of some of the show’s biggest storylines.

“Producers are currently coming up with a bombshell way for him to come back to Weatherfield.” 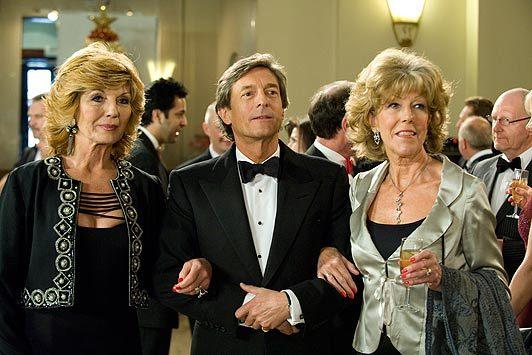 The Sun revealed that Nigel Havers and Rula Lenska are due to return to the cobbles later this year in separate storylines involving the soap’s veteran character Audrey Roberts.

The move will no doubt be popular with fans, who last saw Rula as mischievous hairdresser Claudia Colby in 2011 and Nigel playing dastardly Lewis Archer in 2013.

An ITV source said: “Producers are delighted to have Nigel and Rula back.

“They were both hugely popular on the show, and it feels like an age since either of them were last on the cobbles.

“They are returning this summer but at separate points and in different storylines. Both stories will involve Sue Nicholls, who plays Audrey.

“Smooth-talking Lewis will have his eye on Audrey, while Claudia is a real thorn in her side, trying to poach her staff and stealing her customers.

“It will be lots of fun and much more like the Corrie comedy of old.” 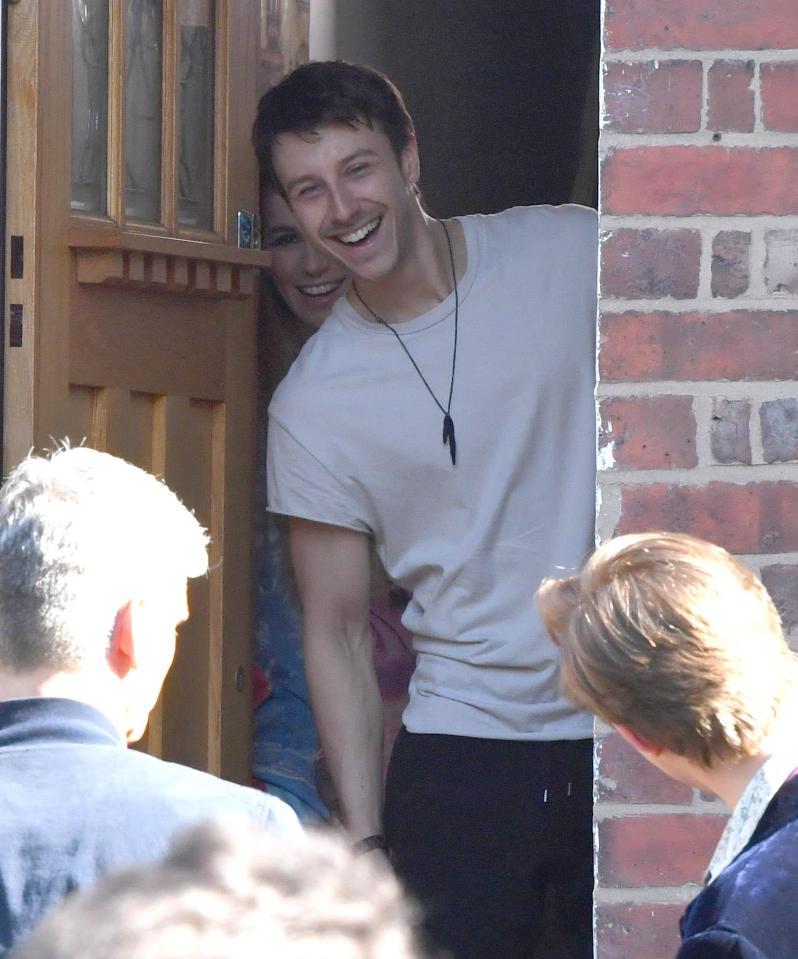 The actor’s first scenes see his character Ryan getting into a huge row with Michelle’s husband-to-be ahead of their wedding.

Wayward Ryan, who’s not Michelle’s biological son after being swapped at birth, will make his comeback later this month.

His on-screen sibling Ali, who’s Michelle’s son but was raised by another family, is already back in the street.

Ryan, who was previously played by Sol Heras, left the soap in 2013 to go and work as a DJ in Ibiza. 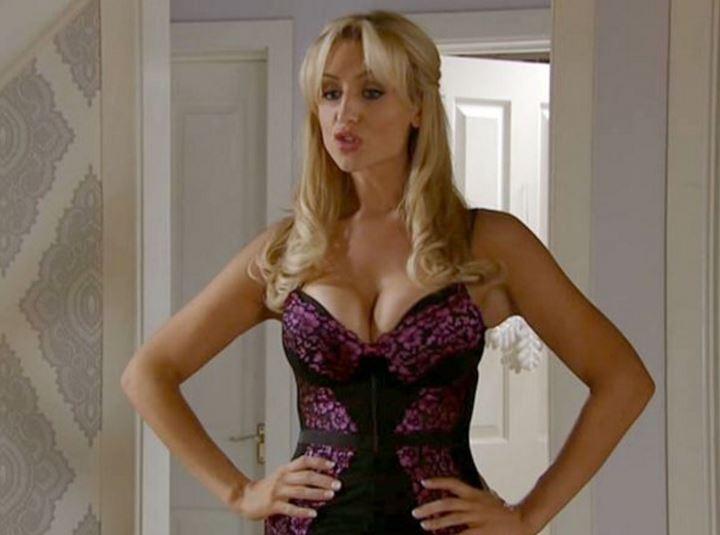 Eva Price has been played by Catherine Tyldesley since 2011.

Nicknamed "Eva the Diva", the character has been a factory worker and a barmaid at The Rovers Return.

She is currently pregnant with Aidan Connor's baby but is keeping the pregnancy a secret from everyone except Toyah Battersby.

Her plan is to give the baby to Toyah and her husband Peter Barlow who have had problems trying to conceive.

But there's always a possibility that she'll change her mind and leave the cobbles, taking the baby with her… 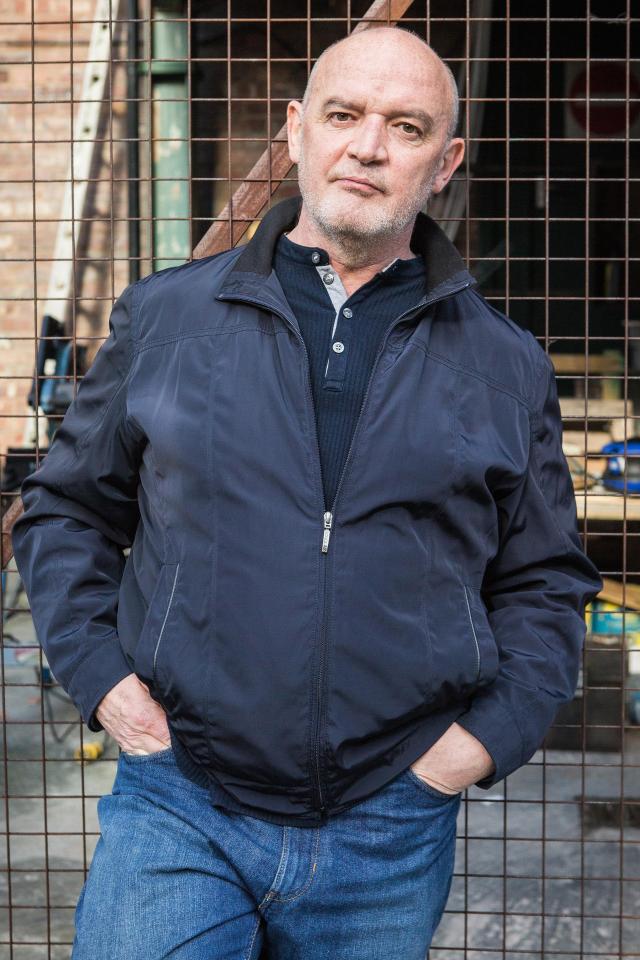 Pat Phelan is played by Connor McIntyre, 57, and made his Corrie debut in 2013.

He is one of the soap's most prolific villains but will reportedly meet a dramatic end.

He has killed Andy Carver and Luke Britton and even framed Anna Windass for GBH which led to her imprisonment.

On Good Friday 2018, Eileen pushed Pat off a lighthouse in Whitehaven in an explosive showdown.

Avid Corrie-watchers were left debating whether the murderer was truly dead, as they hadn't seen his dead body on screen.

Then on Easter Monday, it was revealed that Pat is very much still ALIVE.

Pat was seen having survived the fall and icy temperatures, and was comfortably propped up in bed in a B&B tending to his wounds.

The Sun has since revealed his next victim will be Michelle Connor but when will Phelan get his comeuppance? 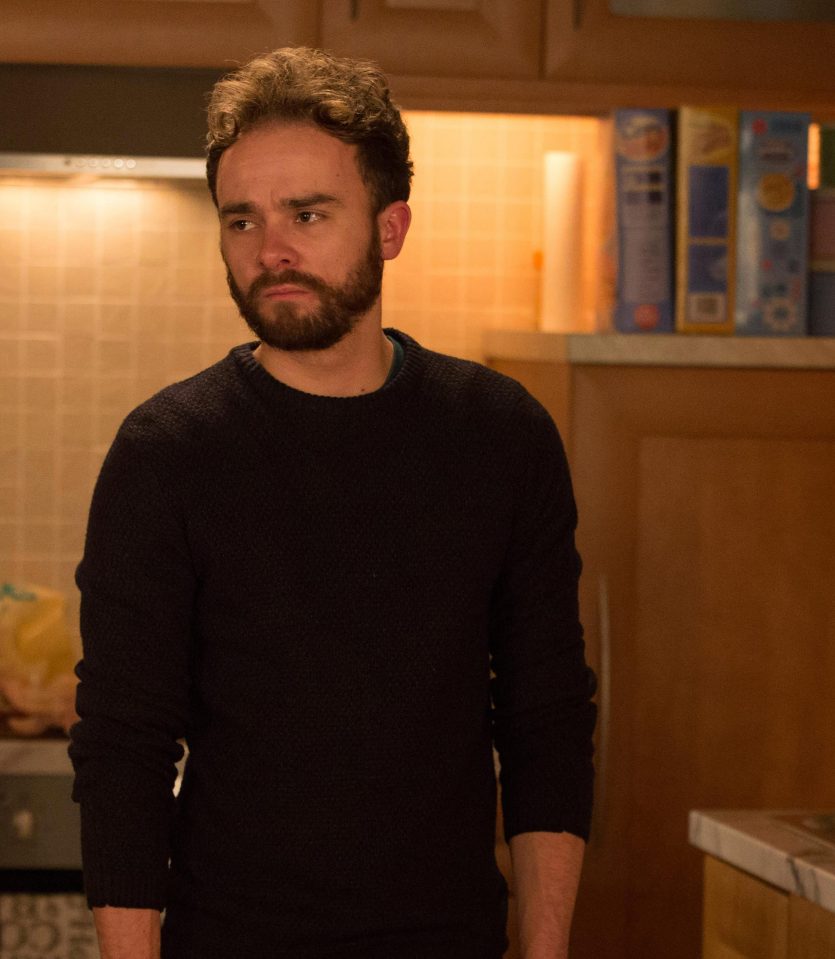 David Platt has been in Coronation Street since birth in 1990.

The character was previously played by Thomas Ormson and Jack P. Shepherd took over in 2000.

David is currently at the centre of a harrowing male rape storyline – a Corrie first – after being drugged by Josh Tucker.

When David's dad Martin Platt made a return and said he was moving to New Zealand, David briefly contemplated moving too.

It hasn't been confirmed whether or not David will still attempt to run away or stay to bring Josh to justice. 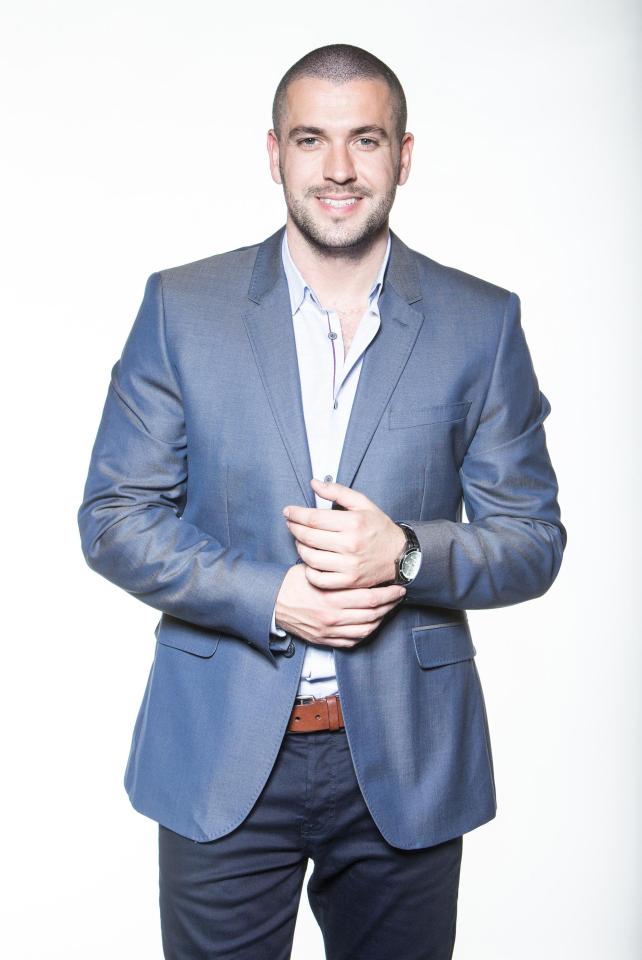 Aidan Connor is played by Shayne Ward and has been in the soap since 2015.

He became the boss of Corrie's iconic knicker factory, investing all his savings into the troubled business.

It's been confirmed that Aidan will leave the soap this Spring but the exact way he will exit is under wraps.

He has recently given a kidney to sister Carla so maybe he'll suffer complications following the operation? 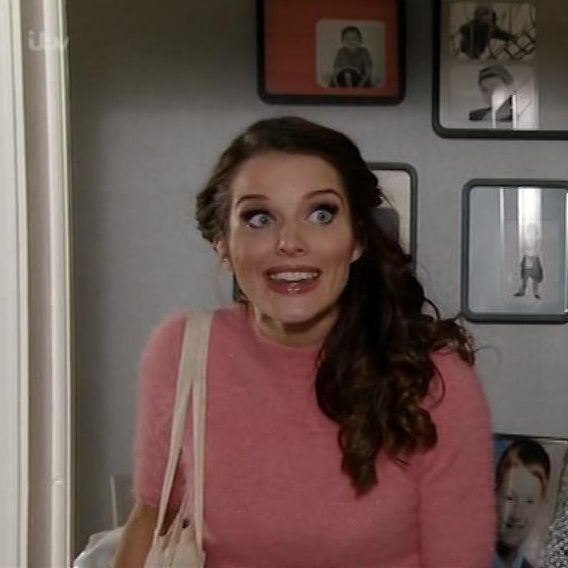 Rosie Webster has been a character on Coronation Street since birth in 1990.

She was previously played by Emma Collinge and then Helen Flanagan took over the role in 2000.

Helen will be taking a break whilst she gives birth to her second child, so Rosie will be making a brief exit.

The character previously left in 2012 to star in a reality TV show in London but Sophie brought her back again to Weatherfield in 2017.

Helen, who is pregnant with her second child, recently revealed she's already filmed her exit scenes.