The Duchess of Cornwall, Camilla Parker Bowles, has taken on a new project and became the guest editor for Country Life magazine. Alongside the project, Camilla has also made a documentary with filmmaker Michael Waldman, exploring her love for gardening and sharing an insight into her personal life with her family. During an interview with Carol Vorderman, Michael revealed that the Duchess of Cambridge, Kate Middleton, was chosen by Camilla to take the photos for the magazine and touched on their close relationship.

Carol Vorderman stepped in for Lorraine Kelly on Monday after it was announced that she had tested positive for coronavirus.

Whilst keeping her seat warm, Carol was joined by Michael to discuss the documentary, which is set to air tonight on ITV.

Discussing the closeness of the family unit and the special bond she shared with Kate, Carol began: “Also on the family side.

“Not just her relationship with Prince Charles but Katherine, the Duchess of Cambridge, took the photograph, she really is a very good photographer, and they are very close, the two of them.” 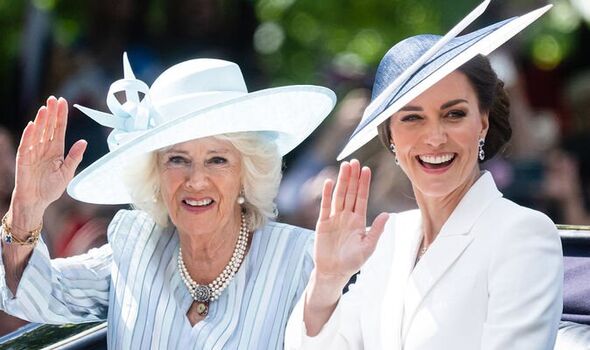 Michael explained: “Camilla talked about that, the taking of the photograph, which obviously was a coup for Country Life to get that.

“She described how it was relaxed there was no hair and make-up, they had a laugh, and it was just the two of them.

“She and Kate get on, and there is a relaxed sense in it, and obviously, Camilla chose Katherine, as she calls her, to do so because they get on well.

“She knows to have a good and relaxed portrait, the photographer is important, from Camilla’s point of view that it was, it was a lovely experience, and it comes across in the results.”