She’s hosted Strictly Come Dancing, The Film Show and Comic Relief over the years, but this year Claudia Winkleman will be presenting a new programme headed by Mary Berry.

Chatting with The Sun‘s Dan Wootton, Winkleman shared how collaborating with one of British telly’s most beloved figures was one hell of an easy decision.

“They had me at Mary. I didn’t know what the show was going to be about. They said, ‘Mary’, I went ‘yup’ and they went, ‘Do you want to know the premise? Nope it’s fine. It can be about avocados. May­be she wants to go abseiling. It’s a yes,” she explained. 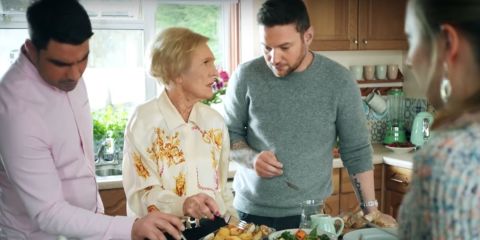 Somewhat besotted by the 83 year old chef, Winkleman continued: “There are lots of things about Mary that I love — her kindness. She is so sweet to the cooks — and all of us. Mary has such presence. So she’s warm and soft but we’re all slightly obsessed with her.

“We’ve hung out, we text, which is very sweet. She gets very excited when she gets a text.” 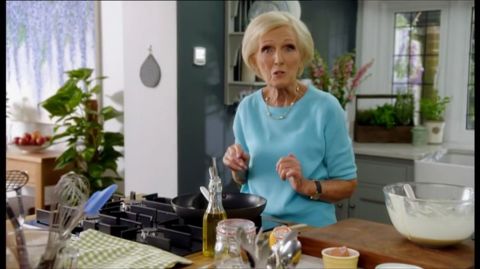 But it wasn’t all gushing over the former Bake Off host.

Winklman also explained what the show’s all about, revealing: “It is only about home cookery. The cooks aren’t desperate to open up little restaurants or to go their own way. There is no jus. There is no fizzy lettuce.”