Claire Foy has a message for all women in wake of The Crown gender pay gap controversy.

Last month, Left Bank Pictures revealed that Matt Smith earned more than Foy during their two seasons acting alongside each other, despite the fact Foy starred in the lead role of Queen Elizabeth and Smith played her consort, Prince Philip.

Left Bank has since taken responsibility for the pay gap and apologised, with Claire Foy previously claiming she “wasn’t surprised” by the fierce backlash to the disparity, before later calling it “embarrassing”.

Acknowledging that one positive element of the pay gap is that it has opened up conversations about what it’s like to be ‘a woman in the industry’, Foy noted the importance of women ‘being their own advocate’ moving forward, as well as speaking up about related issues without fear of being seen as ‘difficult.’

“I have had the most extraordinary revelation about myself and womankind,” Foy said (via Variety).

“It’s sort of amazing that the conversations people are having now, people think we’ve always been able to have, but we haven’t. 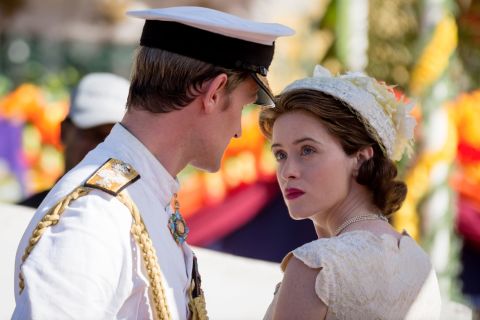 She added: “If I don’t speak up and support myself, then no one else can.

“It’s about being able to feel you can be your own advocate, and you can make a point, and you can say something without it being you being ‘difficult.’

“It can actually just be you supporting yourself.”

And that’s why she’s the Queen, folks.

The Crown airs on Netflix.