Civilisations star Mary Beard is thrilled that the series is being aired in America.

However, speaking on Good Morning Britain today (April 27), the historian confessed she was a little stunned after watching the US version.

As she tuned into the series over in the States, she claims that she, along with co-stars David Olusoga and Simon Schama had been heavily edited out by channel PBS.

“I felt I was significantly more edited than the men,” she admitted to Ben Shephard and Kate Garraway. “But I think you have to take the rough with the smooth here a bit.”

When asked why telly bosses may have decided to replace her with a famous actor to provide the voiceovers instead, Mary suspected it was down to her age and appearance. 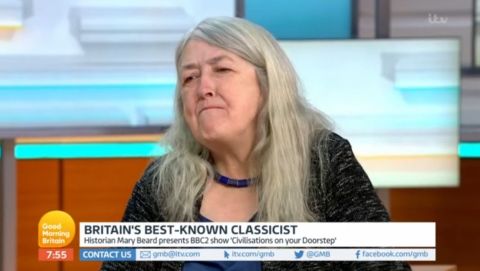 “I wouldn’t like to speculate but I know that some people, some people, I couldn’t say whether this was me, don’t know whether Americans are quite ready for a grey-haired, old lady telling them about art, looking a bit hunched as if she spent her life in a library rather than looking as beautiful as you guys,” she explained.

A spokesperson for PBS has previously said of the changes to the US broadcast (via the Daily Telegraph): “From its initial stages, the PBS version of Civilizations was conceived to be distinct from the BBC version.

“The PBS series intentionally broadens the perspectives presented in each episode by including a wider range of interviews with international artists, art historians and subject experts who have a direct connection to their areas of expertise.

“We value Ms Beard’s contributions to the series, and regret to learn of her criticism, however the PBS version was always intended to be a different presentational style from the BBC version.”

Although Mary now has a huge fan base in the UK, she admitted that audiences didn’t always take to her so easily.

In fact, critics were once very harsh about her appearance whenever she was on TV.

One complained that she should “make herself look a bit smarter”, while others accused her of “invading” their domestic space.

“I think that British telly has come on hugely in the last 10 years though,” added Mary. “It’s easy for us to know America for wanting very pretty young ladies doing their documentaries.” 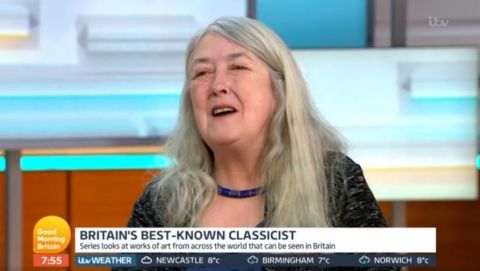 The 63-year-old also revealed that she often gets trolled on social media platforms about her appearance.

But she insisted that she is never overly offended because she’s confronted several people in person over statements they’ve made on the internet and they always regret it.

“I don’t think there’s anybody in the world that has been on Twitter for at least six months and not tweeted something they later regret,” she added. “I regret all kinds of things. One of the advantages of getting older though is getting a thicker skin, literally and metaphorically!”

Good Morning Britain is on ITV, weekdays at 6am. Civilisations is on BBC Two Saturdays at 9pm.